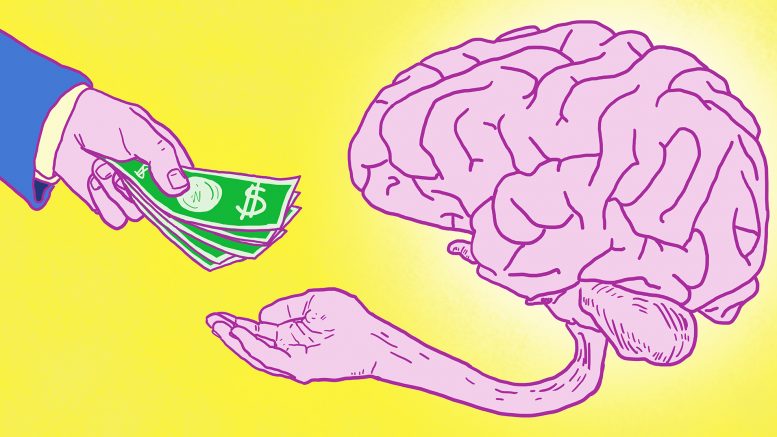 The U.S. Federal Trade Commission has begun handing out rebates after its recent legal battle with Lumosity, the “brain training” game that claimed it could “train core cognitive abilities.”

The last time the Manitoban covered Lumosity’s struggles with the U.S. Federal Trade Commission was earlier this year, when Lumos Labs, the company behind Lumosity, was forced to pay US$2 million after claims that Lumosity’s “brain training” games were actually effective were called unsubstantiated.

At that time, Lumosity ads were still a relatively common commercial break. More recently, however, Lumos Labs has cut its advertising budget immensely, spending just over US$500,000 for television ads this year, compared to US$11.8 million just last year.

The 13,000 requests for refunds received by the FTC, which will be paid for by Lumosity’s $2 million settlement, are just part of a larger monolith of brain games. Their popularity insinuates that it has become popular to look at serious illnesses such as dementia or Alzheimer’s the same way we view physical fitness – as something we can stave off if we just “tighten” our brain muscles.

Lumosity is keen on using this language too – one ad even called Lumosity “a fun workout” and “like a personal trainer for you brain.” The unfortunate truth is that there is no real research to back up these claims. Most of the neuroscience research that companies like Lumos Labs advertise was done on rodents and substantial evidence that better scores in brain training games translates to better cognitive function in day-to-day life has yet to be found.

There has been research, however, that shows encouraging evidence that playing games improves cognition, but this is not specific to games like Lumosity. This can include things such as card or board games, and the research behind this points more to the positive effects of socialization more than they do brain training – something Lumosity, a usually solitary activity, leaves behind.

So one might ask what the harm is in brain training games, and that more or less lies in the ethics of promoting brain training. It’s important to note that Lumosity did not just claim to improve memory function, but also claimed to help improve cognitive function in people with severe medical conditions. Lumosity claimed that their games could even improve the effects of combat veterans suffering from the effects of PTSD. There is real harm in providing false hope in such serious cases, especially when that hope comes at a price – note that Lumosity had a net worth of $23.6 million as of 2013.

Lumos Labs continues to stand behind their work. Amidst rapid account terminations – while Lumosity could reach as many as 2 million iPhone downloads a month in 2013, there were apparently only 400,000 downloads across both Android and iPhone devices last month – they recently hired a new vice president of engineering, Christian Wilson, and are moving forward.

“With his track record of engineering leadership in both games and mobile, Christian will be instrumental in helping optimize and scale our technology to support our continued growth,” Steve Berkowitz, the CEO of Lumosity, said.