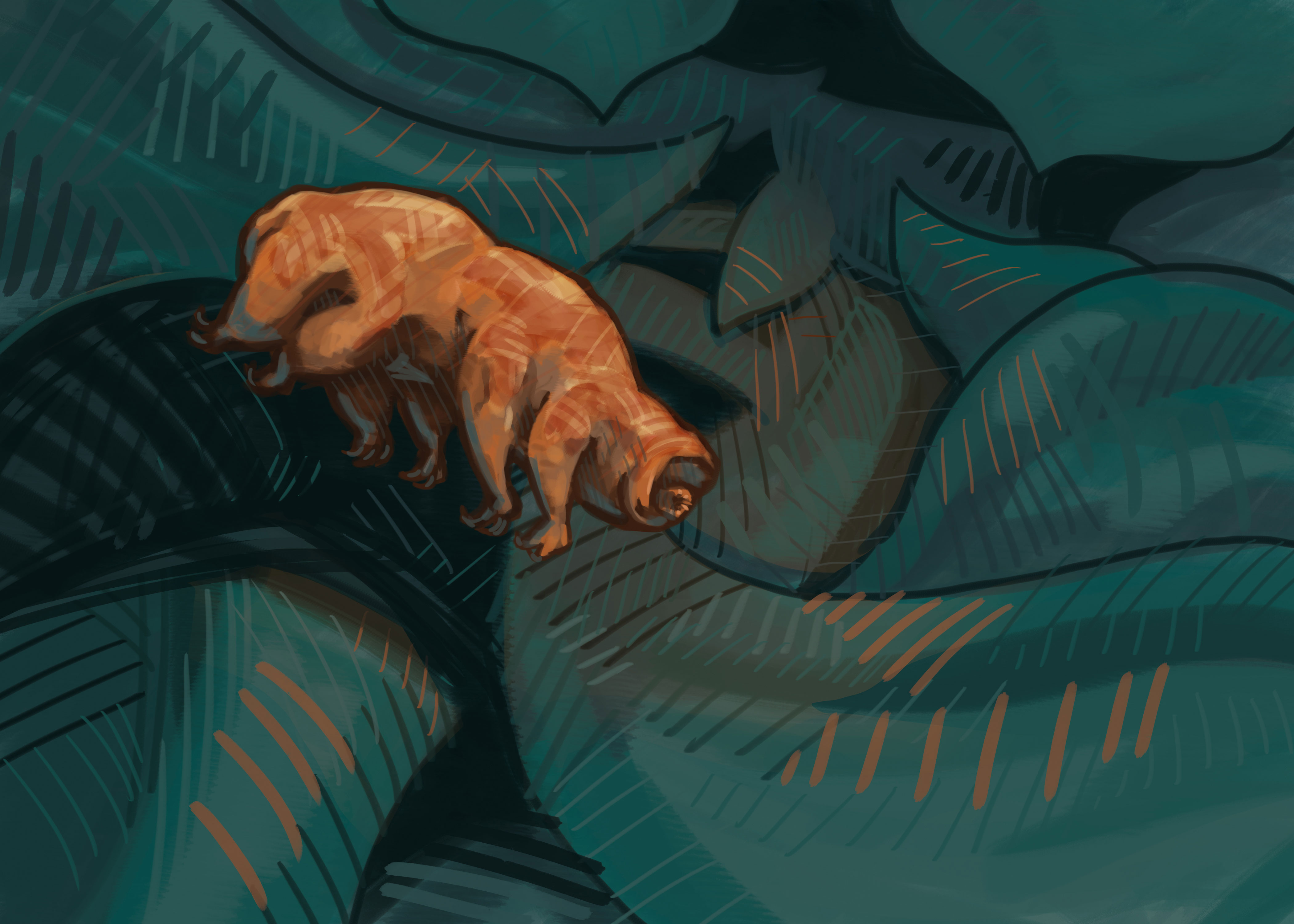 Special topics courses in biology will cover some of the experiments being done with Tardigrades at the U of M including modifying them with Green Flourescent Proteins.

The University of Manitoba Space Applications and Technology Society’s (UMSATS) TSATS-2 Systems Team intends to probe the hostility and forgivingness of the vacuum of space.

Tardigrades, also called water bears, are micro-animals that are invisible to the naked eye. These animals are of particular interest due to their ability to survive in extreme environments.

The UMSATS team plans on introducing tardigrades to the vacuum of space and observing their ability to endure this seemingly inhospitable environment.

The European Space Agency program has previously shown that tardigrades of the species Milnesium tardigradum can survive this exposure while in a dehydrated state.

This venture is being carried out by U of M researchers and students from several disciplines. Graduate student and biology systems lead Viridiana Urena Ramirez is overseeing the tardigrade project.

The team was able to cultivate small tardigrade samples from the U of M campus, but was unable to obtain enough specimens for the experiment.

“It says in the literature and everywhere you look on the Internet that [tardigrades] are everywhere [ . . . ] but we couldn’t find any,” said Ramirez.

Viridiana contacted a tardigrade researcher from St. Mary’s University College in Calgary, who supplied the UMSATS team with a sample of two different species, one of which was Milnesium. The UMSATS team decided to use the same species as the specimens used on the European Space Agency experiments.

Upon rehydrating the sample, the team observed that the larger tardigrades were eating the smaller ones.

“We realized that they needed a food source,” said Ramirez. They soon found out that the tardigrades ate rotifers, microscopic animals found in freshwater environments.

Since the tardigrades inhabit the same sample as the rotifers, distinguishing their movement from the rotifers was challenging.

The team decided on genetically altering the tardigrades to make them glow by expressing fluorescent proteins, molecules derived from those naturally found in glowing jellyfish. When exposed to UV light, these proteins shine back with a particular colour. This way, it is possible to distinguish the tardigrades in orbit on the satellite.

Department of biological sciences associate professor Steve Whyard is overseeing two special topics courses in which the tardigrades will be manipulated.

In the first course, which is currently ongoing, the team is attempting to introduce the genes for these fluorescent proteins into the tardigrades. They are doing this by injecting the genes directly into adult gonads and by using a device called a gene gun.

“The gene gun delivers tiny micro-particles, little gold particles, which are coated with the DNA. We’ll try shooting both adults and eggs, and see if we can get delivery into the cells,” said Whyard.

The team is utilizing a transposon system known as PiggyBac. Transposons are pieces of DNA that have the ability to jump around between different DNA sites in a cell, and could therefore help insert the fluorescent protein gene into the tardigrades’ DNA.

A second special topics course for the winter term involves investigating the inheritance of the glowing trait throughout generations. Whyard is looking to recruit a student to take on this project. The student would carry out molecular analyses, while also receiving academic credit for their work.

The tardigrades will be contained in a simulated ecosystem chamber within the nanosatellite. The experiment involves exposing the tardigrades to the vacuum of space for one week. After that the chamber will be observed to see what the effects are on the tardigrades.

Currently, a control sample of tardigrades are being examined to determine what their typical diet and reproduction patterns are like.

“We want to evaluate how much oxygen they need and how many rotifers they eat [ . . . ] so that we have enough for the experiment,” said Ramirez.

The team plans to have their satellite completed by summer 2016.

For more information about the special topics course, stop by the team’s meet and greet occurring on Nov. 21 from 11 a.m. to 1 p.m.on the first floor of Armes. Follow the progress of the UMSATS team at umsats.ca

Building a movement to support women in science and tech

2 Comments on "Shooting tardigrades into space with UMSATS"