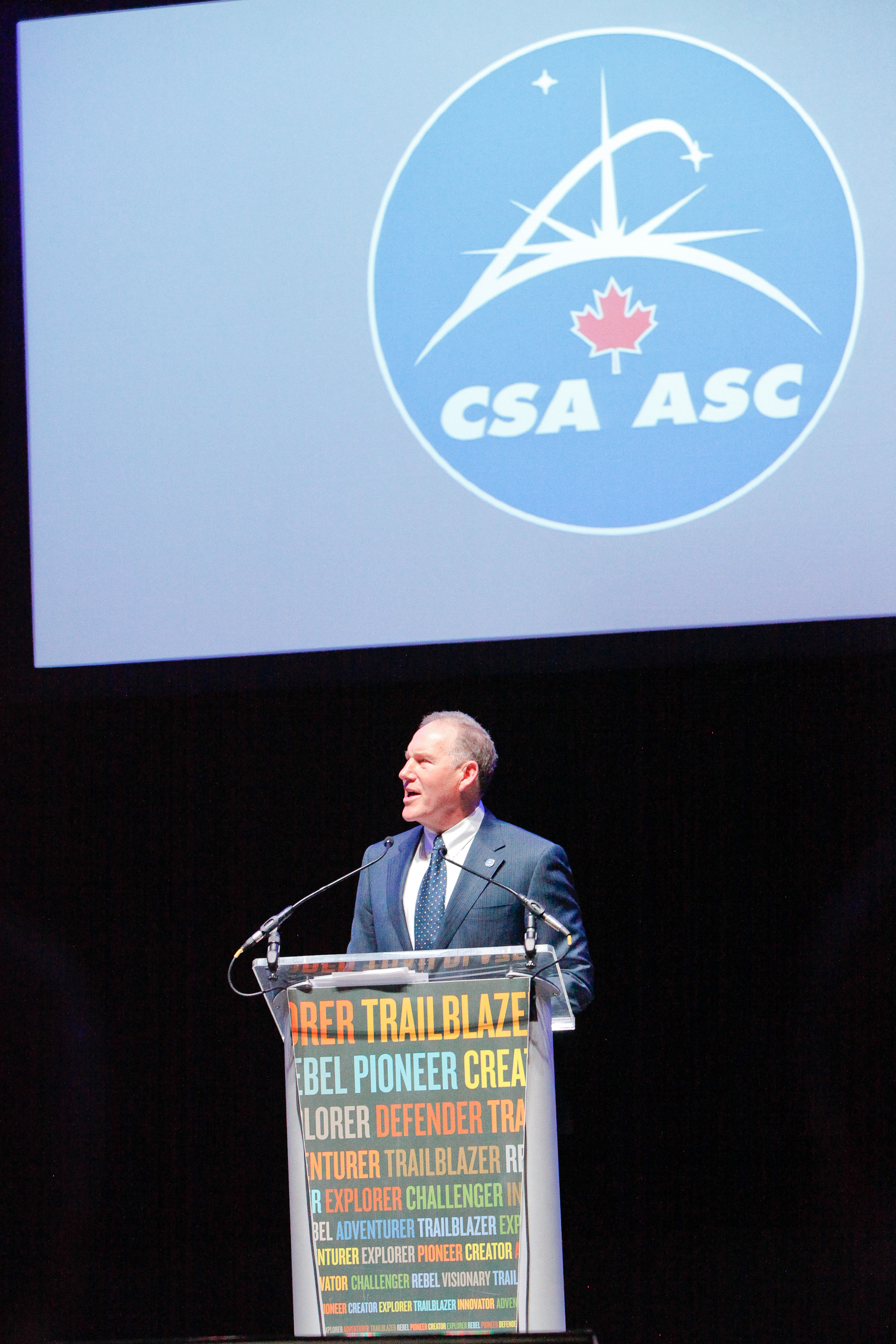 On March 12, the University of Manitoba held the event “Careers in Space,” for which a panel of individuals involved in the space science community discussed their roles and contributions within space science, the importance behind a career in space, and what it takes to get involved in the field. The event was accompanied by posters and presentations from various space-science-oriented groups, including the University of Manitoba Space Applications and Technology Society (UMSATS).

The first speaker, Laliberté, talked about the importance of his mechanical engineering background for his line of work, and how the degree had opened many doors for his career in space science.

Safi-Harb, the second speaker, discussed her research on supernova remnants – the leftovers of exploded stars. She is currently involved in a project on x-ray data of neutron stars, which she describes as “one of the most exotic objects we know currently in the universe.” Safi-Harb said that it was this research that got her “hooked to the field of astronomy.”

“One of the things I find most rewarding about my job is really interacting with students, especially with the young people from undergraduate level, even from high school level, all the way up to graduate students and even post-docs.” Safi-Harb said that “these are the people who really work on this data, and even make discoveries.”

The third speaker, Nickel, spoke about her focus on introducing space science to elementary school children through various hands-on activities.

“Interlake communities have the highest rate of Aboriginal foster care population in the province,” said Nickel. “You have kids that are damaged, that have not a lot of things going on for them, so the space club for some of them is their light.”

Ferguson, the fourth panelist, said that the work done by Magellan Aerospace “changes not just the way Canadians look at the earth, but people all over the world use radar satellite data every single day.”

He also talked about the significance of Manitoba’s contribution to space science. Ferguson said that when he met CSA president Walter Natynczyk earlier that day, Natynczyk “made a strong point of saying that ‘we in Winnipeg take for granted how great we are.'”

“We are very lucky. You look at what we have here at the U of M, look at the industries that are here – it’s fantastic, and we need to take advantage of that.”

The final speaker, Bujold, talked about representing Canada at the International Space Station (ISS) during his time as CSA president. “Canada is the third nation in space, and it is a member of the ISS. When you’re there, these countries contribute at different levels at the ISS. Their voice is equal, and so I was representing Canada’s position on the issues being discussed. That’s pretty heavy stuff.”

“For the first time in my long career, I had a job that had a tremendous cool factor,” said Bujold.

He stressed that “the more that space permeates so much of what we do, I think I’ve come to the conclusion that there are careers in space from every field of activity.”

Bujold also emphasized that “we will continue to do space exploration simply because space is there.”

Pawel Glowacki, a member of UMSATS and a master’s student with an engineering focus at the U of M, told the Manitoban that the panel “offered very good words of wisdom and also of inspiration in order to get the [next] generation excited about space.”

Todd & the Book of Pure Evil

Spare the rod, enhance the child