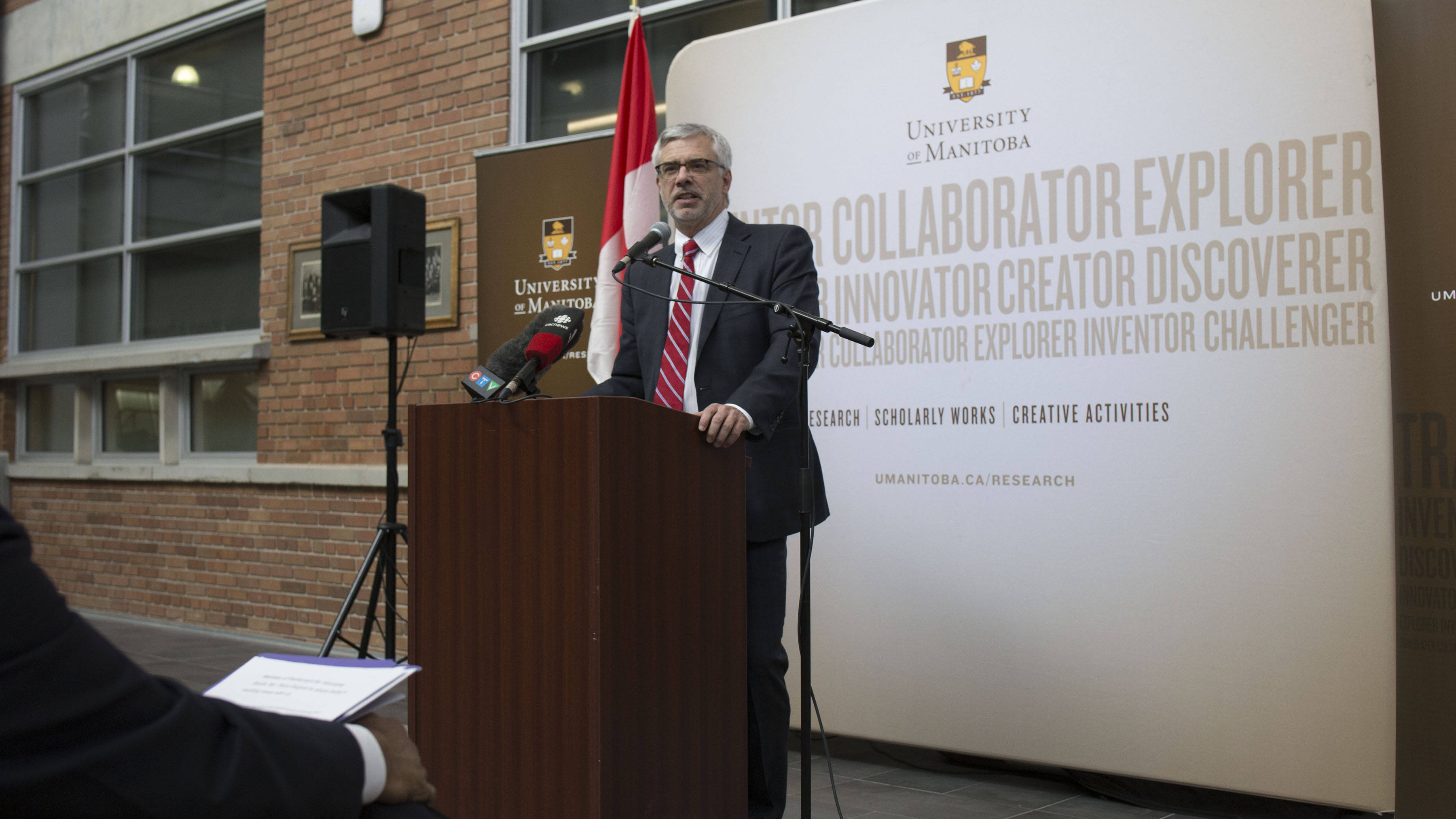 The Natural Sciences and Engineering Research Council of Canada (NSERC) announced $13 million in research funding and scholarships for U of M students Oct. 12.

The grants are part of a nation-wide $558 million investment into discovery research funding announced by minister of science and sport Kirsty Duncan on Oct. 9, the largest investment in discovery science in Canadian history.

The U of M grants have been awarded to students in a range of STEM disciplines. Projects include research into autonomous agricultural machines, thermostat dynamics and the reaction of fungi to extreme environments.

Winnipeg South MP Terry Duguid spoke to the U of M’s dedication to scientific advancement.

“The University of Manitoba employs thousands of people, contributes one billion dollars to Manitoba’s economy, and is a world leader in many fields, including infectious diseases, climate change, agriculture, intelligent infrastructure and the humanities,” Duguid said in a media release.

“I am proud that our federal government’s investment of more than $13 million in discovery research funding will give the researchers, scientists and students at the U of M the support they need to work on cutting-edge research that will impact the wellbeing of all Canadians.”

U of M food and human nutritional sciences researcher Filiz Koksel, a recipient of the NSERC discovery grant, introduced her research project during the announcement.

“I feel very fortunate to hold an NSERC discovery grant myself, especially as an independent researcher. My discovery grant has opened and will continue to open several doors for me,” Koksel said.

“With these funds, I [will] train the next generation of highly qualified personnel.”

The project Koksel received funding for focuses on processing pulses — seeds from the legume family — and cereals.

Koksel invited those in attendance for the announcement to observe a demonstration of a manufacturing device that aerates food products.

Life: all tangled up