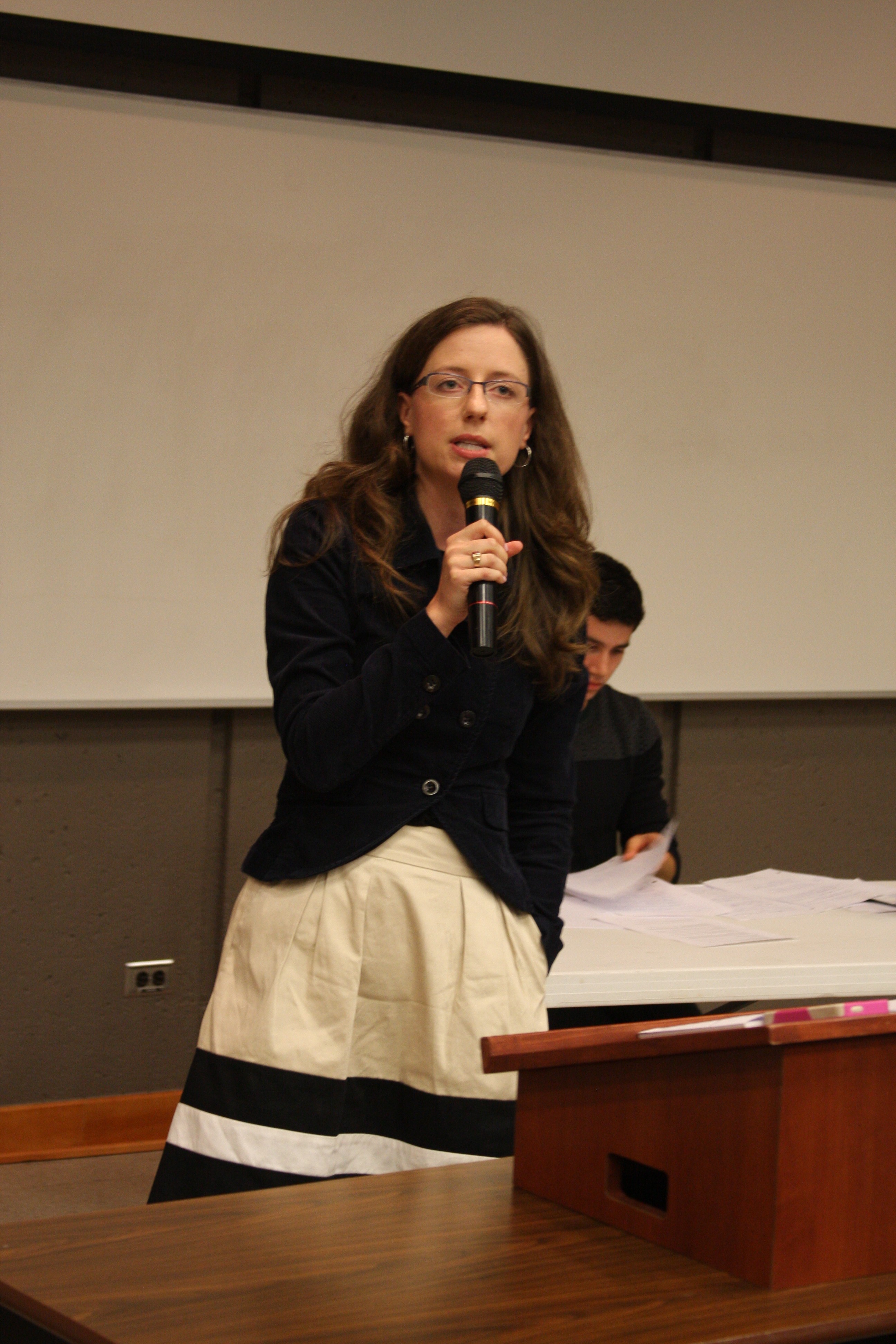 After three days of pro-life demonstrations and counter-demonstrations on the University of Manitoba’s Fort Garry Campus, the former making use of graphic genocide imagery, a cross-examination style debate was held on Thursday between Stephanie Gray, founder of the Canadian Centre for Bio-ethical Reform (CCBR) and second-year science student J.J. Gerstein.

The debate was moderated by members of U of M Students for a Culture of Life (UMSCL), the group responsible for hosting the CCBR’s “Genocide Awareness Project” on U of M property.

Gerstein broached the topic of the shocking imagery, but much of the exchange also focused on considerations such as when human life begins, and the rights of the unborn.

“[Upon first glance] I thought this was maybe a campaign to end genocide,” said Gerstein, during his address to the audience. “But instead, what I saw was a campaign that was using genocide to benefit its own values, and further its own agenda.”

During cross-examination by Gerstein, Gray insisted that the photos do not imply an analogy between women who have had abortions and genocide perpetrators, but rather, focus solely on victims.

“Did you see any women or Nazis on those posters?” responded Gray.

The Genocide Awareness Project wrapped up on Wednesday.