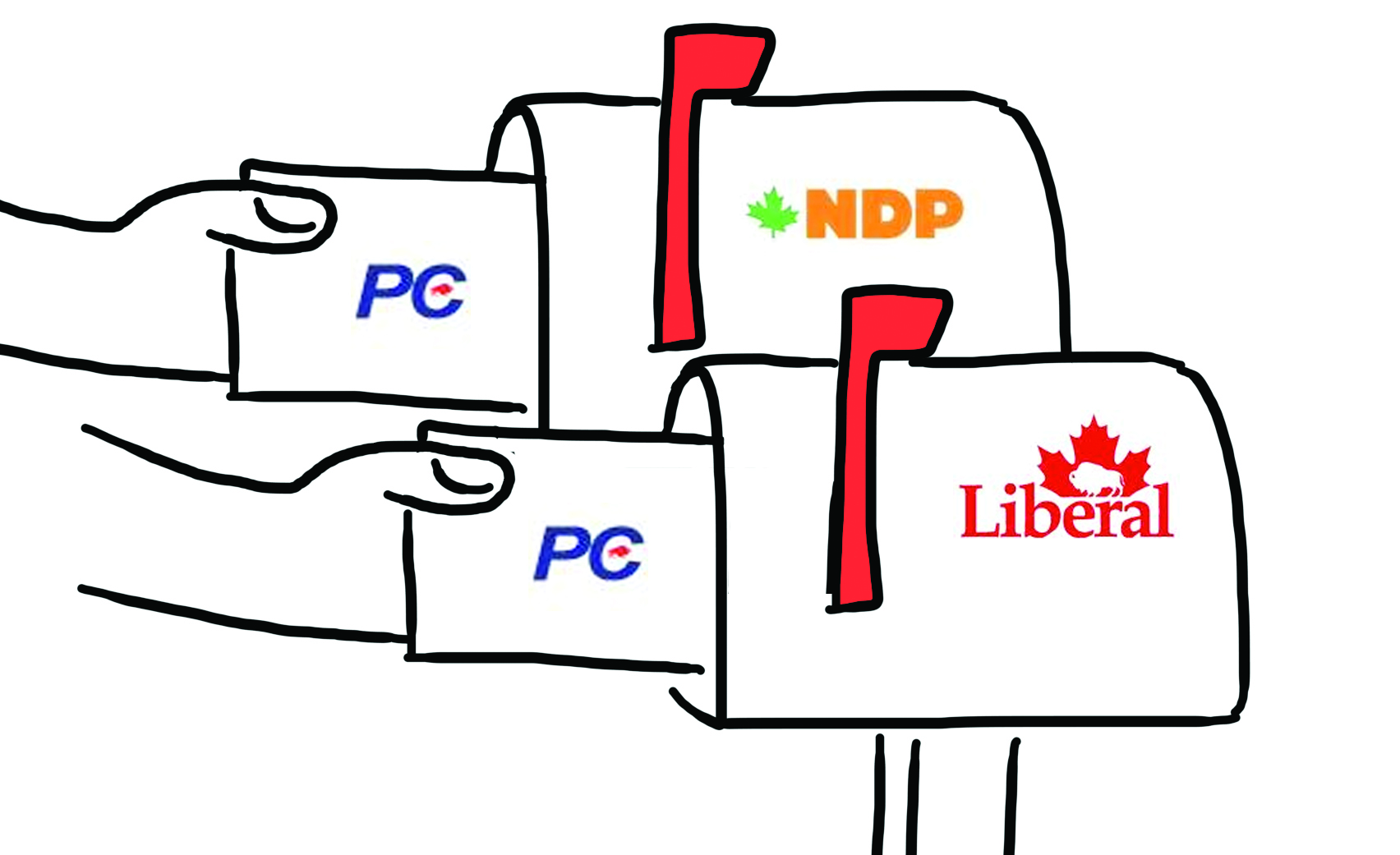 New Democratic Party (NDP) and Liberal Members of Parliament (MPs) representing constituencies in Manitoba are upset about the voter-information-gathering tactics of the federal Conservative party.

After multiple residents in the Winnipeg Centre constituency complained to the Winnipeg Free Press that they had received letters in the mail from Stephen Harper and the Conservatives, the federal NDP announced on Apr. 1 that they would file a complaint to the Speaker of the House of Commons.

It has since been revealed that the Conservatives have also sent out letters to residents in the only other two non-Conservative constituencies in the province – Churchill (NDP) and Winnipeg North (Liberal, Kevin Lamoureux). The letters are signed by most members of the Conservative party’s Manitoba caucus.

Many MPs have spoken out against the mail-outs, which they say violate strict rules regarding the mailing of flyers into ridings held by opposing parties.

May’s comment was spurred by the fact that the letters included a questionnaire with instructions to send it back with pre-paid postage to the Conservatives’ research headquarters.

NDP House leader Nathan Cullen also spoke publicly about the perceived misuse of taxpayer funded mailing, or “franking,” by the government. He suggested that new rules be implemented to close the loophole enabling the letter-mailing.

While sending flyers to another MP’s constituency is forbidden, the Conservatives sent out letters in envelopes. It is still unclear whether this violates the parliamentary rules on communicating by mail with the public.

Pat Martin, NDP MP for Winnipeg Centre, is particularly upset about the letters sent into his constituency, signed by Vic Toews (MP for Provencher) and nine others.

Martin says that he thinks the conduct of the Conservatives amounts to cheating. Several members of his constituency that received letters have raised concerns about privacy and wonder where the Conservative party obtained their personal information.

One Winnipeg man, Daniel Rempel, claims to have received four identical copies of the letter – one of which was addressed to the deceased former owner of his residence, who sold the house to Rempel 10 years ago.

Martin also speculated in an interview with iPolitics that the Conservatives are engaging in “electioneering,” and would like to input data collected from his constituents into the party’s Constituent Information Management System (CIMS) information database.

“This is developing databases in anticipation of an election, using an MP’s mailing privileges. It is a complete travesty.”

Martin’s interview has garnered some attention of its own, due to Martin’s referring to the Conservative party’s membership as “dirty, rotten bastards,” and his suggestion that they have been “carpet bombing [his] riding” with the letters.

Martin’s office did not respond the Manitoban’s requests for an interview.

Members of the Conservative party have been relatively silent on the recent controversy, with the party’s office failing to respond to the Winnipeg Free Press’s interview requests.

Conservative MP, and chairman of the party’s Manitoba caucus, Robert Sopuck brushed off the criticisms, saying that the party’s actions were fair attempts to communicate with voters.

“This is fair, above board, and all part of what we do as parliamentarians,” said Sopuck.

The Conservatives, along with the Liberal and NDP parties, have failed to release official statements on the letters. Moreover, no record of Pat Martin discussing the letters within the House of Commons exists.

This most recent mail-related controversy follows three years after criticisms arose in parliament that political parties were spending outrageous amounts of tax dollars on flyer distribution.

The Board of Internal Economy banned federal politicians from distributing flyers to Canadians living outside of their own constituency as a result.