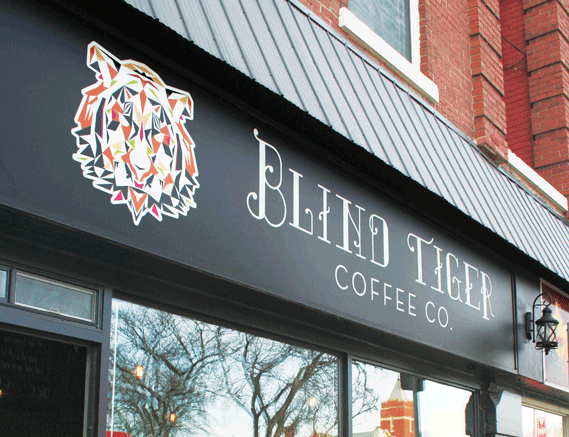 Although the days of bootleggers and rum-running are long over, Prohibition-inspired restaurants have recently gained traction in the culinary world, with restaurants in New York, Chicago, and Seattle – to name a few – jumping aboard the speakeasy trend.

Speakeasies – also known as blind tigers or blind pigs – acted as places of communal drinking during Prohibition, a period during which the law forbade selling, manufacturing, and transporting alcohol. The term sprouted from the necessity to speak quietly about such places, and while inside the venues, so as not to alert the police.

While these establishments quickly gained popularity as the only game in town for booze enthusiasts, they also created a sense of community,” said Jack Moslehi, principal owner of the Blind Tiger – Winnipeg’s latest speakeasy.

“Speakeasies did so well not only because they were an illegal drinking hole, but they also kept this warm and cosy feel that you’re part of the secret – it unifies the room […] I think this style of restaurant is gaining popularity right now because we don’t have many of them and it’s something for us to attach to,” he said.

“Winnipeg, admittedly, is a little bit behind. The whole speakeasy concept and creating speakeasy atmospheres has been around for quite some time […] We’re just sort of catching up.”

When one of his business partners came to him with the vacant space previously inhabited by Bistro 7 1/4, Moslehi only had one thought: speakeasy. Coincidentally, so did Todd Tichon – the now-head chef of the Blind Tiger.

“Then it became an issue of designing the space to create a true speakeasy experience,” said Moslehi.

“The first thing I did was remove all the plaster from the walls to expose the brick,” he explained. “I also blocked off every window in the space, because a speakeasy normally wouldn’t have any windows.”

Moslehi also wanted to create an authentic speakeasy by having a convincing storefront for the hidden operation.

During the day, the storefront is a quaint coffee shop to fuel the people of South Osborne with caffeine. At night, the coffee shop counter becomes the host stand for the restaurant and lounge.

Patrons are guided through the coffee shop to the restaurant by the host, though experienced guests can let themselves in through the secret entrance.

The atmosphere immediately changes upon entering the hidden restaurant. There’s a transition from the bright lights into a dark, almost eerie space ornamented with rich furniture, exposed brick, and antique chandeliers, topped off with a French-inspired menu.

“We wanted to go in a French direction with the food because in the 20s, French cuisine was the biggest trend. So we thought we would play up on that. And I think this area doesn’t really have a French cuisine offering, and French cuisine is amazing. I don’t care who you are, everyone loves French food – everything is so rich.”

And of course it wouldn’t be a true speakeasy without a killer drink list.

“One of the things that blew me away is the cocktail list that Alex Weiss came up with […] It’s just ridiculous what this guy has done with the drink list,” said Moslehi.

“He’s one of those guys that is just so immersed in his craft.”

Moslehi also turned to the professionals for his coffee selection, working closely with Nils from Parlour Coffee to ensure each cup of coffee is perfect for the business’s daytime customers.

Since opening their doors on Nov. 6 – and even while preparing the restaurant for the grand opening – the Blind Tiger has been supported wholeheartedly by the community.

“I think it gives the neighbourhood a local spot to go hang out and have a drink, and have something good to eat. As I was building the place, we had so many people from the neighbourhood coming and checking in to see how things were going,” said Moslehi.

“Everyone was so loving and so supportive. I am so taken with this neighbourhood. The people are just incredible.”

“I feel blessed because it’s being received so well.”