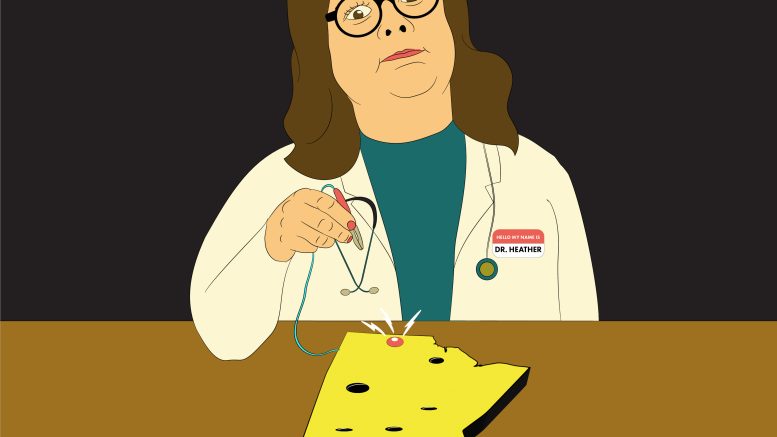 As social conservatism has slowly lost traction, the economic state of affairs of Conservatives has remained firm despite the evident disruption caused to the health system throughout Canada.

Though conservatism across Canada has evolved, influencing the various right-leaning political parties throughout history, one pillar remains consistent through every Conservative administration: fiscal conservatism.

During Prime Minister Stephen Harper’s last term in office — where he had a majority in parliament — his promise of a 6 per cent annual increase on health transfers was not honoured, resulting in a deficit of $36 billion. What’s more alarming is that the Conservative trend of undermining health care has not been solely a Harper-era stance.

Alberta Premier Jason Kenney — who served in several federal ministerial roles during Harper’s tenure and is currently leading the United Conservative Party of Alberta — reduced health-care spending per person by 3.6 per cent in 2021, making it the largest decrease across Canada according to the Canadian Institute for Health Information (CIHI).

In fact, Kenney once assured that Alberta “spends more on health care per person than any other province, after Newfoundland and Labrador” yet reports from the CIHI rank Alberta fifth when compared to other provinces in government spending on health care.

Furthermore, Ontario premier and current leader of the Progressive Conservative Party of Ontario, Doug Ford, is currently in hot water despite his recent re-election. After stating that the provincial health-care system is meeting the needs of Ontarians, the Ontario Nurses’ Association refuted that claim, saying that staff shortages have forced 25 hospitals in the province to curtail sections of their facilities.

And despite supposedly committing to do anything in his power to employ more frontline workers, Ford disregarded the possibility of repealing the now-in-place legislation that prevents wage increases or retention bonuses for nurses.

Unfortunately, Conservative health-care principles know no borders. In addition to Albertans and Ontarians, Manitobans are suffering the consequences of an underfunded and inefficient health-care system.

Under the premiership of Brian Pallister, frontline workers were ousted from their essential health-care positions, further fueling the understaffing crisis the province has faced throughout the different waves of the pandemic.

As if Pallister’s health budget cuts and freezes were not damaging enough, current Premier Heather Stefanson is following in her predecessor’s footsteps by undermining the importance of accessible health care.

Premier Stefanson, who once served as Minister of Health and Seniors Care in Pallister’s cabinet, has continued to hinder public health for the sake of fiscal responsibility.

Stefanson swiftly removed restrictions in March of this year — mask mandates, capacity limits, and vaccination requirements — as she alleged positive trends in the data gathered throughout the province, indicating COVID-19 case counts were stable despite such data remaining undisclosed to the public. Furthermore, Premier Stefanson’s recurring health cuts have left rural Manitoba more vulnerable than ever.

Dr. Candace Bradshaw, president of Doctors Manitoba — an organization established by and for provincial physicians to ensure quality health care across the province — assured that the staffing crisis is deeply affecting rural Manitoban emergency rooms.

In fact, during the Terry Fox Day long weekend, only 26 out of the 68 emergency rooms in rural and northern parts of the province were working 24/7, while 22 were closed full time. Though patient volumes have remained constant, Bradshaw explained that the understaffed medical centres are being forced to transport their patients to Winnipeg, where wait times are already lengthy.

In a statement released before the 2022 Summer Meeting of Canada’s Premiers, Premier Stefanson acknowledged the importance of the public health-care system, yet blamed its financial strains on the pandemic and the lack of support from the federal government.

“Public health care began as a 50-50 partnership between the provinces and the federal government. But today, Ottawa only covers 22 per cent of these costs,” Stefanson claimed.

Conservatives have proven to relentlessly support austerity measures that negatively affect the well-being of Canadians for the sake of a political ideology that has proved to be inefficient and unpopular.

While private enterprises are being granted countless benefits, Canadians are being forced to withstand long wait times, lack of resources and unlivable wages. Federal and provincial administrations, then, need to understand that basic rights should not be on the line for the sake of “balancing the budget.”

Canadians deserve quality, widely accessible health care, but recent history has proven that a Conservative government at the federal or provincial level seems to not be willing to provide it.

CAN you get out of U.S. politics?

Gut bacteria have a say in rheumatoid arthritis