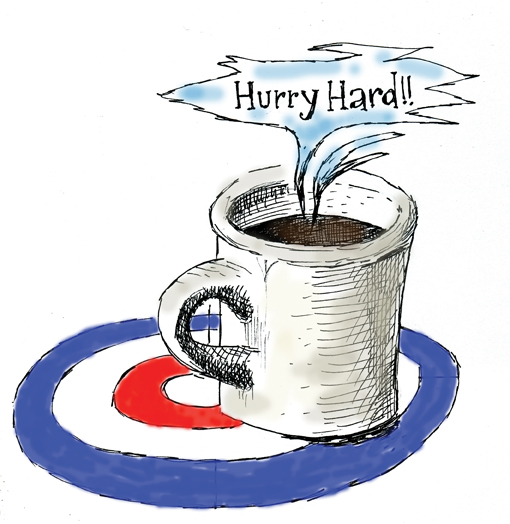 The 2012 Tim Horton’s Brier, the Canadian men’s curling championships, will be held at the Credit Union Centre in Saskatoon, S.K. from March 3rd–11th. The last two times this city hosted the Brier, in 2000 and 2004, the winning skips were first-time winners of the event: British Columbia’s Greg McAulay and Nova Scotia’s Mark Dacey, respectively.

The pattern will have to continue if Manitoba wants to win this time around.

Rob Fowler’s win at the Safeway Championship was a bit unexpected. He competed against the reigning Canadian and world champion Jeff Stoughton and possibly the world’s best team at the time, skipped by Mike McEwen. Fowler’s squad — consisting of third Allan Lyburn, second Richard Daneault, and lead Derek Samagalski — defeated both teams on their way to a Manitoba title and have shown they can be one of Canada’s best teams. They won the Manitoba Curling Tour Championships this year, as well as qualifying for all three Grand Slam of Curling events this season. Both Fowler and Daneault have been to the Brier before, while Lyburn is a former Scottish national junior champion. However, Fowler’s team will face stiff competition in this year’s Brier.

Ontario’s Glenn Howard is making his seventh straight Brier appearance, despite high placing in Briers passed his team has only won the Brier once, in 2007. But the number-two ranked team, according to the CCA, has a new third in former rival Wayne Middaugh and is looking for different results this time around.

Kevin Koe of Alberta made the most of his first Brier in 2010, winning it all plus a world championship. His team is back for a second Brier. His team has been one of the best in curling for the past few years despite the lack of Brier experience. Koe also has a new third this year, Pat Simmons, who represented Saskatchewan in five previous Briers.

Newfoundland and Labrador’s Brad Gushue, the 2006 Olympic champion, is representing the province for the ninth time in 10 years, but for the first time, he will be without long-time third Mark Nichols. However, it hasn’t been a detriment to this team, even with a new front end. The team won a tournament in Switzerland and is currently ranked sixth according to the CCA. They will be looking for their first Brier win.

British Columbia’s Jim Cotter is returning to the Brier for the second straight year and reached the semi-finals at the Pomeroy Inns & Suites National, a Grand Slam of Curling event last month. Northern Ontario’s Brad Jacobs is in his third straight Brier, finishing in third place in 2010 and narrowly missing the playoffs last year. Both teams may be in the playoff hunt.

Former Canadian mixed champion Terry Odishaw will be skipping for New Brunswick. Robert Desjardins will represent Quebec for the second straight year, his first Brier as a skip. Mike Gaudet, skip of P.E.I., will also be returning, he played as a third last year. There are two rookie teams in this year’s Brier led by Nova Scotia’s Jamie Murphy and Saskatchewan’s Scott Manners. Manners’s team was seeded 12th out of 16 in Saskatchewan’s play-downs, but will be the host team in Saskatoon.