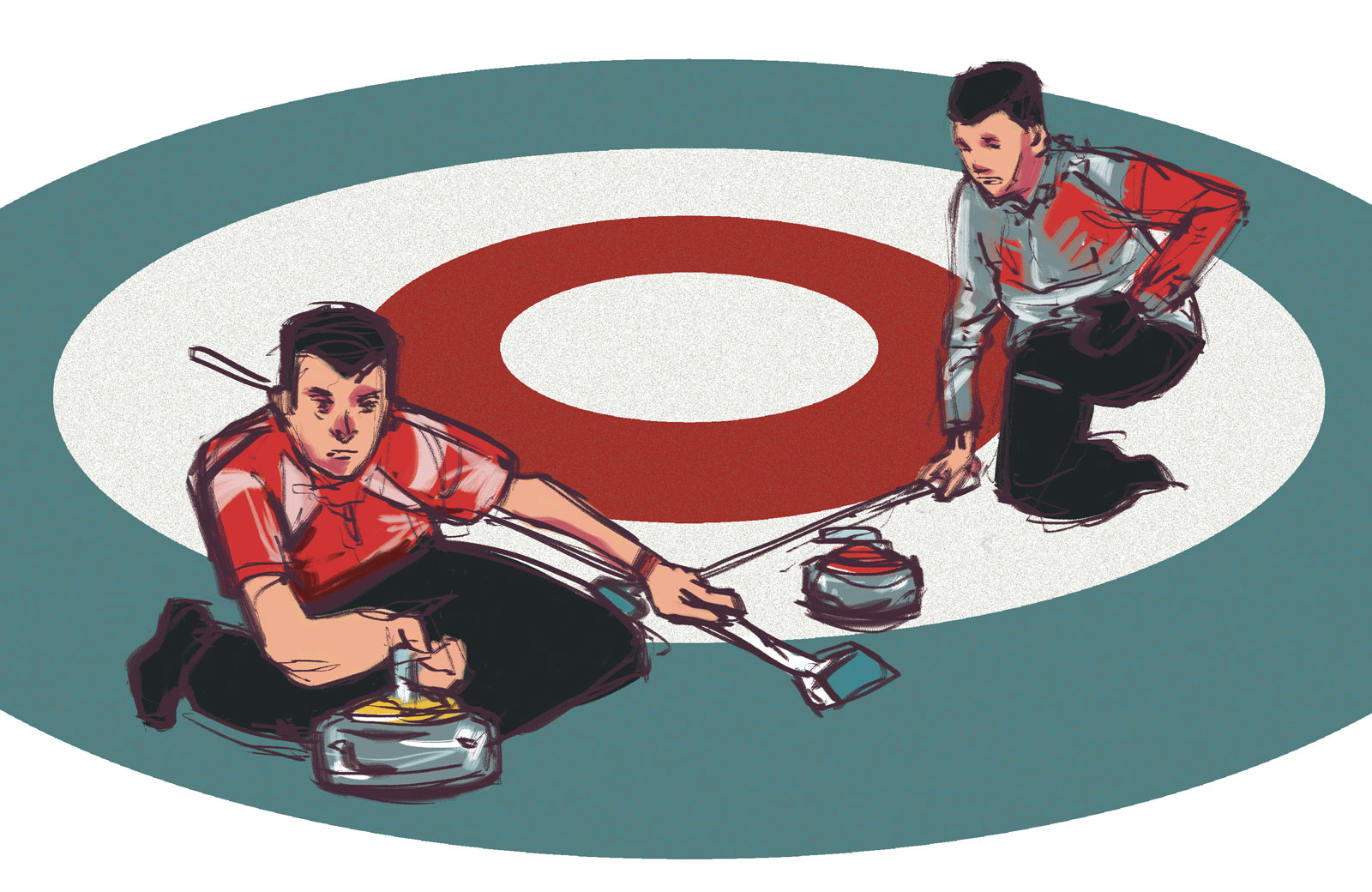 To say that Daniel Grant is well travelled would be an understatement. The second on the University of Manitoba Bison curling team has been through a whirlwind last two years, which includes a Canadian Junior Curling Championship (2013), a bronze at the World Junior Championship in Russia (2013), a CIS/CCA Curling Championship (2014), and, most recently, a trip to Spain to represent Canada at the 2015 Winter Universiade, which took place from Feb. 4-14.

Grant has been involved with the sport from a young age, and while he stated that it’s time-consuming, the results of his toil are apparent.

“It’s definitely a lot [harder] than people think, but it’s worth it,” Grant said. “We play for fun, we play for money, we play for pride.”

That pride was evidenced when the Bisons captured Manitoba’s first-ever CIS/CCA men’s curling title last year. The win also gave them an automatic berth in Granada to represent their country.

Grant noted that one of the biggest challenges for the squad in preparing to go to Granada was training as a team. Each individual member had separate squads that they played on outside of the CIS curling season.

“Once we won [the CIS championship] we knew we had to all commit to this,” Grant said. We had to not really up our training, but focus it towards us. We did have 10 months to get there, which is a long time to wait, because normally you don’t have that.”

The team knew what they were up against once they finally arrived in Granada, and while the result (5-4 final record) wasn’t what they wanted, the experience was still a memorable one, especially getting the chance to interact with other countries on a more intimate basis once the competition was over.

“We watched some hockey, and we got to know people, and we mingled,” Grant said. “People were more than happy to just forget about their sports and talk about stuff. It was very nice to be involved in a multi-sport event, which is something we really took advantage of.”

Putting on the red and white was something that brought a sense of pride for Grant, and despite not capturing a medal, the experience was one he’s sure to remember for the rest of his life.

“Just being there and representing Canada was awesome,” Grant said. “You don’t get the opportunity to do that often, and you want to take advantage of it. I definitely think we did.”

Scotties to take over Stonewall

Breaking down the Brier