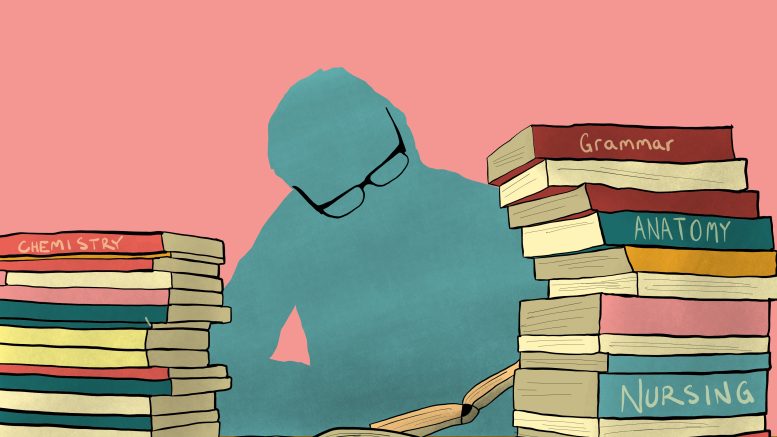 Canada has seen rising numbers of internationally educated nurses since the 1990s. Many of these nurses came to Canada from the Philippines.

Today, language tests in nursing may delay certification for months or years.

Kim Mitchell, an assistant professor in the U of M College of Nursing, is researching English language proficiency tests for nursing students.

Mitchell began her work in response to a 2019 proposal by the College of Registered Nurses of Manitoba, which would have required all aspiring nurses to pass an English language proficiency exam.

This proposal was met with backlash from students and universities.

One reason for the negative reaction was the cost of the test. Nursing graduates already had to pay $500 for their registration exam, and the added English proficiency test would have been an additional $320.

Another reason for the backlash was the fact that all nursing graduates had to take the test, including those who were born and educated in Canada. Native English speakers who know no other language have also been known to fail these tests multiple times.

Mitchell believes that the current tests are inadequately assessing the English skills of the nursing students who take them.

“When you do these language exams, it’s a little bit about your language capabilities, but it’s just as much about your ability to play the test, and to write the test, and meet what the test is asking for,” Mitchell said.

Before entering the field of nursing, Mitchell graduated with a degree in English literature. For her doctoral thesis, she investigated self-efficacy in the writing of students in nursing programs.

Part of the background of her research was that the field of nursing had several outdated writing perspectives.

Even as a fluent English speaker, Mitchell encountered a writing-related learning curve coming from arts to nursing. She found that writing expectations were different in each field.

Mitchell said that when Canadian-educated students fail English proficiency exams, it usually stems from an issue with writing. This is because the students learn a different writing style in university that might not be represented on the exam.

The exam content itself may also differ significantly from what they learned in school. One exam, the International English language testing system, tests a wide variety of topics in the written portion.

Another exam, called the Canadian English Language Benchmark Assessment for Nurses (CELBAN), tests material that is directly related to the field of nursing. Mitchell has taken the exam herself in order to help a group of 13 students participating in a study of hers to prepare for it.

Mitchell has found that the CELBAN is more manageable because it is guaranteed to test nursing-related content, something that all nursing students are familiar with.

The only two students in the cohort who did not pass were affected by extraneous circumstances, such as technical difficulties.

Mitchell said that another part of the problem lies in the fact that standardized tests often privilege a particular dialect of English that might not be spoken by large portions of the world’s English-speaking population.

She said that this comes at the expense of students from countries such as Nigeria and Jamaica, which have their own dialects of English. Their accents and word order may sound ungrammatical to native speakers of North American English.

Prescriptive grammars are often referred to by their users as “correct,” although this distinction is generally not recognized by linguists, who use the descriptive approach instead.

Mitchell believes that objectivist sentiments in nursing and health care can make people in those fields more susceptible to prescriptive ideology. She hopes to change this perception through her research.