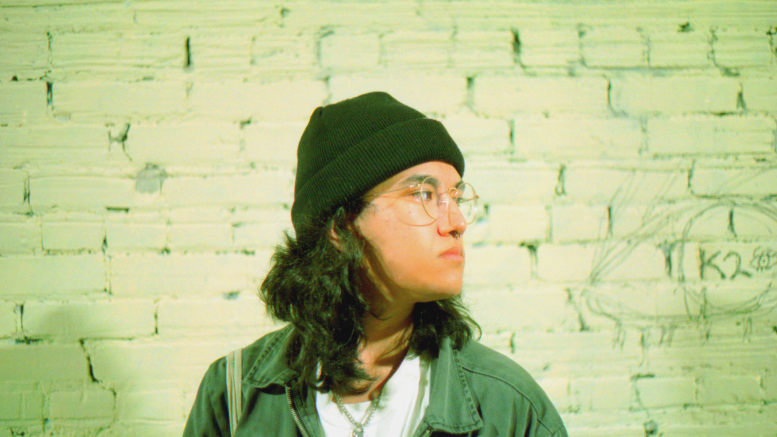 Growing up in the world of rhythm gaming and the online forums surrounding it, computer engineering student Luc Mayor built an interest in the unique, genre-bending sounds of the internet, which he terms “internet-core.”

Mayor was inspired to start his radio show on UMFM — Signal Distortion, which airs Thursdays at 2 p.m. — by “a lack of programming on UMFM that was correlating to [his] musical interest.” Starting only a few months ago in September 2022, Mayor has already developed a unique voice in playlisting.

Mayor’s chief interest, his classification of internet-core, is not defined by traditional genre markers, but rather by the niche online communities that make up its fanbase.

For Mayor, the unifying communities of fans are “a demographic of people online that listen to very, very musical artists spanning over a number of genres that have no correlation to one another.”

These fans, congregating on sites like Rate Your Music, Last.fm, Twitter and Discord, form the chief fanbase for the new and niche genres that Mayor’s internet-core concept encompasses.

“The community that I really made this show mostly for, hyperpop and digicore, all of their music is, their community is wholeheartedly on Discord,” he said.

Other genres cited by Mayor as part of his vision include Plugg, shoegaze and Midwest emo.

In fact, the name for the show came from this eclecticism.

“The sounds were very clash-y, bombastic kind of sounds, which can be kind of equivalent to a sort of distortion,” Mayor said.

Genres like hyperpop have seen some mainstream acceptance in recent years, but their influence is still mostly marginal. Mayor feels that this niche status is just due to a lack of exposure.

“While this appeals to a very niche subset of listeners, I think that really, the reason that it’s appealing to only this niche group of people is because it hasn’t seen that light-of-day exposure,” he explained.

“I don’t like to be the type of person to gatekeep artists or stuff like that, so I think that I really personally like sharing music with people.”

Signal Distortion airs Thursdays at 2 p.m. on 101.5 UMFM. Archival episodes can be streamed on umfm.com.

In search of Mr. Chi Pig