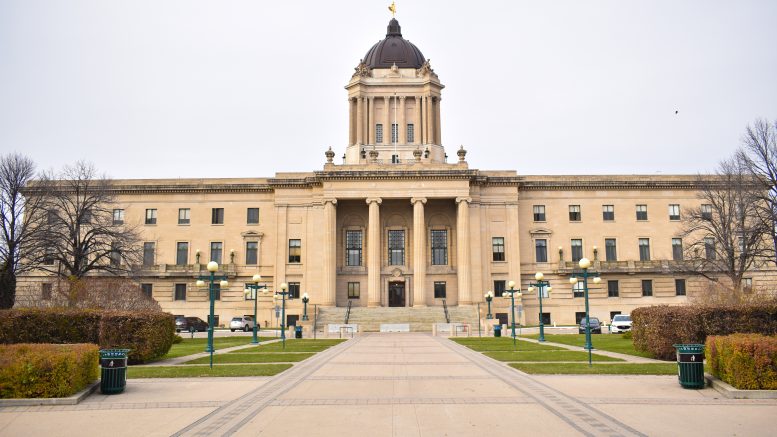 The provincial government has halted plans to implement a performance-based funding model for Manitoba’s post-secondary institutions.

Last Tuesday’s throne speech did not mention the funding model, and later that day Premier Heather Stefanson told reporters that the province needed to take a step back from that approach.

Such a model would see public funding for higher education allocated according to performance metrics such as retention and course or degree completion, although the province has offered few details on which metrics it would use, the amount of funding that would be tied to performance or what the timeline for implementation would look like.

Michael Shaw, a senior instructor in the department of biological sciences at the University of Manitoba and an executive member of the Manitoba Organization of Faculty Associations (MOFA) — an organization representing around 1600 post-secondary faculty members throughout Manitoba — is encouraged by the province’s announcement, but worries that the PCs might still try to roll out performance-based funding in the future.

“I’m very worried that they might implement this type of model, they’ve been very keen on it since it was first brought up by Brian Pallister,” he said.

He noted that Stefanson’s statements on the proposal were “nowhere near as emphatic” as her repudiation of Bill 64, a controversial education reform bill proposed under previous premier Brian Pallister.

In her comments to reporters on Tuesday, Stefanson said that although she still supports performance measures, the province was stepping back from implementing them to focus on what schools need to continue operating in the wake of challenges caused by COVID-19.

Brant Batters, press secretary for Minister of Advanced Education, Skills and Immigration Jon Reyes, told the Manitoban in an email that “our government is committed to improving Manitoba’s public post-secondary education funding to ensure students have access to affordable, high quality education while strengthening oversight of post-secondary institutions.”

“An audit by the Office of the Auditor General in 2020 recommended the province should be tracking institutional outcomes using results-based performance metrics.”

The model is no stranger to controversy. Since first brought forward, faculty associations, university presidents and student groups have been vocal in their opposition to performance-based funding.

According to Scott Forbes, president of MOFA and biology professor at the U of W, the research makes it clear performance-based funding “simply doesn’t work.”

“The whole idea is that institutions are supposed to get more efficient at churning out graduates, you churn them out better, faster, cheaper,” he said.

However, Forbes argued that university administrators instead “screen students for academic quality” to manipulate the numbers and game the system. Research on the funding model in American institutions shows that it has little to no impact on retention and graduation rates, shifts funding away from support for low-income students to scholarships for high-achievers and raises entrance standards.

“The data shows that as you introduce these systems, it reduces diversity within the student population,” Forbes explained.

“It favors the wealthy and the white, to be blunt about it, and it raises barriers for traditionally marginalized students.”

Forbes argued that this model also gives right-leaning governments “political cover” to justify cutting post-secondary funding by placing the blame on institutions for failing to meet performance standards. He described it as “a tool to defund higher education.”

“More often than not, the introduction of performance-based funding is associated with cuts to public higher education,” he said.

A decrease in public funding can shift the burden of funding universities onto students in the form of tuition increases.

Forbes said that the government formulated its plans without “a great deal of consultation” with post-secondary faculty.

The University of Winnipeg Faculty Association left partway through a virtual consultation regarding the province’s post-secondary accountability framework in June, due to frustration that their objections to performance-based funding were being ignored. MOFA representatives said that they were not invited to the meeting, and those who managed to attend were removed.

The presidents of the University of Manitoba and Brandon University (BU) both sent letters to the government this year expressing their objections to the measures being proposed.

University of Manitoba president Michael Benarroch wrote to the government in August following a June consultation meeting, and asked the government to “refrain from specifically tying funding to metrics” in order to avoid unintended consequences such as reducing accessibility.

He also asked the province not to impose metrics based on factors outside of universities’ control, such as the employment and income of graduates.

The Oct. 14 letter from BU president David Docherty explained that because the university admits any student who completes Grade 12 in order to provide education for those “who would otherwise be left out of the system,” its measurements on some academic metrics are lower than other schools.

Docherty objected to the use of graduation rates as a performance metric, arguing that many who begin schooling at BU move on to other larger institutions after they choose a specialization, and that looking only at graduation rates would obscure the contributions BU made to their education.

He also stated that “as an access institution,” the school services many mature students, who may take longer to graduate as they are returning to school or learning new skills for their careers. Additionally, many Indigenous students may come to school seeking employable skills rather than a degree.

Docherty also pointed out that using post-graduate earnings as a metric ignores the many BU students who return to rural communities for work, where pay is often lower than in cities.

“The larger institutions with more financial capacity are able to respond more flexibly and shift resources around to work with the performance metrics,” Forbes said.

He explained that smaller universities like BU are the ones that “really suffer.”

Shaw believes the government doesn’t “want to anger people who have been very clear” in their opposition to its plans, and has backed off for now in order to focus on issues that are more likely to help them in elections.

“I’m cautiously optimistic, but I’m not going to be fully optimistic until the next provincial election has occurred.”

Performance-based funding still on the table for Manitoba universities