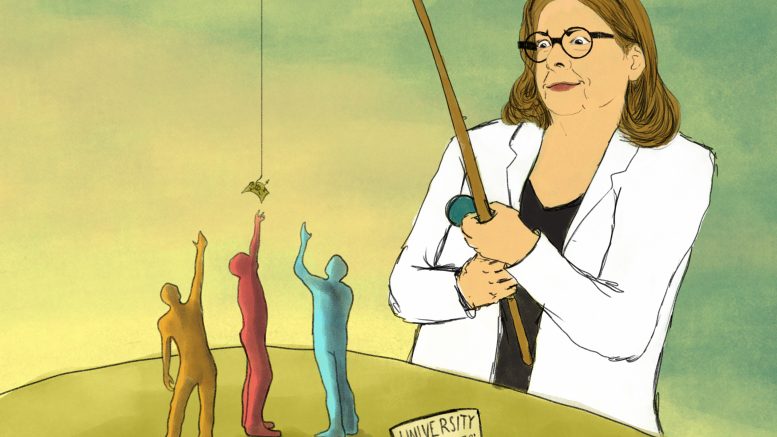 Performance-based funding — an educational funding system where funds are based
largely on how “successful” a school is determined to be — is a concept likely to hurt our
education system that has been considered by Manitoba governments in the past few years.

Under this model, the proportion of graduates to drop-outs, number of credit hours
completed and other markers of classroom success are used to determine the majority of
funding universities receive. In short, the better you do regarding these metrics, the more
money you get.

The general idea is that using money as a reward for schools that perform well will itself
raise performance in schools, as well as help the province to determine which institutions are
deserving of more funding. However, this raises a lot of issues and questions.

For one, a performance-based funding scheme can create a scenario in which education
financing is a competition rather than a necessity.

The fact of the matter is that there is only so much money to go around. With multiple
public universities in Manitoba, a performance-based funding arrangement could create a
major issue, as each of these institutions would likely need to find ways to improve their
success metrics to stay competitive with one another.

One of those methods may involve making education more exclusive.

Scott Forbes, U of W biology professor and president of the Manitoba Organization of
Faculty Associations, stated that universities with this funding model prioritize the
acceptance of students who are already likely to get high grades and graduate in a short
amount of time.

One could, and should, readily critique a university for creating barriers-to-entry for
marginalized peoples, and this is what the performance-based funding scheme may
encourage. It is a fact that economically marginalized and Indigenous peoples in Canada
often experience lower rates of graduation and academic success because of social factors
such as poverty.

Forbes said that in a performance-based funding arrangement, it is possible that people
belonging to these groups could experience greater exclusion, as their forecasted success
may not align with an institution’s desired results.

Universities educate students and provide opportunities for those that attend them that
otherwise would not be available. Post-secondary education fills an important economic and
social role in our society that should not be incentivized to exclude certain individuals for
cash.

Post-secondary education is important to everyone in the province, especially students
and educators. Having an accessible institution in which one can gain access to
opportunities and push the boundaries of knowledge is critical. A performance-based funding
arrangement could change all this for the worse.

If our province truly cares about education, it should leave the funding arrangement alone,
or better yet, fund institutions based on needs and opportunity for growth.

We should be creating an environment where education is treated with importance and respect,
and where institutions are not forced to dance for the support of the provincial government.