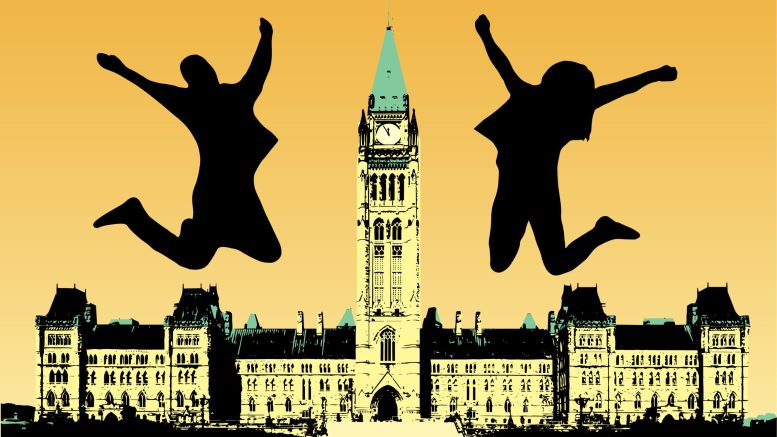 Changes to Canada’s Student and Apprentice Loan programs were recently announced by the Government of Canada, including more flexible student loan repayment plans.

Minister of Employment, Workforce Development and Disability Inclusion, Carla Qualtrough, announced that as of Nov. 1, the zero-payment income threshold — the annual income needed before student loan repayment is required — for a family size of one will increase from $25,000 to $40,000.

This threshold will be further increased based on family size. The cap on monthly payments will also be lowered from 20 per cent to 10 per cent of a person’s household income.

The federal government projects that these changes will positively affect 180,000 people yearly.

As part of the federal government’s 2022 Fall Economic Statement, Canadian Deputy Prime Minister and Minister of Finance, Chrystia Freeland, introduced a new program that will permanently eliminate interest on the federal portion of all Canada Student and Canada Apprentice Loans, including those already being paid off.

The new program is set to begin in April.

According to Jesse Hajer, assistant professor in economics and labour studies at the University of Manitoba, student loan programs are meant to improve access to education and public services. He said that these programs are a response to the private market, which governments feel inadequately meets the needs of the public.

One of the federal government’s goals in eliminating interest from Canadian student loans is to help ease the burden of paying them off.

Hajer said that accumulated debt can have a variety of impacts on individuals, such as preventing them from purchasing a home, starting a family or enjoying life after university. It can also shape one’s choice in career path.

“If you have to take on a huge amount of student debt to become a lawyer for example, the type of jobs you’re willing to take on as a practising lawyer once you finish your program may be limited to those that pay very high salary or high wage,” he said.

Hajer also added that having a lot of debt in a population reduces the amount of money available to be spent, which reduces demand in the economy.

Although the Liberal government outlined the need for this program in its election platform, Hajer thinks that the pressure of inflation and the rising cost of living, as well as student loan forgiveness programs in the United States, helped influence the timing of the government’s recent announcement.

He is confident that these changes will help keep more money in people’s pockets, though he added that the average Canadian student is only expected to save $410 per year.

However, Hajer believes that there are other options that would be more beneficial to students and the economy. He pointed to countries in Europe that use a model offering higher education for little to no tuition, and that offer financial supports that make university near-universally accessible.

With tuition fees that have quickly risen past the rate of inflation, as well as a model based on the premise that students should pay for most of their education through tuition fees, Hajer stated that Canada has moved further away from what other countries are doing. He believes there is a strong case to be made for low-barrier, accessible education.

He emphasized that even if tuition were free, many students would still need to work, which could affect their learning.

“If we want to have a high-productivity, high-wage economy, we need more people succeeding in post-secondary education,” Hajer said.

“That means people not only going to university, but having the resources while they’re at university and college to succeed. So, not having to work a full-time job while going to school to make ends meet.

“I think we need to take a step back and really look at supporting students in a more fulsome way.”

Lessons from a Dragon