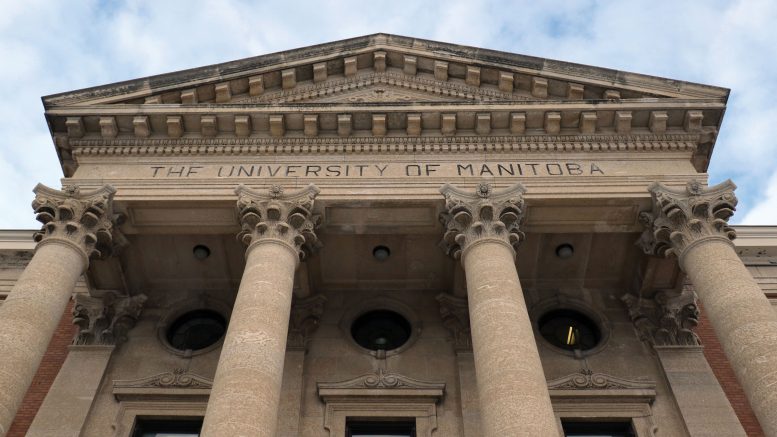 Tuition fee increases are coming to the University of Manitoba.

Provost and vice-president (academic) Janice Ristock has confirmed the U of M plans to raise tuition for the upcoming fall term by 6.6 per cent – an increase in tuition fees for both graduate and undergraduate students across all faculties.

“The university is going to be asking the board of governors to increase tuition,” she said, adding that “because the province passed Bill 31, all universities in the province have indicated that they’re going to be raising their tuition at comparable levels.”

In spite of strong student opposition, the provincial government passed the Advanced Education Administration Act in November, removing restrictions on course-related fees and lifting a cap on tuition hikes that, since 2012, held increases to the level of inflation. Universities across the province are now free to increase tuition by five per cent plus inflation annually.

When the province first announced plans to remove restrictions on tuition increases, U of M president David Barnard said in a release that raising tuition will help the university maintain its goal of being a “modern, well-equipped, nationally and internationally competitive institution.”

U of M executive director of public affairs John Danakas said ensuring the “long term sustainability of the post-secondary education system,” at the University of Manitoba “would require both increases in operating funding from the government,” as well as increases in tuition.

This is why, Danakas added, Barnard “and his associates at the University of Manitoba have been advocating for increased funding and tuition [which is] in line with the kind of tuition that other universities across Canada, especially U15 universities, have been requiring of students.”

“The message has been those two things together are necessary for [a] sustainable post-secondary system in the province,” Danakas said.

“Even with this increase,” Ristock said, “we will still be offering the lowest tuition in western Canada and we will remain committed to being an accessible and an affordable university.”

Ristock noted that since 2011, the university’s two major sources of revenue – the operating grant and tuition fees – have been squeezed.

“So this increase in tuition is not bringing in new money or surplus dollars,” she said.

“I would say over the years, even within this period of constraint that we continue to face, we have had to make some tough choices,” Ristock added. “But some of those choices have been to strengthen student supports.”

In its 2018 budget, the provincial government announced that support for universities and colleges will be cut by 0.9 per cent, or $ 6.3 million. The $17.4 billion budget will include a $ 2.6 million increase in spending for the Manitoba Bursary Fund, however, overall funding for post-secondary bursaries and funds will decrease by $100,000.

Further, the province will cut funding for Research Manitoba, which provides grants and funds for research in health, natural, and social sciences, engineering, and humanities – a reduction of more than $3 million.

Ristock said the university will make sure students’ needs continue to be met through financial assistance.

“Just so you know,” she said, “we have more than $60 million in scholarships and bursaries that we distribute annually.”

“I want to underscore that we do understand that even with this increase in tuition. We know that that presents challenges for many students who are paying for their education,” Ristock said. “We’re going to be continuing to provide student aid and increase it where possible.”

Additionally, Ristock said the university plans to move forward with ensuring it meets its goals around “Indigenous achievement and attracting Indigenous scholars,” increasing opportunities for experiential learning and undergraduate research awards, and advocating the government to increase funding for the university’s operating grant.

University of Manitoba Faculty Association president Janet Morrill said relying on scholarship and bursaries is a “flawed way of offsetting the costs of post-secondary education.”

“Expecting a student from a low-income family to earn scholarships is not fair,” she said. “Effectively, that student must meet a higher standard in order to get a university degree than a student from a wealthy family does.”

“Bursaries help,” Morrill added, “but even with bursaries, the costs of tuition are not as closely tied to family income as taxes are.”

What to expect from UMSU

UMSU president-elect Jakob Sanderson said he is not surprised by the 6.6 per cent increase.

“I think it’s hard to, I suppose, get extremely angry with the administration in certain aspects for raising tuition, based on the fact that the operating grant in the university has just been cut significantly,” he said.

“A 6.6 per cent increase in tuition is quite a lot,” Sanderson continued. “I think there’s some wiggle room to where we can probably see them reduce [the] increase.”

Describing the incoming UMSU executive’s plan for the 2018-19 academic year, Sanderson said the team will be looking at lobbying the administration for a scholarship and bursary aggregator tool where students can access all scholarships and bursaries for which they are eligible.

Sanderson added that the union will look at other ways to make education more affordable by advocating for more accessible educational material to be incorporated in courses such as free of charge, open educational resources and course packs.

To minimize the impact of tuition increases, Sanderson said “The university needs to make sure that its focus is on students.”

This would include diversifying classes, ensuring classrooms are of high quality, and “trying to cut down on some extraneous spending in advertisement and marketing,” he said.

Morrill pointed to the “troublesome pattern” followed by provinces over the years, where governments replace funding for operating grants with tuition increases, adding that, “The university should lobby the government hard to reverse these trends.”

“The university should make sure that its resources are allocated towards its core mission of teaching and research, to provide the best education possible for our students,” Morill said. “We owe students that.”

Aboriginal community to be heard at UMSU council

Transport Canada must do more to protect travellers from airline abuse

History in the making