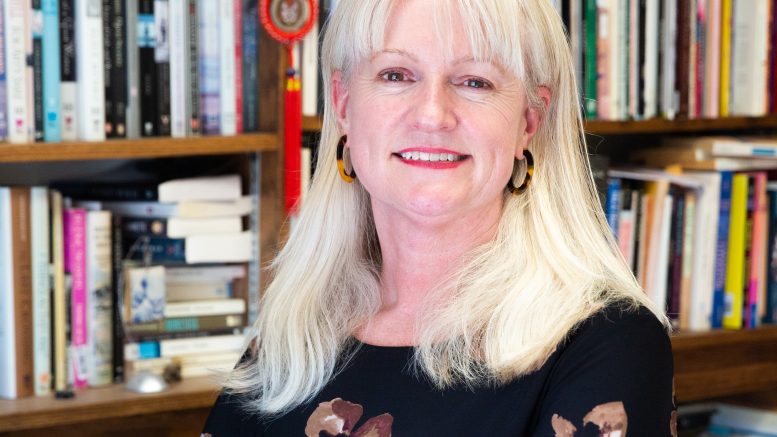 Science and art are not only separated in popular imagination, but they are often positioned against one another as opposites and competitors.

A professor from the U of M’s department of English, theatre, film & media, Alison Calder, tackles this dichotomy with her new poetry collection Synaptic.

Synaptic, which was released in early April this year, is comprised of two parts — “Connectomics,” which blends neuroscience with poetry, and “Other Fires,” which focuses more on emotion and lived realities.

When asked to clarify this division between Synaptic’s two halves, Calder explained that “the first half of it are poems that are largely dealing with science, especially neuroscience, and the second half of it are more traditional lyric poems where they’re expressions of emotion.”

“There’s usually the traditional ‘I’ speaker, who is not me but who is in fact a persona, talking about what we might think of as quote-unquote ‘the real world’ as opposed to the world of science, which is its own domain,” she continued.

Calder first became interested in writing poetry about neuroscience after a surprising conversation with her colleague in biology, who told her about one of the U of M’s curiosities: glowing mice in the university’s labs.

“This was just the weirdest thing I’d ever heard,” Calder said, “so of course I’m like, ‘tell me more!’”

This conversation led Calder to an area of study that was entirely new to her.

“I went online and did a bunch of surfing around, and kind of fell into this whole other world of logic that I hadn’t really known was there,” she said.

Calder explained that she became interested in “the kind of language that was used to talk about science,” as well as how scientists use metaphor to communicate complex ideas to non-experts.

Calder explained that this reliance on poetic language to describe truth suggests that truth itself is more elusive than many would like to believe. Instead, because scientific disciplines rely on mediation, like metaphors, scientific information is often highly representational.

“We’re back in that hall of mirrors where we’re not getting to the thing itself,” Calder said.

“You think you’re turning everything transparent and knowable but all you’re revealing is that there’s far more to think about than any of us originally thought.”

For Calder, Synaptic is intimately related to the structure of the university.

“But I think scientists and humanities scholars are the same in many ways.”

Calder explained that both humanities scholars and scientists contend with the limitations of language in their work.

As a poet, Calder hopes to shine a light on areas of the world that people tend to take for granted, wanting to encourage readers to take on a new perspective on personal and political communication.

In light of budget cuts to universities and a wider cultural movement towards anti-intellectualism and absolutism, Calder says there is a need for scholars to be united, “to come together and really start looking for commonalities between us and sort of figuring out, ‘what we do is really, really important.’”

“And if we can do that, then we stand a chance of going on as universities have gone on as places of conversation.”

Synaptic is available at major retailers.

Get involved on campus

The future of war and weaponry