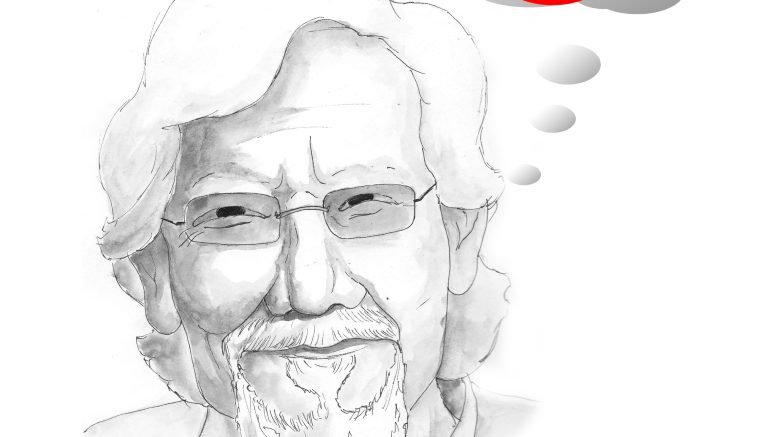 On March 3, environmentalist David Suzuki presented a keynote speech to the University of Manitoba about the dangers of global warming and Canada’s thus-far empty promise to curb fossil fuel emissions.

The speech’s topics were broad, and Suzuki spent a prolonged period of time going into detail about the history of humanity’s influence on the environment and our distinct ability to contemplate the future, including potential disasters. Although Suzuki dwelled on this introduction for too long and perhaps lost listeners due to somewhat off-topic digressions, he nonetheless did a good job posing an important question: why, considering humanity’s unique capacity for foresight, do governments and leading industries continue to escalate emissions despite promises to curb them?

Instead of posing a reductively definitive answer, Suzuki opted to go a more philosophical route, mirroring the contemporary posthumanist turn in academia. He claimed that, more than ever, humans must start relating themselves to their natural surroundings instead of understanding themselves in opposition to it. Relating to the environment is a matter of care, and when value can only be discerned in terms of consumption and ever-expanding economic growth for anthropocentric purposes, we are bound to neglect that care and destroy the very environment we rely on.

When I initially read the University of Manitoba Students’ Union (UMSU) had selected a speaker to talk about the world’s most pressing environmental issues, I fully expected a liberal environmentalist to lecture students on the importance of ethical consumption. Instead, when Suzuki was posed a question about ethical oil consumption by a student during the question-and-answer period, Suzuki aptly responded that the idea is “a pile of crap.”

The idea oil companies could somehow manage themselves sustainably is ludicrous, and Suzuki was right to be direct in saying so. The very cornerstone of sustainability is the principle of balance — balanced inputs and outputs of resources in isolation, but also balance with ecosystems as a whole. Most university-educated students should by now be aware oil cannot be put back in the ground after it has been burnt, and it is certainly no secret that emissions are throwing our environment into a cascading feedback loop that threatens to destroy much of the world’s biodiversity. That isn’t sustainability.

As Suzuki pointed out in his speech, nations and oil companies have had ample opportunity to curb emissions since the mid-20th century. Suzuki drew on a famous quote from the former president of the American Petroleum Institute Frank Ikard to convey this message. “There is still time to save the world’s people from the catastrophic consequence of pollution, but time is running out […] carbon dioxide is being added to earth’s atmosphere by the burning of coal, oil and natural gas at such a rate that by the year 2000 the heat balance will be so modified as possibly to cause changes in climate beyond local or even national efforts,” said Ikard in 1965.

But the issue of global warming persisted, and in 1977 one of the world’s largest oil companies, Exxon, recognized the damage fossil fuels had done to the natural environment. “In the first place, there is general scientific agreement that the most likely manner in which mankind is influencing the global climate is through carbon dioxide release from the burning of fossil fuels,” said Exxon scientific advisor James Black. The following year, Black estimated the world had about “five to 10 years” before nations had to start transitioning to different energy sources. This was a formal recognition by one of the most polluting companies on the planet that burning fossil fuels was a completely unsustainable source of energy.

Fast forward 44 years and, instead of cutting fossil fuel production and consumption, the world has nearly doubled its annual emission rate. Politicians from a variety of nations continue to promise environmental action for political advancement, but as soon as they are elected, backtrack on their promises in the interest of financial gain. This, Suzuki appropriately pointed out, is due to big business, a lack of political accountability and, as previously mentioned, our egotistic anthropocentrism. Who needs to take steps toward transitioning to a green economy when leaders and parliamentarians will be long gone before following through on any of the promises they made to their constituents?

Instead, oil conglomerates and governments tend to point out the benefits of local oil production, claiming it provides jobs, social development or that net impact can be reduced through environmental assessments and offset programs. Take, for example, Justin Trudeau’s absurd claim that to transition to a green economy, Canada must first invest in oil pipelines. Trudeau asserts the federal government should use surplus cash from the export of oil to create green infrastructure, as if creating more of a mess will make cleaning up that mess cheaper. This perverse logic is as misguided as the assumption that humanity can improve the world’s environmental condition while also expanding so-called ethical oil production. In short, we cannot have our cake and eat it too.

Suzuki’s holistic understanding of global warming, connecting environmental issues to political, social and economic shortcomings, makes him a public figure worth admiring. Where many politicians refuse to denounce out-of-control economic growth and inequality as the main factor contributing to global warming, Suzuki expresses important anti-capitalist principles in his activism. “Don’t tell me that capitalism comes before very real biological realities,” he said to the Globe and Mail in 2011. He later doubled down on this statement after the Globe and Mail asked what social cause he would hypothetically donate $1 million toward, claiming he would give the money to “people working to find an alternative to capitalism.”

Overall, Suzuki presented a decent speech, and UMSU organized an informative event despite my initial pessimism. Students should be looking to Suzuki for inspiration regarding climate activism — the first step toward confronting global warming is challenging the powerful organizations that tell us we cannot solve the issue without their help.

Belly dancing: a good way to explore your sensual side

Calling it ‘Islamic terrorism’ paints all Muslims as terrorists