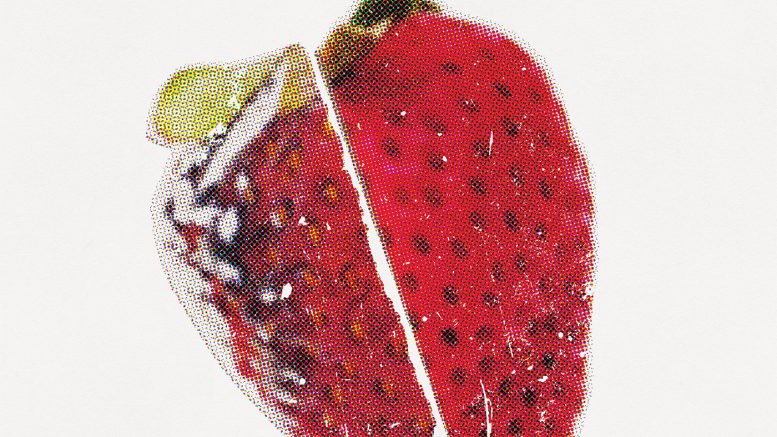 Rock is played out. This is the elephant in the room during any discussion of rock music. Every corner has been explored, and rock’s days of cultural dominance or even relevance are well behind us. All that is left to do is repeat and reimagine rock’s past, applying it to new issues, new emotions and fusing together new combinations of influences.

In the case of most indie rock, this leads to a lot of noncommittal shoulder-shrugging, a sort of embarrassed withdrawal to the margins.

But Status/Non-Status is not embarrassed. In fact, one gets the feeling that the project is still pretty excited to get to work, digging up the best bits of rock’s recent past and blowing them up to stratospheric proportions with an infectious enthusiasm.

Whereas Status/Non-Status’s last album (not counting this year’s OMBIIGIZI album, a collaboration with Zoon), Warrior Down, was a knotty, difficult, dark album which drew largely from apocalyptic post-rock and blown-out noise rock, its new album, Surely Travel, draws from much more easy-going influences — more Pearl Jam than Sonic Youth or Slint.

Without letting up on the ambition and assertive volume, the band goes about reappropriating the sounds of ’90s alt-rock, grunge and college rock with reckless abandon and tight songcraft.

Opening track “Blown Tire” is a stomping, wide-open power-pop slammer that begins at full-blast and doesn’t let up from there. Singer Adam Sturgeon’s vocal is by turns sincere and snotty, adopting a sort of Billy Corgan-meets-Jeff Mangum bleat throughout the album.

Lead single “Mashkiki Sunset” rips pages straight from the old R.E.M. handbook, with a rollicking sea shanty pace and arpeggiated guitars. But like the entirety of Surely Travel, everything is cranked up loud and given a massive feeling of scope.

Other familiar sounds pop up throughout, with “Mainly Crows” bringing the Tragically Hip to mind, while “When They Were” has the same insane outsider delivery and blown-out dynamics as one of Neutral Milk Hotel’s more hyped-up songs.

Some of Warrior Down’s more experimental tendencies pop back up on the expansive title track, “Surely Travel.” The song is built around a hypnotizing, slowly building middle section, with assured gang vocals delivering the repeated manifestation of “I will surely travel.” It’s a comforting sentiment to end the album on, encapsulating a hard-won optimism and assurance that runs through all these songs.

Surely Travel is a really refreshing listen, circling back on the past with an invigorating joy. The songs are anthemic and strong, and delivered with a kind of pomp and ambition that is hard to come by these days.

The threads that bind us

A fucking tidal wave of synthesizers

Time to get your moon on