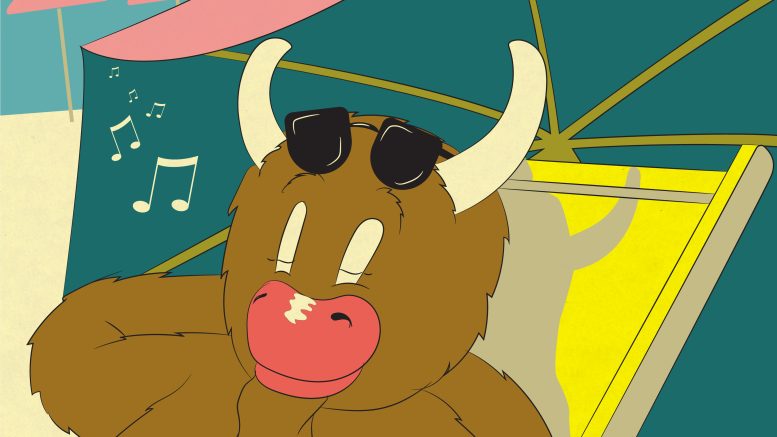 We’re back! It’s been nearly four months since our last issue and music releases kept happening, even when we weren’t there to report them. To quickly shout out all of the great local and Canadian music that we weren’t able to cover, we have put together a little playlist of the highlights.

Lots of great local releases are featured, like “i think it’s u” from Rainy Day Ritual’s excellent new album sparrow, or meadows’ impossibly catchy indie-pop banger, “caught.” Shoegaze and dream-pop heavy hitters Living Hour have returned with the beautiful track “No Body” from their upcoming album, and Matlock’s own The Secret Beach has had a steady stream of great singles from his upcoming project including the lovely “Miss You,” which bounces along jollily while Micah Erenberg tosses off tongue-in-cheek lyrics about the emptiness of endless nights of partying.

Beyond local music, we also missed a few high-profile Canadian releases like Drake’s house-influenced excursion Honestly, Nevermind, Arcade Fire’s big comeback on WE and the long-awaited return of Alvvays on its dense new single “Pharmacist.” There are also a few slightly lower profile releases represented here, like the woozy “tilted crowd” from the Toronto-based lo-fi indie project PACKS’ new WOAH EP, or “Degree” from the debut album by Cola, an offshoot of the recently defunct band Ought. Also of note is the great Nunavut songwriter, Terry Uyarak, whose dreamy “Aniqsaatuinnarit II’’ is a real highlight. Additionally, Daniel Romano’s Outfit is coming off a prolific couple of years with “Genuine Light (La Luna Excerpt).” The track is just a little sample from the Outfit’s upcoming rock opera and motion picture, La Luna.

Check out this sampler and dig deeper into the tracks that you like! And thank your lucky stars that the Manitoban is back to keep you posted about these kinds of things.

But They Respect My Tactics —KEN Mode

Miss You — The Secret Beach

Wrong Side of the Sky —C.Ross, Skull Creator

To listen to the So, what did we miss? ’Toban tracks, you can head on over to