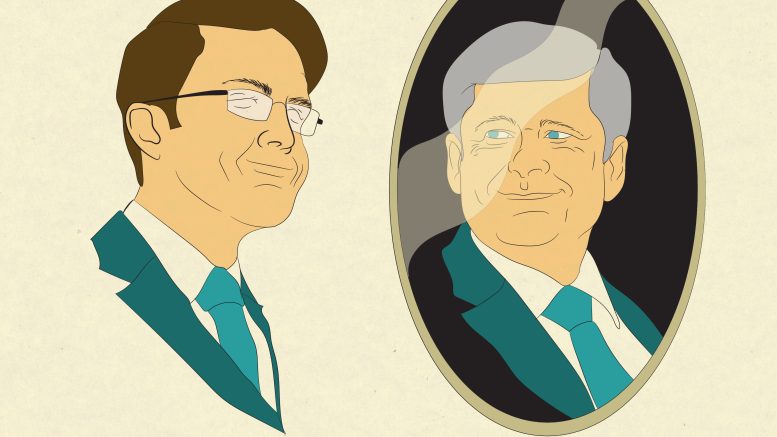 The contentious battle to become leader of the official Opposition and the Conservative Party of Canada is slowly reaching its peak. Party members are expected to elect a new leader by Sept. 6, with results set to be announced by Sept. 10.

The leadership race has been portrayed as a move to unite the party following their unsuccessful election bid last year, in which former leader Erin O’Toole was ousted by Conservative members of Parliament (MP’s). This was after trying to appeal to undecided voters by pushing the party to the centre of the political scene — a move found by many to be “antithetical to core Conservative values.”

The election of Candice Bergen as interim party leader — a long-time social conservative parliamentarian who served in Harper’s government — signalled a clear shift among Conservative bureaucrats by demonstrating the growing distaste for moderate politics.

When selected, Bergen said she planned to focus on unifying the Conservative party despite its conflicting views. Nevertheless, her support for the trucker’s convoy and anti-abortion has caused Canadians to question the political standing of the Conservative Party of Canada.

Furthermore, Bergen re-appointed MP’s to her shadow cabinet that were previously caught up in controversy due to their stance on vaccines. This includes Marilyn Gladu, who was ousted from her critic role by O’Toole after she pushed for the creation of a civil liberties caucus to oppose health care mandates, downplay the severity of COVID-19 and undermine the efficacy of vaccines.

If the interim leader seems to be damaging the party’s public image, the incoming leader is not offering much hope either.

Leadership candidates prove unity is more than lacking within Conservative party membership. From the rise of social conservatism in support of Haldimand-Norfolk MP Leslyn Lewis, to former finance critic Pierre Poilievre — who is leading the race with 48 per cent of support — questioning formerQuébec Premier Jean Charest’s conservativeness.

Poilievre’s support for radical movements in the interest of maintaining his pledge to make Canada “the freest nation on earth” may wind up hurting more than helping.

With the party beginning to shift firmly to the right, going back to the ideology that once helped elect Stephen Harper — allegedly one of Canada’s most polarizing prime ministers — they are set to remain in the opposition for the sake of pleasing the party’s far-right, extremist faction.

Pot is a start — now legalize the rest