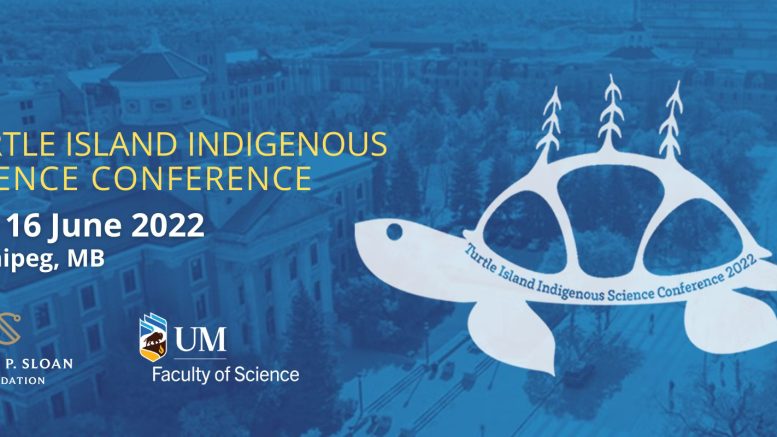 Cultural traditions and language shape the ways people learn and view the world. For too long, Indigenous perspectives and traditional knowledge have been excluded from scientific discussions. Professors at the University of Manitoba have organized the upcoming Turtle Island Indigenous Science Conference to explore the legacy of Indigenous contributions to science.

In recent decades, there has been a reckoning in academic and STEM fields about their exclusionary histories. Indigenous scholars have been at the forefront of the movement toward inclusion in scientific and academic spaces, calling on researchers to embrace Indigenous perspectives and to acknowledge the legacy of Indigenous scientific contributions.

One of the event’s organizers is Myrle Ballard, an assistant professor in the department of chemistry and an Indigenous scholar. She spoke to the Manitoban about what participants can expect.

“This will be a great conference and is the first of its type at the University of Manitoba,” said Ballard.

Named after a creation story shared among many Indigenous peoples, the conference will host interactive workshops and sessions to explore science through an Indigenous perspective. Among the topics for discussion are the value of applying the principle of two-eyed seeing in modern scientific research.

Two-eyed seeing, or Etuaptmumk, encourages scientists, teachers and students to consider questions from two viewpoints: the traditional scientific view and the Indigenous way of knowing. A principle of cross-cultural understanding, Etuaptmumk was developed and popularized by Mi’kmaw Elder Albert Marshall. The word Etuaptmumk comes from the Mi’kmaw language and translates to “the gift of multiple perspectives.”

“Two-eyed seeing is very important, because it enables people to see from both the Indigenous lens and the western lens,” said Ballard.

“It gives someone an improved perspective of both methods of inquiry where similarities and gaps can be better understood, and to understand each other better.”

Etuaptmumk is a form of cross-cultural collaboration, where parties of two different perspectives can bring their strengths to the table and share in their discoveries. The concept was originally introduced in academic institutions and STEM programs to encourage the involvement of Indigenous students in science. It is now being more widely applied by researchers, conservation groups and national institutions.

There is a long history of mutual collaboration and learning between Indigenous peoples and western scientists, especially in the Arctic, where local and traditional ecological knowledge is incredibly valuable. One recent example is in bowhead whale population surveillance in the Beaufort Sea. Local Inuit hunters shared their knowledge about the whales’ behaviour, which helped researchers to improve their survey methods and more accurately estimate the population size.

Outside of research settings, studies have found that when institutions incorporate ideas and methods from Indigenous perspectives in their learning, it is not only Indigenous students who benefit. Across the board, all students benefit from more universal and inclusive teaching methods.

“My research is on the use of [the Ojibwe language] Anishinaabemowin as a monitoring tool for aquatics systems, and the application of [two-eyed] seeing as an ecosystem framework,” said Ballard.

As to what Ballard is looking forward to most at the conference, she emphasized the personal connections.

“I am looking forward to meeting new people, connecting with colleagues and increasing my knowledge,” she said.

The speakers that have been announced to lead the conference possess expertise in a wide array of fields, including ecology and environmental science, medicine and human sciences, psychology, physics, mathematics, astronomy, agriculture and law.

Five interactive sessions will be held, with two on the topics of land, environment, medicine and health using traditional and Indigenous perspectives. The other three will explore two-eyed seeing, the scientific knowledge embedded in Indigenous languages and novel STEM approaches that include Indigenous ways of knowing.

The conference will run June 14 to 16 and is open to anyone who would like to attend. There is limited capacity at several events, so tickets will be available on a first come, first serve basis. Students are invited to submit their abstracts and justification for travel funding by May 7. A closing ceremony and dinner will be held at the Canadian Museum for Human Rights.

“I hope the participants learn, network and increase their understanding of Indigenous Science,” said Ballard.

“This will be an inaugural conference with more to come.”