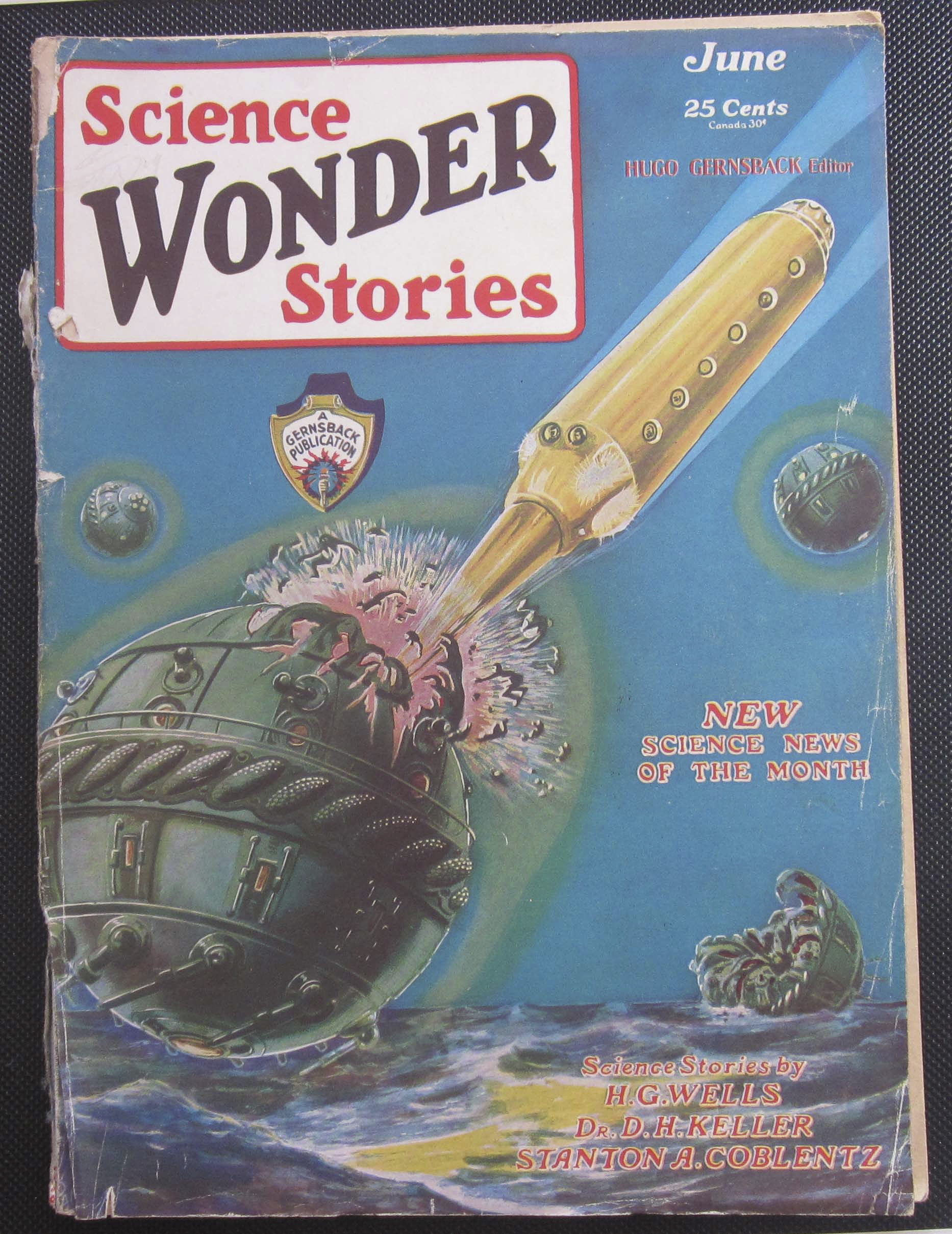 My parents have lately taken up collecting and trading in various paperback collectables, including items such as comic books and graphic novels, old pamphlets and how-to manuals, and an assortment of pulp magazines — amongst other paper paraphernalia. Recently we came across a first issue of Science Wonder Stories, a science fiction pulp magazine originally published in June 1929.

Also included at the back of each issue was a section titled “Science News of the Month,” a couple pages that had been set aside to give a brief overview of various science-related news that had occurred around the world for that month — a section similar to the Manitoban’s own Science section.
In my reading of the “Science News of the Month” for June 1929, my love of science met with my love of history. It was both interesting and amusing to read the snippets taken in context of what we know now, more than 80 years later.

A few of the stories were interesting in their historical context alone, such as the details of a plan to finally stabilize the Leaning Tower of Pisa by injecting liquid cement into the soft ground beneath its small foundation (which inevitably must have failed, as the tower consistently received overhauls, until 2001, to prevent its collapse), as well as an announcement that experimental station W2XBS — better known to us today as the television station WNBC — would be broadcasting images daily by between 7 and 9 p.m. EST at a rate of 20 images per second.

Some stories could be immediately recognized as “wrong” in a technical sense, like the debate over whether the diameter of the Milky Way was 15,000 light years or 300,000 light years (100,000 light years by today’s measurements), or the claim that the Moon’s composition had been determined to be “a porous material similar to volcanic ash,” when today we recognize the Moon to consist of materials as complicated and various as those that make up Earth’s own crust.

Most entertaining, however, were the numerous speculative predictions that a number of scientists of the time had offered the magazine. One Dr. E. Newton Harvey of Princeton University predicted that the chemicals that act to produce light in fireflies would be synthesized and utilized by future peoples as an inexhaustible source of light. Sourcing an article from Popular Mechanics, another snippet predicted that beryllium would come to replace aluminum as the commercial metal of choice on account of its being three times lighter and just as strong — evidently it was not widely known back then that beryllium is quite toxic to humans.

But by far our favourite prediction came from Professor Paul Q. Card out of the Philadelphia College of Pharmacy and Science:
“[W]omen of the future will wear clothing made of asbestos . . . The clothes will not only wear well but will also clean easily and due to the resistance to heat of asbestos the clothes will give physical comfort. The necessity of going to the mineral kingdom for our clothing will be a result of the inability of the animal and vegetable worlds to supply our needs.”

Looking back today, we all knowingly grin at these stories, and wonder how people back then could have been so naive. But I’ve shared these brief examples less so we can reflect on how far we’ve come and more so that we may reflect on where we’ve yet to go. Many of you share an interest in modern science, if not aspire to a career in the field. Many of you may go on to make predictions of your own and contributions that inch us ever closer to that future perpetually lit by firefly juice.

To all you young brains out there: keep your eyes, ears and minds open. We are just as susceptible to bias, politics and popular culture today as we ever have been, maybe more so. Although many of our modern notions and ideas will stand the test of time, certainly others will fade — quirks of our particular moment in time.

Once in a while, be sure to ask yourself what’s accepted as irrefutable fact in your field. Then challenge it. It pays to be ahead of the curve in this game — if someone hadn’t been paying attention, we might all be wearing asbestos suits and mercury-dipped hats.

“Where we are shapes who we are”