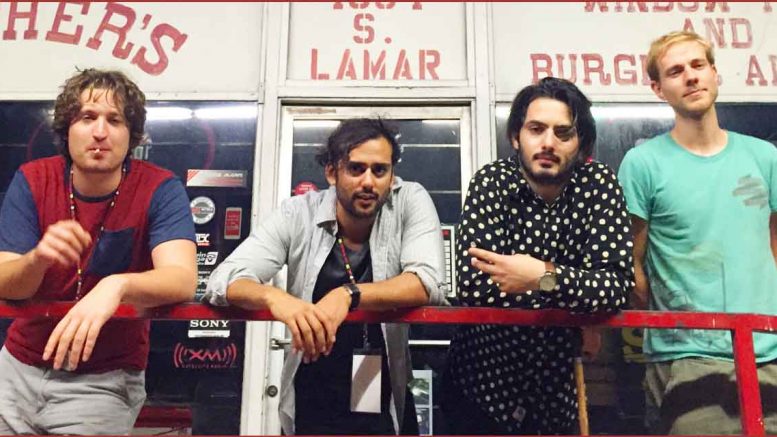 Imitations follows the life of an introverted superfan, Arnold, whose infatuation with a famous popstar drives him to get plastic surgery. His decision proves to be costly as his face begins to fall apart and his dream turns into a nightmare.

The 10-minute short film – loosely inspired by aspiring songwriter Toby Sheldon, who spent $100,000 on a plastic surgery to look like Justin Bieber – highlights the obsessive nature of pop culture.

“Essentially, the message of it is just our take on how the world is obsessed with pop media, culture, and celebrities, and people will do anything to be like them,” Ian Bawa, told the Manitoban.

The Winnipeg-based independent film company was named after its pioneer members Markus Henkel, Milos Mitrovic, Ian Bawa, and Fabian Velasco. The latter three met while studying filmmaking at the University of Winnipeg and formed the collective after German filmmaker Henkel joined them.

The four Winnipeggers have since collaborated to produce two short films: The Champ (2015), which was awarded for a Vimeo Staff Pick and premiered at the 2015 Fantastic Fest, and Under the Neon Lights (2013), which premiered at the Toronto After Dark Film Festival. Their films have earned them a growing reputation in Winnipeg and abroad.

“Milos Mitrovic wrote a script a while back and we – myself, Milos, Velascos – went to school together and always worked together. We decided to work with Mitrovic’s script and bring it to life,” said Bawa.

“The film is very zero budget. It is a 10-minute short film but our goal is to have a feature film made out of it.”

Along with its inclusion in the Short Cuts program of the Toronto International Film Festival, Imitations is also eligible for the Short Cuts Awards for Best Film and Best Canadian Film at the festival. The festival runs from Sept. 8 to 18 and the Winnipeg film will be screened twice at to-be-determined dates.

“You don’t want to hold your breath about that. Who knows?” Bawa said, regarding Imitations’ chances of winning the awards.

“But it’s been interesting. We found out about three weeks ago but we had to keep it a secret. We were super excited. Then on Aug. 4, they flew us out for a press release and conference. It’s been a pretty cool experience so far.”

As a local independent filmmaking collective, MarkusMilosIanFabian have benefited from being part of Winnipeg’s growing arts community and culture and are grateful for the support they have been receiving from fellow artists and the local media.

“We have no plans to leave Winnipeg. Winnipeg is a city-town, it’s a really good arts community here and we have had huge support from that community. We received a lot of help in terms of funding for our films.”

“For now, the plan is to keep shooting and producing films here.”

For more information about Imitations and the Toronto International Film Festival, visit tiff.net/films/imitations-