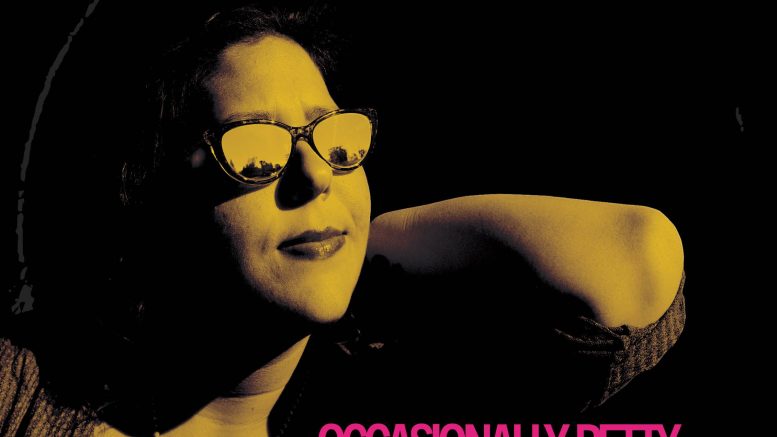 The relationship between music and poetry spans centuries. Posing a “chicken or the egg”-like dilemma for the world of the arts, it is nearly impossible to imagine one without the other, particularly considering how the two forms influence and imitate each other.

Occasionally Petty — debuting April 21 and published by the independent, Winnipeg-based At Bay Press — is a selection of poems set to the songs of late singer-songwriter Tom Petty.

Lietz described the collection as “memory-based storytelling” with poems “inspired by the music of Tom Petty in some way, some manner.”

In fact, “every poem starts with a Tom Petty song,” Lietz said.

Lietz described the inspiration as coming from having “vibed with Tom and his music since pretty much the day [she] was born,” stating that “it was always there, it was just always there.”

“I was 10 years old going into the music store being all like, ‘Hey, can I get the new Tom Petty album?’ and there’s some 20-year-old who’s like, ‘How old are you? How do you know who this person is?’” she said.

Petty’s music “was constant,” she continued.

“Even from when I was a kid, he had a solid discography that I was already, early, introduced to that I had to work with, but he kept putting music out as I was growing up and I kept listening to it.”

Though it may sound like a potentially upbeat musical romp through Petty’s songs, the themes of the collection revolve around grief and relationships.

“It’s a little hard to tell people that my inspiration was grief,” Lietz said.

“I was in mourning and the only way that I felt like I could express the depth of that grief was through poetry.”

And with Petty’s soundtrack as a companion, his music “became more relevant to me as I grew older, and I heard the same songs in different ways as the years went on.”

Since Petty’s songs are often a type of narrative storytelling, Lietz believed that was why her poetry and his songs paired so well together.

“With this kind of project, my poetry and Petty’s songs just clicked together because I was able to tell my own story in a way that I know was at least partially encouraged by the kinds of ways that he would tell stories in music,” Lietz said.

This synthesis of storytelling between Lietz and Petty creates “a lot of subtext” and “a lot of intentional building that most people might not see immediately.”

In fact, Lietz knows “it would be a very rare person who truly understood all of the book, because there are parts that are just for certain kinds of ears […] people that know how to hear it.”

“I flat out say that multiple times in my book in different ways, but you know, it’s poetry, people don’t always think that you mean what you’re saying,” Lietz said.

Beneath this subtext lies Lietz’s “emphasis on gratitude, but in the way that finding gratitude can be a journey.”

Though the journey of finding gratitude through processing grief and mourning is a heavy theme, there are moments of levity in the collection as well, as there can be moments of humour and laughter in the process of grief.

“There’s a lot of nerdy jokes that people might not get, I’m okay with it,” Lietz said.

“Some of them are Star Trek jokes and others are William Carlos Williams jokes.”

By the end of Lietz’s collection, the poet hopes “that it helps in some way for someone,” particularly those going through mourning.

“I would like it to be helpful in the world,” Lietz said.

In our modern world, where so much grief is constant and many of us are in some process of mourning — whether it be the loss of the pre-pandemic world, or the atrocities committed both here in Canada and around the world — Occasionally Petty has the potential to be a therapeutic soundtrack of poetry.