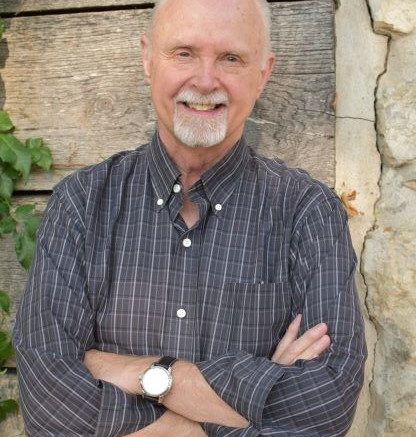 Winnipegger John Einarson has had an illustrious career documenting the careers of rock and folk legends like Neil Young, the Flying Burrito Brothers and Buffy Sainte-Marie. Beyond chronicling these legends, his work has maintained a focus on Winnipeg’s unique music scene — one that he was a part of in the ’60s and ’70s, performing with giants like Randy Bachman and Frank Zappa’s band the Mothers of Invention.

Einarson’s book Shakin’ All Over: The Winnipeg Sixties Rock Scene saw some success in detailing the scene that produced breakout stars like the Guess Who and Neil Young.

“People kept asking me when I would write a sequel to Shakin’ All Over, but I didn’t just want to focus on rock music alone,” said Einarson. “I had written a series of 85 feature articles for the Winnipeg Free Press on local music history across a wider spectrum of genres.

“This gave me the inspiration to put together a book that cast a wider net including Indigenous, francophone, country music, folk and roots music, dance bands and jazz, classical and opera, blues and of course rock music but going back into the 1950s as well as beyond the 1960s to today.”

The result was Heart of Gold: A History of Winnipeg Music, a wide chronicle of the city’s surprisingly successful music industry.

“Like comedian Rodney Dangerfield, Winnipeg just can’t get any respect,” Einarson said. “We’re Canada’s boondocks. No one ever could have imagined the talent that we have produced.”

Though he concedes that there is no simple singular answer to the “Why Winnipeg?” question, he credits some of that success to the “multicultural population, the presence of robust Indigenous and francophone cultures and a wide spectrum of live music offerings in a variety of genres,” as well as our position as outsiders to the mainstream entertainment industry.

Einarson looked to uncover some of these different cultural scenes throughout the years, putting special focus on the Indigenous and francophone artists.

“A few years back I wrote a big Winnipeg Free Press story about the discrimination and racism that Indigenous — First Nations and Métis — musicians and singers faced for decades on the Winnipeg music scene,” he said. “It was quite a revelation for many non-Indigenous readers but an all-too-true reality for Indigenous people.”

“I also collaborated with much-celebrated Indigenous singer-songwriter Errol ‘C-Weed’ Ranville on his life story Run As One: My Story, which also opened my eyes to the realities for Indigenous musicians and singers […] the opening chapter of the book focuses on the development of Indigenous music in and around Winnipeg from the 1940s onward up to today.”

As for the francophone music scene, Einarson explores its emergence through the ’60s and ’70s through a unique non-profit organization called Le 100 Nons.

“It only existed in St. Boniface and spread to rural francophone communities because it was original music all in French,” he said. “Here I was playing community clubs and pubs on the west side of the Red River, meanwhile on the east side there was this unique music scene happening that no one outside of that community knew about.”

Einarson’s enthusiasm for Winnipeg music is still palpable — he shouts out artists like William Prince, Begonia and Sweet Alibi, who are still carrying the torch for our strong musical heritage — and his vast musical knowledge is well-covered in his wide, ambitious book.

“Winnipeg is often perceived as a meat ’n’ potatoes rock music city, yet when you look beyond that, there are so many artists and performers creating great music across a broad musical palette. I believe the future of Winnipeg music remains healthy despite a changing landscape.”

Heart Of Gold: A History of Winnipeg Music is available now through historyofmusic.ca. Though the first print has sold out, a second run is forthcoming.

Locals to look out for