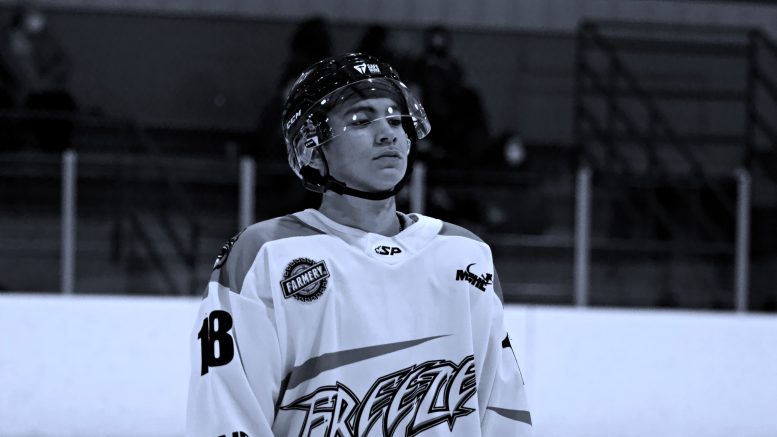 For most Winnipeggers, spring signals the coming of warmer days and more time outside in the sun. As junior hockey leagues kick off their playoffs, many fans and players in the city will choose to spend their time in cold rinks watching the province’s best battle for a championship.

The Manitoba Junior Hockey League (MJHL) has not begun its playoffs yet, but only a handful of games are left in its regular season.

The Freeze sits dead last in the league and do not have a chance to make the playoffs. However, the Blues are a different story.

The Blues are one of the most explosive teams in the league. Led by all-star players Josiah Vanderhooft and Brayden Foreman, the team has already clinched a playoff spot and will look to make a run in the playoffs after the conclusion of the regular season in late March. Moving on to a different league, the Manitoba Major Junior Hockey League (MMJHL) has already begun its playoffs.

The MMJHL is a league that is made up of a variety of different teams in or near Winnipeg.

The St. James Jr. Canucks finished first in the regular season, while the Pembina Valley Twisters, the last team to win a league championship, sit in third. One team to look out for in the playoffs is the Fort Garry/Fort Rouge Twins. The team finished in the middle of the pack this season, but according to defenceman Derek Mathez, the team is a dark horse to go deep into the playoffs.

“This season we have quite a young team in [comparison] to years past, but we compete hard night in and night out,” Mathez said.

“I would say that our greatest asset is the way that we rise to the occasion and do whatever it takes to win big games.”

Overall, everyone is just excited to be playing hockey again. The COVID-19 pandemic forced the shutdown of many hockey leagues around the country throughout the past couple years. Thankfully, this season did not have many interruptions.

“After two challenging years, it was great to be playing a full regular season,” Mathez said.

“We were fortunate to be able to have our family and friends attend each game which made it even better.”

With the smell of playoff hockey back in the air, the competitive spirit of teams and fans has returned to Winnipeg rinks. Mathez and the Twins are excited to once again battle for a championship.

“Around the [MMJHL], I think that everyone is just excited to play some meaningful hockey games,” Mathez said.

“In the playoffs, nobody cares about the stat sheet. People care about who came out on top. With playoffs beginning, there are some butterflies as I am near the end of my junior career. However, once the puck drops, it’s just hockey.”

The Twins begin its playoff run with a series against the Pembina Valley Twisters.

The Clock is Ticking