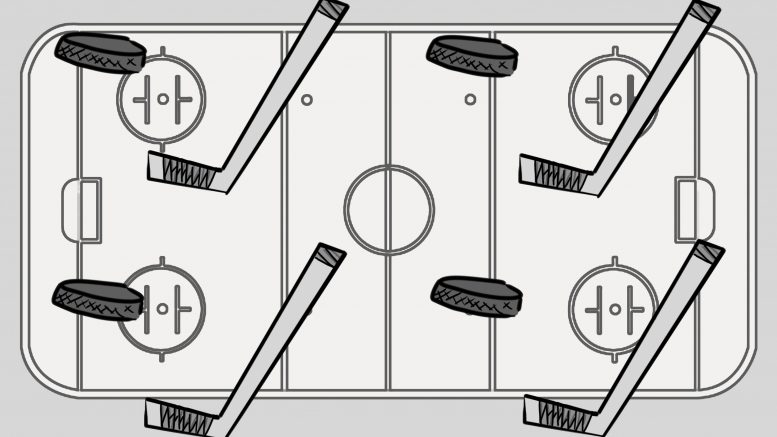 The World Cup of Hockey is set to start on Sept. 17 when Team USA takes on Team Europe. This World Cup is comprised of six countries – Canada, USA, Russia, Czech Republic, Finland, and Sweden – as well as two teams comprised of players from a variety of nations, Team North America and Team Europe. North America is made up of players under the age of 23 from Canada and the U.S., while Europe has players from the likes of Germany, Slovakia, Switzerland, and more.

Some argue that this is not a best on best tournament because of the inclusion of Team Europe and Team North America, but it doesn’t really matter – hockey fans will be watching this tournament regardless.

The Manitoban breaks down the two groups, highlighting key players to watch, and predicts how the teams will finish.

The U.S. have a loaded roster, and come in as one of the favourites in the tournament. They will want to forget their poor performance in the 2014 Sochi Olympics, where they bowed out to Canada in the semi-finals and were then trounced by Finland 5-0 in the bronze medal game. They have essentially the same roster as Sochi and will be looking to prove something, and for that reason, they will top the group.

Player to watch: Joe Pavelski will certainly be a player to watch after his marvelous Stanley Cup playoffs, where he racked up 23 points in 24 games en route to a Stanley Cup appearance. “Little Joe” will be looking to continue that for the Stars and Stripes.

Many will be surprised not to see the Great White North on top of this group, and it’s possible that they could do it. Canada is heavily favoured to win this whole tournament, and there is plenty of reason for that; Canada has won the last two Olympics and has the deepest talent pool in the world. Canada typically plays a little shaky in the group stages, but will most likely make it to the final.

Player to watch: Having missed the 2014 Olympics due to injury, Steven Stamkos will relish this opportunity to wear the maple leaf. Even coming off another season cut short by injury, he still managed 36 goals and 28 assists in 77 games.

The Czechs were unfortunate to be placed in a group with the two North American juggernauts, but they have some young, exciting players on their roster. The only question mark for the Czech Republic will be their defense – after Radko Gudas, there is a steep drop off. This will likely cost them when they play the likes of the U.S. and Canada.

Player to watch: David Pastrnak will be wanting to make a statement this tournament, having bounced between the Boston Bruins and their farm team in Providence the last two seasons.

Player to watch: After a breakout season last year, Leon Draisaitl, who will be one of the German representatives on Team Europe, will be looking to show that it wasn’t just a fluke. The Edmonton Oilers forward will want to prove that he belongs in the Oilers’ top six.

The Russians are always a team to watch out for in any international hockey tournament. Led by dynamic forwards Alexander Ovechkin and Evgeni Malkin, Russia’s firepower will be enough to see them top the group. As with any Russian team, defense is not necessarily their strong suit, but they have three solid options in the crease.

Player to watch: Artemi Panarin will have many eyes on him, as he won the Calder Trophy last season as the NHL’s best rookie. This is Panarin’s first significant international tourney and he will be wanting to prove himself.

The most surprising prediction here is Team North America qualifying for the knockout stages, but if you take a look at this roster it shouldn’t be that surprising to see them finish second in this tough group. Led by teenage phenoms Connor McDavid and Jack Eichel, Team North America will be the most exciting team to watch this fall.

Player to watch: The goal crease. North America boasts some of the brightest goaltenders in the game on their team. Winnipeg Jet Connor Hellebuyck, Stanley Cup-winning goalie Matt Murray and Anaheim Duck John Gibson are all options. It will be fun to see who wins the starting job.

“Those pesky Finns” is a phrase you will hear in any international tournament the Scandinavian country participates in. They somehow find away to annoy opposing teams with their play. Finland might struggle in this group as their shaky defense will be punished by the flashy forwards of North America and Russia.

Player to watch: For Winnipeg Jets fans, and many hockey fans, watching Patrik Laine will be a real treat. The young Finnish forward has drawn comparisons to Ovechkin and will be looking to showcase his wicked wrist shot in this tournament.

Sweden are coming off a silver medal in the 2014 Olympics but their international prowess might stall a bit in the World Cup this year. Made up of a mixed bag of forwards, the Swedes still boast plenty of talent but they will unfortunately be the scapegoats in this tough group.