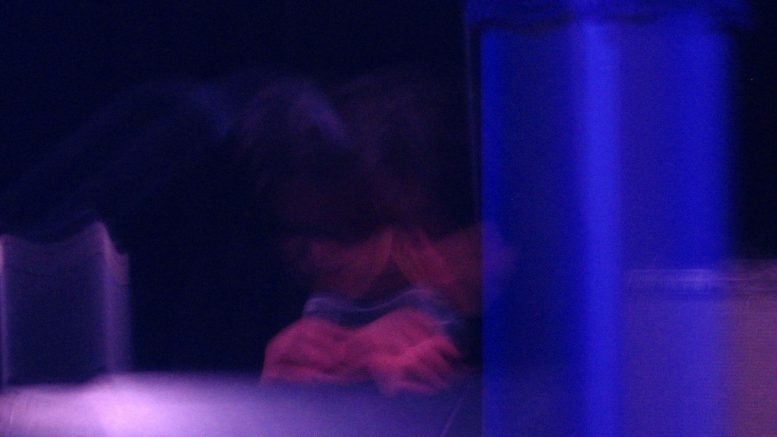 Rainy Day Ritual is the brainchild of Samwauw, or just Sam, a young artist with a lot on his mind. Since releasing its first mixtape last year and a new EP, About August, in February, Rainy Day Ritual has started picking up attention in the Winnipeg indie scene, nabbing an opening spot for Montreal’s Braids and Winnipeg’s Living Hour at the West End Cultural Centre on March 26, a high-profile slot for such a new project.

Listening to their music, it’s easy to tell why they’ve started picking up heat. Each song is overflowing with ideas — distorted synths, guitars, hyperactive beats, auto-tuned vocals and unexpected samples careen out of the mix at a rapid clip. It’s exciting stuff, conveying this wide-eyed feeling of the thrill of creation. Talking to Sam over Zoom, his excitement and ambition are palpable.

Sam got his start as a drummer in a band, but when he took it upon himself to buy home recording equipment, he was excited by the possibilities of recording and making music on his own.

“I got into synths and got […] Reaper, just some freeware [stuff] […] It’s just been a process of expanding for the past four years.”

After releasing some music under the name Samwauw, the Rainy Day Ritual project started in order for Sam to build a space where he could bounce ideas off others freely, but without the constraints of working in the structure of a band.

“I’m always in the process of trying to sort this out,” he said. “I think four months ago it was a band, and now I think it’s just me getting my friends to help me write stuff.”

Most of the collaboration Sam does with Rainy Day Ritual is inherently idea-based, rather than musical.

“I guess [it’s] still collaboration nonetheless, but I don’t think in that regard I would call it a band,” he said.

“You think of a band, there’s like two to four people up there with their guitars and then there’s the drummer and I’ve been trying to almost get away from that […] I loved playing in a band as I did, but I know I’ve got more stuff to do.”

Instead, Sam bounces ideas and tracks off friends in a Discord server, allowing for a wider collaboration on the grounds of ideas and aesthetics, while he still writes and records everything the project puts out.

Talking about this idea-based work on artistic ideology and aesthetic consideration, Sam brings up a series of rants he wrote about the project “The Re-Think” volumes one through three.

“I can’t shy away from that because that’s my formation as a musician […] like Black Eyed Peas, ridiculously over-the-top hard synth pop stuff, and I love that stuff.”

“Nothing is really uncool now — we’re in a great place where everything is sort of ‘in’ and that’s wonderful and horrifying but it allows you to do whatever […] you want, and so that’s what I do. I want to be, or at least I wanted to be on the last EP, like a sort of bridge between T-Pain and Kesha and Animal Collective and Deerhunter.”

While the project is still just beginning, Sam made sure to note there is much more to come.

The new Rainy Day Ritual EP, About August, is available on all streaming platforms. Tickets for the show on March 26 are available at reallovewpg.com.

A record of how I felt then