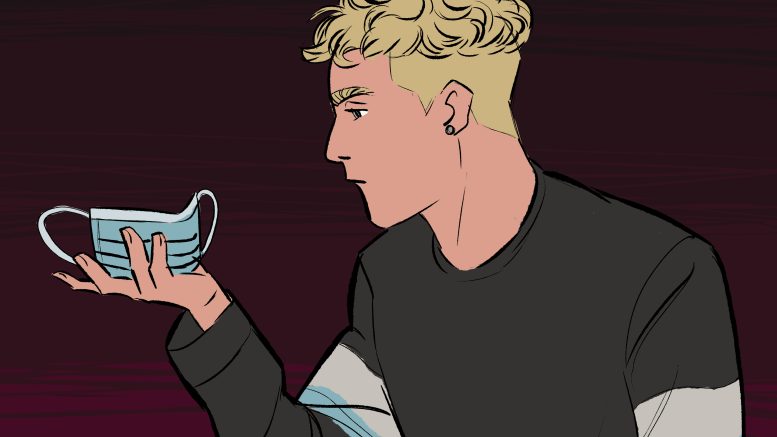 In August 2021, then-premier Brian Pallister made the mistake of dropping mask mandates. With the help of steady vaccination rates and restrictions for unvaccinated individuals, Manitoba looked like it had finally turned a corner. For the PCs, dropping mask requirements was a modest buffer from anti-mandate political dissent after maintaining considerable restrictions for unvaccinated people. With vaccines acting as a parapet to prevent Manitoba’s health-care system from falling over-board, Manitoba should have been fine to ease restrictions, right? Theoretically, it sounded fine at the time, but if this pandemic has taught us anything, we should resist optimism and err on the side of caution. The province was overly optimistic then and Manitoba was thrown into the worst wave of cases following the discovery of the Omicron variant.

Now, Manitoba is in a similar position. Case numbers are reducing and the health-care system is gradually clearing up. However, it seems Manitoba has yet another premier bent on sabotaging the province’s success in exchange for political capital.

On March 15 the Progressive Conservative party (PC) dropped Manitoba’s mask mandate. The PCs are facing what looks to be an inevitable demise come next provincial election and it appears the party is finding it increasingly futile to play along with public health measures it so clearly resents. The result may culminate in yet another self-destructive attempt at returning to pre-COVID life. We’ve been here before, and it didn’t end well.

Considering the PCs are the primary conservative party in Manitoba, it has a diverse voting base that includes the likes of centrists, social conservatives, fiscal conservatives and so forth. No party is internally uniform. However, this base includes a large anti-mandate faction. Last year, traditional PC voters went so far as to form their own anti-mandate populist party called the Keystone Party. For Manitoba’s opposition parties, disaffected voters have been a blessing, but they have clearly forced the PCs’ hand. Unfortunately, regular people will suffer the consequences.

The move to get rid of the mask mandate may be an attempt to regain lost ground. Despite the advice of health coalitions and professionals to keep the mask mandate, the party ignored science and caved to the vocal anti-mask minority. “The removal of the mask mandate […] will embolden the extremist, anti-vaccine and anti-mask convoy movement,” said Manitoba Health Coalition provincial director Thomas Linner.

In late February, public health measures were dropped in several European nations, and many of those same nations are now experiencing an influx of cases. Germany is supposedly setting case records since it dropped its mandates, indicating that the COVID-19 pandemic is far from over. Considering this, the dropping of the mask mandate in Manitoba will likely be short-lived.

Most mandate critics rarely make arguments about the impracticality of wearing a mask. Instead, they tend focus on the principle of freedom. The movement’s rhetoric is dominated by anti-government and libertarian principles that prioritize individual liberties. In this way, the problem is not that masks physically bother those opposed to them — most masks are extremely easy to breathe through — but that the government is telling these groups they have to wear them.

Concerningly, the PCs have adopted this “personal choice” talking point, with little regard for the health of the citizens that have worked hard to keep COVID at bay for the past two years. It seems clear the party does not care about the health of Manitobans, and this lack of concern was further emphasized after PC party members neglected to wear masks to the legislative assembly on March 15. Meanwhile, across the floor, the opposition parties continued to practice caution and remained masked.

The PCs’ disregard for masks in the assembly appeared to be a signal of solidarity with the anti-mask movement, which further bolsters suspicion that dropping mask mandates was not a rationally informed policy decision but an attempt to regain political footing instead.

The party’s reputation has been stained by a bad pandemic response on one hand and demonized by its anti-mandate faction for doing anything in the first place. Now, to regain any chance at re-election, the party is jumping off a cliff and hoping for the best. The PCs have chosen self-destruction and Manitobans will pay the consequences.

U of W students voice opinions on mask-optional policy