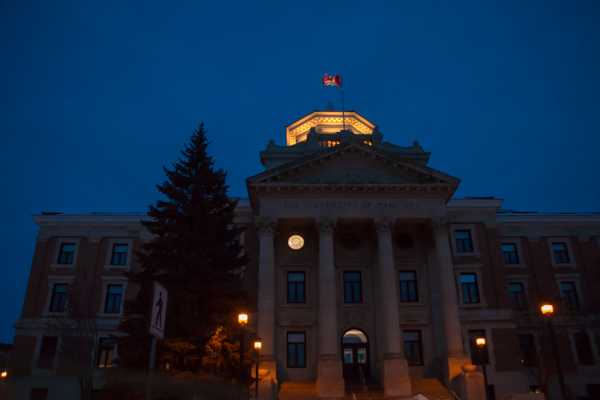 “While tough — because I honestly love this place — the time feels right at this age and stage of my career and life in general.”

“We thought it was interesting and it was definitely not [done] at a time that’s good for admin, whether [the resignation] was due to the strike or it was decided before.”

“Leaving [Kearsey’s] position open, which is the public-facing VP, when the university is dealing with students and faculty and the community who are all calling on them to end the strike places [admin] in a difficult position by not having someone to deal with those areas.”

As vice-president (external), Kearsey’s role was to secure both public and private support and uphold the university’s presence in the community at large.

Rana condemned the administration’s messaging during the strike.

“From what we’ve seen being put out into the public and on social media, it’s been very dismissive towards students. It’s been a lot of reposting the same message, thinking that all the comments students had on their original posts would just go unseen.

“Students know what the truth is. Students see when [admin] is making those types of decisions. A lot of what [SSUMFA has] been doing, especially early on when the strike was starting, was clearing up some of the messaging that admin was putting out towards students.”

Rana doubts the sincerity of the administration’s concern for its students.

“[The administration is] trying to show concern for students’ mental health, but also, they’re the ones who have created the situation that has led to our winter break being taken away. It just comes across as very disingenuous.”