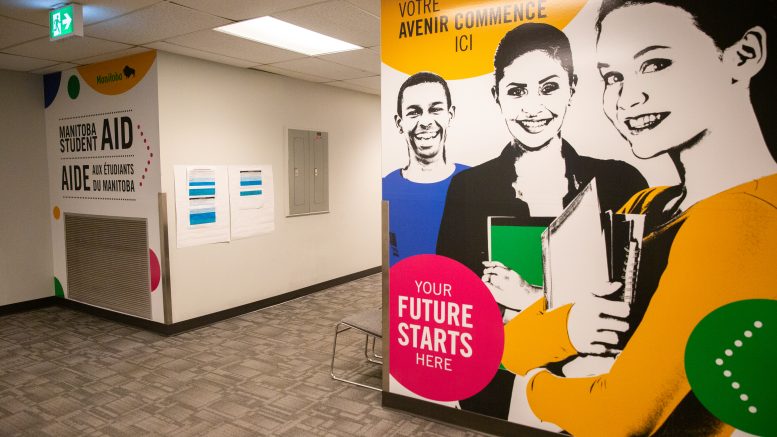 Within the fall semester more than half over, some post-secondary students are still facing difficulties getting into contact with Manitoba Student Aid (MSA) or securing funds, as the government is integrating the province’s student aid program with the federal aid system.

In an email to the Manitoban, University of Manitoba Students’ Union (UMSU) president Jaron Rykiss said that the union has heard from “several students who have been struggling” with student aid.

“It is clear that this is a big issue and one that we do not take lightly,” he said. “We will continue to monitor the situation closely, going forward.”

In a written statement, Canadian Federation of Students Manitoba chairperson Marie Paule Ehoussou said that students “are at their wits end.”

“In efforts to contact Manitoba Student Aid, [students] have called on average 30 times a day to speak to a representative, only for their calls to drop,” she said.

“It has taken students hours if not days to get in contact with a person from student aid.”

The Manitoba government announced in July that it would integrate its provincial student aid system with the federal aid program to “streamline and simplify” the disbursement and management of funds.

MSA will administer existing loans until April, at which point the National Student Loans Service Centre will take the reins.

Minister of Advanced Education, Skills and Immigration Jon Reyes said that the integration would “make it easier for students to manage [their funds].”

Under the changes, borrowers will only take out one loan and make one monthly payment. For now, those with two existing loans will have to make two separate payments, one provincially and one federally, until April 2023.

The government also claimed that the changes will improve disability provisions for users and eliminate restrictions limiting funding to one diploma, certificate or degree.

A written statement from UMSU in July stated that the union had not received any requests to meet for consultation on this decision, and expressed concern that the Manitoba government may use these changes as an opportunity to implement interest on provincial student loans.

UMSU additionally questioned whether removing “a provincial arm that is valued by many” was the best course of action, and suggested that granting greater funding to MSA would be more beneficial than shifting “responsibility to the federal government which is harder to reach and is less accommodating to specific provincial needs.”

Rykiss told the Manitoban in an email that he wished the government had been more transparent in making this decision, and said that consultation meetings would have allowed UMSU to bring forward “concerns with delays that have been present with Manitoba Student Aid for a long time.”

Students have struggled throughout this year to secure funds or get in contact with MSA, facing long delays and dropped calls.

Early in the year, some students still had not received their funds for the 2022 winter semester by March due to technical issues that the MSA website experienced in December of 2021.

Students had to wait until July for 2022-23 loan applications to become available, a delay the province blamed on changes to the system necessary for the integration of the provincial and federal programs.

A system outage delayed the delivery of funds this September, and numerous students were left without aid at the beginning of the fall semester.

Ehoussou argued that students need stable student aid to deal with the “affordability crisis” she said they are facing.

“Students have been on the verge of being kicked out of their programs due to unpaid fees and not being able to pay for their tuition on their own,” she said.

Additionally, Ehoussou pointed out that many students who have been able to make payments were only able to do so by spending their own often limited income, leaving them with less money for expenses such as rent, food and transportation, all of which has increased in cost due to inflation.

Five other provinces — British Columbia, New Brunswick, Newfoundland and Labrador, Ontario and Saskatchewan — have integrated their provincial loan programs with federal aid since 2001. These transitions were accomplished with minimal disruption.

Ehoussou said that the Canadian Federation of Students Manitoba “brought these concerns directly to the attention” of Minister Reyes as recently as Nov. 3.

Since that meeting, Ehoussou said that representatives of Reyes’s department have stated that they have been assured by university administrations throughout Manitoba that students awaiting funds are being allowed to continue their studies, as long as they inform their schools of their situation through the proper channels.

The federation added that they were told additional staff have been brought on to deal with the backlog.