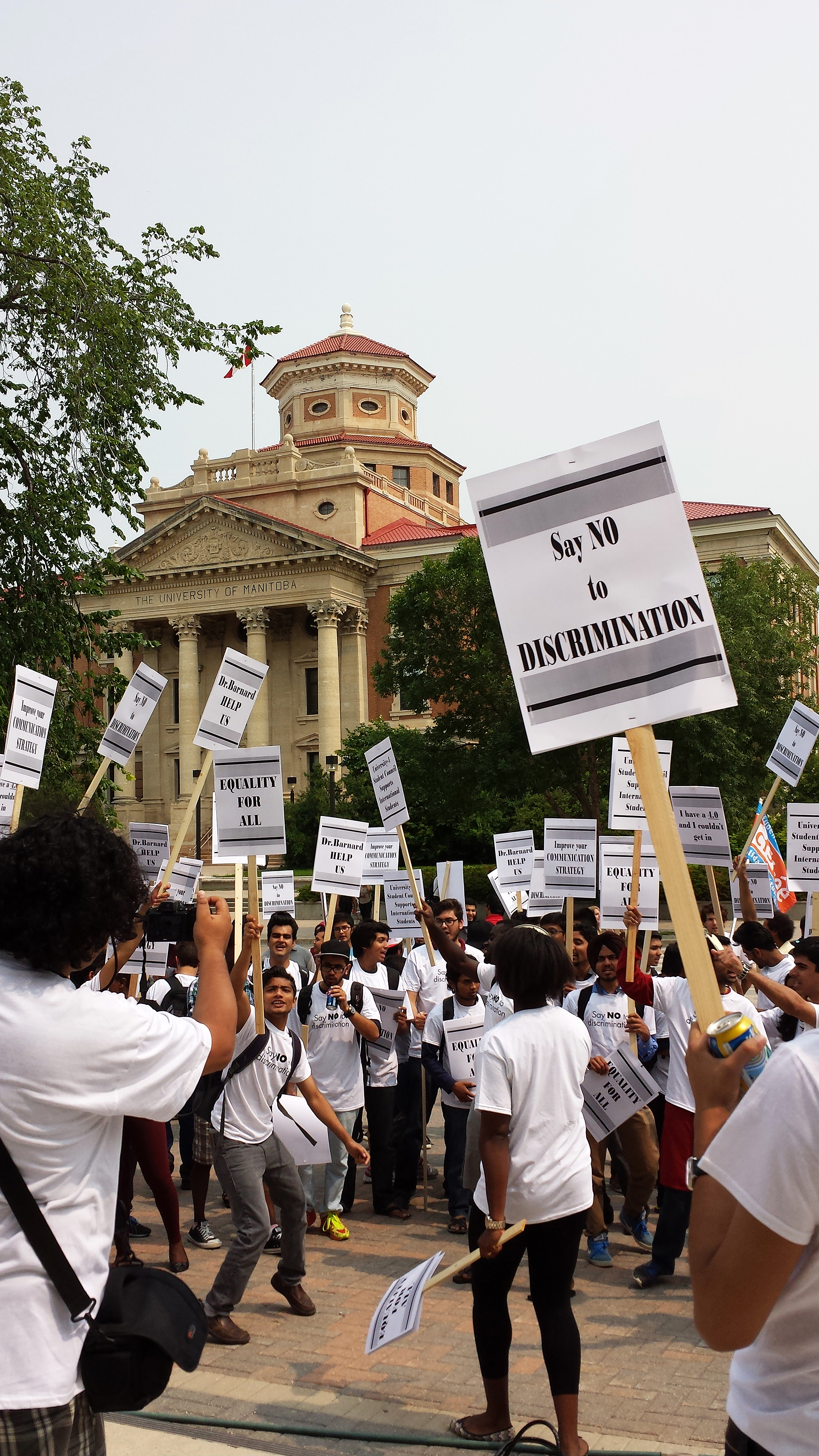 As October rolls in, we see students are settling back into the regular grind of classes and part-time jobs. With all of this going on, it’s often tough to find a moment to look at the larger issues going on in Manitoba.

All students at the University of Manitoba, through UMSU, hold a membership in the Canadian Federation of Students (CFS), which the students’ union joined in 2005. As chairperson of the CFS Manitoba, I am proud to represent students in front of provincial, municipal, and federal governments.

Since my term began in June, we’ve been active in supporting international students facing discriminatory policies from the faculty of engineering, lobbying all mayoral candidates, and successfully having lobbied the provincial government on Bill 63.

For those not in the know, Bill 63 worked to abolish the Council on Post-Secondary Education and, through research and lobbying, CFS-MB was able to ensure that student representation is guaranteed on the future committee that will guide the direction of post-secondary education in the province.

All of this, of course, fits well into our long-standing history of successful campaign work on student issues, going back to the 10-year tuition fee freeze. We’ve done a lot of work in the past and have a lot more to look forward to in the future.

Rumours of cuts to academic programs on campus and discussions over the future transportation situation for U of M students are clearly on the horizon, with the U-Pass referendum occurring this fall as well.

I’m not going to pretend for a moment that any of what I’ve mentioned above is a result of an exhaustive individual effort, or some form of a student union superheroism. No – efforts and long track records of success have to come from vibrant and active student movements that are pushed by their membership. No effective political movement can ever be successful over a sustained period of time without having strong volunteers to push and construct an agenda that truly looks out for students.

In Manitoba, we currently have the third lowest tuition fees in the nation, according to the most recent information from the Canadian Centre for Policy Alternatives, making the province a hospitable place to settle down. This level of accessibility doesn’t come accidentally; rather, it comes from years of sustained pressure on the provincial government to increase access for those who need it most.

And that doesn’t mean the struggle is over. International students in Manitoba still pay at least twice, if not three times, what domestic students pay. Rates of participation for indigenous populations in post-secondary institutions are still below what they need to be.

As a province, we still have a long way to go for education to become truly accessible for all citizens, not just segmented populations. As students, we have a responsibility to advocate, organize, and envision the world we want to see upon graduation. For me, that includes a world that acts on issues around climate justice, systemic racism, and inequality.

In an attempt to create a truly inclusive, responsive, and collaborative movement, we need to work together, bringing the best that all students can offer to truly create social change.

On Oct. 11, we’ll be taking a first step in that process as we host a campaigns forum titled, “Building a Student Movement” in collaboration with Justice for Women and the Global Political Economy Students Association.

Held at the U of M Fort Garry campus, the forum will seek to re-imagine campaigns centred around topics like sexual assault on campus, the international student movement, and the future of post-secondary accessibility in the province. We need participation from students in that process to best develop campaigns that fit your needs on campus.

Looking forward to seeing you there,

Use of the N-word denounced

Dance on over to UMSwing

Transportation proposals unveiled by U of M office of sustainability