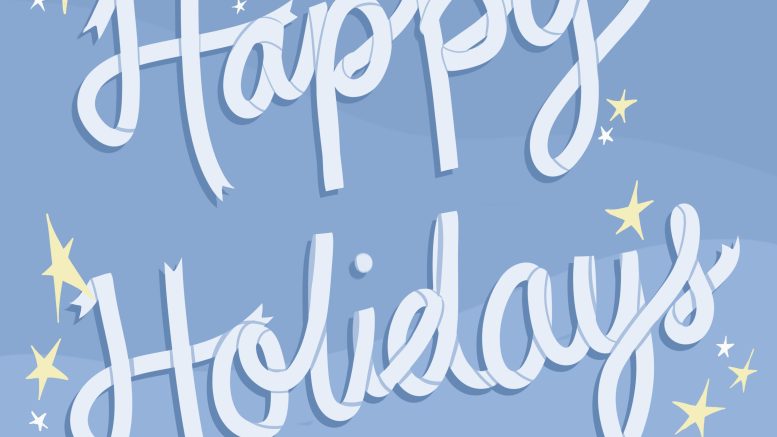 ’Tis the season for holiday music to fill the air. From classics to covers and everything in between, the Manitoban staff are getting into the holiday spirit by sharing our favourite seasonal songs, and some we would rather forget. Pour the eggnog, press “play” and enjoy.

Best: “Christmas” by The Blue Nile

The Blue Nile’s meticulous collections of nocturnal synth ballads typically focus largely on the quiet desperation of aging urban professionals, but on this one-off Christmas track, they use the tools of emotional devastation to instead craft a warm hug on a cold Christmas day.

The synths and guitars sparkle like snow falling slowly in the light of streetlamps. The lyrics are straightforward to the point of near-awkwardness, but Paul Buchanan’s croon gives them all the sincerity and warmth of a Nat King Cole classic: “Take it easy, I believe in you,” he intones in the chorus. It’s like he’s comforting you personally, offering his shoulder to cry on.

The song captures everything I love about Christmas — a warm, familial moment of vulnerability, a reminder that you aren’t alone and that one day the Christmas lights will shine on you, too.

Worst: “Do They Know It’s Christmas?” by Band Aid

The charitable ventures of rich and famous rockstars rarely come across well, but this is perhaps the worst example of all. Band Aid, a British supergroup assembled by Bob Geldof in 1984, featured many of the brightest stars of the time, like Bono, Boy George, Sting and George Michael. They wanted this song to address the realities of the Ethiopian famine with righteous anger, but it comes across as hopelessly misguided and infantilizing white saviorism.

There’s a certain charm to the conviction, like when Bono belts his infamous line, “Tonight thank God it’s them instead of you,” with all the finger-pointing indignation he can muster. The video’s showcase of all-star mullets is also entertaining in its own way. But its ultimate impact is forcing us to hear various condescending lamentations on how there won’t be “snow in Africa” and “nothing ever grows,” and inspiring the scourge of ’80s charity singles. Even Geldof thinks this is one of the “worst songs in history.”

The perpetually stuck-in-my-head tune “A Holly Jolly Christmas,” sung by Burl Ives, takes the fruit pudding. An upbeat song that brings just as much cheer to the listener as the track itself sings of, “A Holly Jolly Christmas” is a catchy, joyous and consensual number from an era of questionable holiday lyrics. A wall of melodious major chords, Ives’s voice is the perfection of positivity — the warm and cozy timbre one expects from a holiday classic. With another holiday of pandemic-related stress ahead, “A Holly Jolly Christmas” transports you for a few moments to nostalgic times of holidays past. In spite of the pandemic and strike, hopefully a listen to this tune will bring you the warm feeling of a holly, jolly holiday.

Worst: “We Are Santa’s Elves” by Videocraft Chorus

Where my best holiday song pick brings beloved memories, my bane of holiday songs — which  coincidentally also comes from the 1964 film Rudolph the Red-Nosed Reindeer — is the hellish, lyrically cheap, totally filler “We Are Santa’s Elves.” No wonder Santa storms out of the room after the elves finish their song. I would storm out too, if I didn’t have the rest of the film to watch. Most of the song consists of onomatopoeic sounds of bells ringing. In a movie full of fantastic tracks like “A Holly Jolly Christmas,” “Rudolph the Red-Nosed Reindeer” and “Silver Bells,” “We Are Santa’s Elves” completely pales in comparison.

Best: “Held It Down” by Chance the Rapper & Jeremih

“Held It Down” is my favourite song off the album. Over a high BPM, Chance discusses the excitement of getting together with family for Christmas, going out and partying during the holidays and the bond felt between cousins you may not be able to see as much as you would like to.

Jeremih’s adlibs do a great job illustrating the party atmosphere Chance discusses in his raps. This song is regularly played at my family’s Christmas celebrations, as people of all ages can appreciate the high energy the music fills the room with.

This is another song regularly played during Christmas celebrations that I wish would be removed from my family’s holiday playlist altogether. Not only is “Silent Night” my least favourite Christmas song, it is my least favourite song, of any genre, of all time. Every time it’s played, I get sleepy and lethargic. It completely kills the holiday vibe.

The simplicity of “Silent Night” is what makes this so-called “classic” a total dud. It’s incredibly repetitive and slow, making it a song that anyone can sing, which is its biggest downfall.

Every elementary school Christmas concert I’ve been to, it has been butchered by shrill children’s voices. When played over compressed mall speakers, “Silent Night” makes waiting in holiday shopping lines feel like eternity. “Silent Night” sang by a church choir at midnight mass makes me wish Christmas Day would come earlier just to get it over with.

If I hear “Silent Night” being played at your Christmas dinner, I’m walking out. I already know your turkey is overcooked and your mashed potatoes are runny.

Best: “What Are You Doing New Year’s Eve?” by Diana Krall

My family’s New Year’s Eve traditions are my favourite part of the season — all of the fun and merriment with none of the stress. Holiday playlists are invariably obsessed with Christmas, but it’s nice to remember not everything revolves around Dec. 25.

This song may be the only popular New Year’s Eve song besides “Auld Lang Syne” in existence and it’s something of a hidden gem. Diana Krall’s warm vocals work wonderfully with the smooth jazz instrumentals, creating a cozy, inviting melody without veering too far into forgettable background music territory. The lyrics are sentimental but not saccharine and the pace is a refreshing change from the frenetic beats of most holiday songs.

All in all, it’s perfect for enjoying a warm glass of your favourite winter beverage late into the night.

Worst: “All I Want For Christmas Is You” by Mariah Carey

Anyone who has worked retail during the holiday season knows exactly why this is my least favourite holiday song. Talk about incessantly overplayed. Honestly, all I want for Christmas is a mute button.

Best: “The First Snow” by EXO

K-pop supergroup EXO has experienced a lot of growth since the release of their first winter special album, Miracles in December — they have released several since 2013 — but this record still ranks among the best of the bunch.

In particular, the Korean version of “The First Snow” is an addicting and uplifting tune despite the subject matter. It is a Christmas song the same way Wham!’s “Last Christmas” is a Christmas song — both are centred around the holidays, but focus on heartbreak, regret and lost love.

The song begins with acoustic guitar and glittering chimes, then D.O’s smooth, melodic voice and Suho’s sweet falsettos float over the arrangement. There aren’t any hip-hop verses on the track, but hearing rapper Chanyeol sing is always a treat and his deep, warm tones at the top of the second verse are an utter delight. The song ends with one last chorus supplemented by Baekhyun’s effortless vocal runs.

“The First Snow” is a catchy, feel-good pop ballad that’s sure to bring a smile to your face this holiday season.

Did you know that Ariana Grande covered Wham’s Christmas classic? No?

Well, there’s a reason for that.

Also released in 2013, Ariana Grande’s version removes all the ’80s charm from the original and replaces it with pounding basslines, vague verses and awkward melodies. Her powerhouse vocals save the track somewhat, but it’s so far removed from the source material that you wonder if it’s even the same song.

Sorry, Ari. Thank you, next.

Best: “All I Want For Christmas Is You” by My Chemical Romance

Sometimes the holidays can get too cheery for my liking — thus, it may come as no surprise that my favourite holiday song is a cover of “All I Want for Christmas is You” by My Chemical Romance. The song retains its energy as a Christmas song due to the inclusion of the original’s jazzy statement chords and Mariah Carey’s lyrics, but strays so far off the path of the traditional Christmas tune that I can listen to MCR’s version year-round.

There are a few key alterations in MCR’s version that make it different from Carey’s original. The first, obviously, is the change in instrumentation. Gone are the jingle bells and smooth vocals, replaced with heavy electric guitar, drums and Gerard Way’s caterwauling voice.

These changes instantly bring a shift in energy, leaning more toward a darker tone. However, it is the intention with which Way sings this classic Christmas ballad that completely changes the reading of the song.

There are dozens of versions of the classic Christmas carol “The Little Drummer Boy.” Some covers succeed in making the song bearable, but others, such as Justin Bieber’s “Drummer Boy” featuring Busta Rhymes, just add to an endless, pointless pile of holiday song drivel.

The song begins mostly in the same style as the traditional tune, with Bieber singing to an annoyingly fake snare drumbeat. However, the song almost immediately breaks down into an egocentric rap by Bieber, which has nothing to do with the original.

Following this is Busta Rhymes’ verse, which makes no sense in terms of adding value to the song either. The entire verse simply outlines the events that led him to collaborate with Bieber, going from a family dinner to heading to the studio and making the song as a gift to all their fans.

I’m surprised anyone would willingly choose to listen to this song at all. Of all the alterations that have been made to “The Little Drummer Boy,” adding a beat drop is arguably the worst.