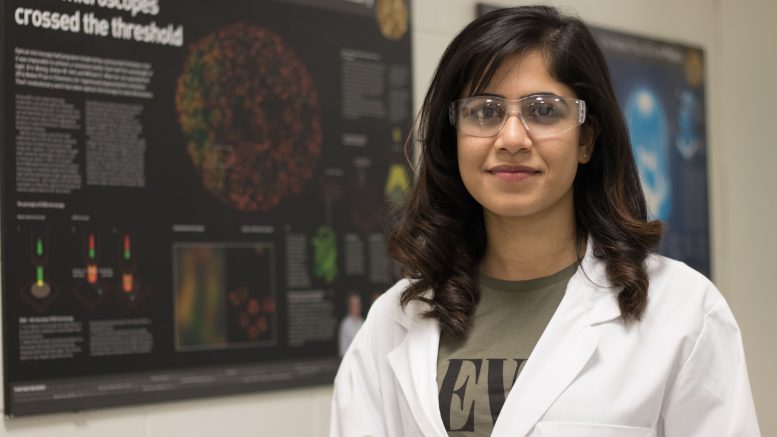 Researchers at the University of Manitoba have found experiences of gender bias persist in natural science and engineering fields in Canadian universities. Annemieke Farenhorst, associate dean in the faculty of agricultural and food sciences and professor of soil science, andJennifer Dengate, a post-doctoral fellow working with the department of sociology and criminology and department of soil sciences, presented their findings in a paper recently published in the Canadian Journal of Chemistry along with co-authors Tracey Peter and Tamara Franz-Odendaal.

The survey originated in the Prairie provinces in 2017 and was extended to include the Atlantic region in 2018 and Ontario in 2020. In all, 21 universities participated in the survey, with over 1,250 respondents. Survey results were based on responses from the 2017 and 2018 surveys, while Ontario’s responses are currently being analyzed.

The survey was distributed to all faculty, including professors and lecturers in fields related to natural sciences and engineering.

Owing to small sample sizes, statistical analysis was limited to people who identified as men and women, excluding other gender identities. This limitation is one that Dengate and Farenhorst hope to address with the inclusion of data from Ontario universities to increase sample size and statistical robustness. With this additional data, the researchers will aim to analyze intersectional inequities, where faculty possess more than one marginalized identity, in more depth.

The survey found that gender bias and inequity exist at multiple levels, including the interpersonal and systemic levels. Among faculty, gender remains a key predictor of reports of negative experiences in the workplace.

In interpersonal interactions, gender bias can take the form of incivility or mistreatment from colleagues and even students. Students may also be more likely to confide in women than in men when they are emotionally upset and may reveal troubling personal issues.

“[Women academics] tend to take care more of the academic family,” said Farenhorst. This results in an imbalance, with women shouldering more of the emotional burdens of students than their male colleagues.

The study also found academic labour was unevenly distributed between men and women, revealing structural inequity. Women were more likely to be recommended to serve on committees than male colleagues, as an ironic side effect of efforts for equal representation.

Systemically, women respondents reported more of their time was spent in service work, like youth outreach and professional development, compared to their male colleagues.

This disparity in service work is crucial, since it detracts from time spent doing research. According to Farenhorst, research productivity is one of the primary criteria in determining tenure and promotion, impacting career trajectory.

In 2008, Farenhorst became the first female tenured professor in the department of soil sciences since the faculty of agriculture was founded in 1924. She was always aware of that fact, but it escaped the notice of her colleagues. A male colleague remarked that he had not noticed that she had been the only woman in the department.

For many, both men and women, awareness of gender bias can be a creeping realization.

“First you don’t realize it, and then you see fewer and fewer women the further you get into your career,” said Farenhorst.

Farenhorst and Dengate acknowledge that the biggest hurdle to addressing biases is to bring this awareness to everyone, regardless of gender.

“We really know what the problem is,”said Farenhorst, citing the large body of research on gender bias in academia.

“Once everyone sees the issue, I think we can more readily move into making changes.”

One of the changes recommended was re-evaluation of the time commitments that are considered for tenure and promotion.

Another change recommended by the researchers was to actively recruit members of underrepresented groups, including women and people of colour, at all levels. Leaders that have first-hand experience with the systemic biases in natural sciences and engineering can more effectively implement changes.

The increased representation of women in leadership positions can also have a morale-boosting effect. In institutions where women were perceived to possess more leadership positions, perceptions of gender bias impacts among female respondents were lessened.

One downstream benefit of reducingsystemic inequities at the faculty level is that more women mentors will be available to students. Since the student body is much more diverse than the faculty body, there can be a shortage of mentors or role models to inspire students to pursue a career in the natural sciences and engineering.

“Role modelling is very important and that is still missing for a number of underrepresented groups that are a part of the student population,” said Dengate.

Dengate and Farenhorst see reasons for hope and signs of progress. One sign is that U of M president Michael Benarroch’s amendment to the strategic plan of the university is strongly focused on equity, diversity and inclusion, Indigenous achievement and anti-racism. Institutional efforts to reduce gender bias at the faculty level will not only benefit faculty, but also students.

“And if you don’t know how it feels — or even see [the disparity] — nothing will ever change.”

A fight against breast cancer

Beach party on the moon!