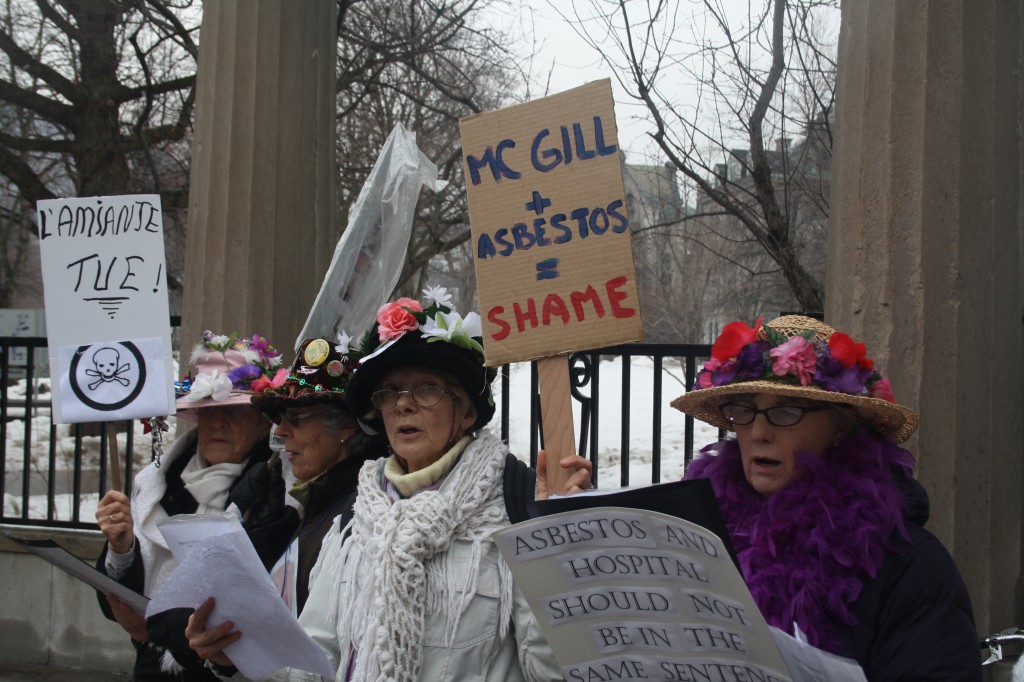 MONTREAL (CUP) — The research work of professor John Corbett McDonald, an emeritus professor in the department of epidemiology, biostatistics and occupational health at McGill, is now under review after allegations of research misconduct.

McDonald retired from McGill in September 1988, after more than two decades as a McGill epidemiology professor. According to a recent episode of CBC’s The National, McDonald received at least $1 million between 1966 and 1972 for research into the health effects of chrysotile asbestos from the Quebec Asbestos Mining Association, which received a large portion of its funding from the asbestos mining giant Johns-Manville.

McGill’s review is being lead by Rebecca Fuhrer, chair of McGill’s department of epidemiology, biostatistics, and occupational health. A group of academics and health experts published a letter earlier this month calling for an external review of McDonald’s research. McDonald’s research holds that chrysotile asbestos is less harmful than other forms of asbestos, and only deadly when a person is exposed to large quantities of it.

“Hardly anybody else but the McGill team believed that,” said lead signatory of the letter and professor emeritus of public health and preventive medicine at the Université Laval Fernand Turcotte. “The rest of the world was really arrested by this,” he continued.

In a statement released Feb. 9, McGill dean of medicine and vice-principal of health affairs David Eidelman said, “Holding scientific views that are different from those of the majority does not constitute research misconduct.”

A postscript to the letter adds, “I would wish to emphasize that there must be no publication of any part of this review under [my] name.”

Turcotte worked with McDonald early in his career, and described him as “one of the superstars of public health in this country” at the time. This fact, Turcotte continued, jeopardizes the impartiality of Fuhrer’s review.

“Because I have worked with Corbett McDonald in the past, I would have refused that kind of mission, and God knows that I have worked [with him] much less than his immediate colleagues in the departments,” he said.

“When I got the documents that proved that he worked secretly for the tobacco industry, it took me months to overcome my depression,” said Turcotte.

Politicians at the federal and provincial level have called for an end to the Canadian production and exportation of asbestos, a policy long defended through McDonald’s research. Westmount-based company Balcorp Ltd. is also seeking a $58-million loan from the Quebec government to re-open the Jeffrey Mine in Asbestos, Que.

Roshi Chadha, a member of McGill’s Board of Governors and director of the export company Seja Trade Ltd., took a leave of absence from McGill two weeks ago. Seja Trade, which exported asbestos — primarily to India — from the Jeffrey Mine for 16 years before the mine closed operations last fall, is a subsidiary of Balcorp.

Kathleen Ruff, senior human rights adviser for the Ottawa-based Rideau Institute, told The Daily that McGill’s review was coming at a “critical moment” for the Quebec and Canadian asbestos industry.

“The global asbestos industry has used McDonald’s research constantly, and still today uses it to deny the harm caused by chrysotile asbestos,” said Ruff. “This is not an issue from the past.”

Another signatory to the letter criticizing McGill’s preliminary review, Edward Keyserlingk is a McGill professor emeritus of medical ethics & health law in the faculty of medicine. Keyserlingk lost his brother, Robert, to mesothelioma in December 2008. Robert’s widow, Michaela Keyserlingk, said he was exposed to asbestos on naval ships in the early 1950s.

“Forty years later, they suddenly found that he had fluid on his lungs,” she said.

“It’s a horrible death. They are really suffocating. And if you think we have all the morphine and all the opiates available to modern medicine to mask all these horrible symptoms, and nobody in India has that and these people must be dying the most excruciating death I can possibly imagine,” she said.

“I think McGill would do well choosing people outside of their own community. I think this is much too serious to have your own people investigating your own people,” Keyserlingk added.

Violence against women high in Manitoba