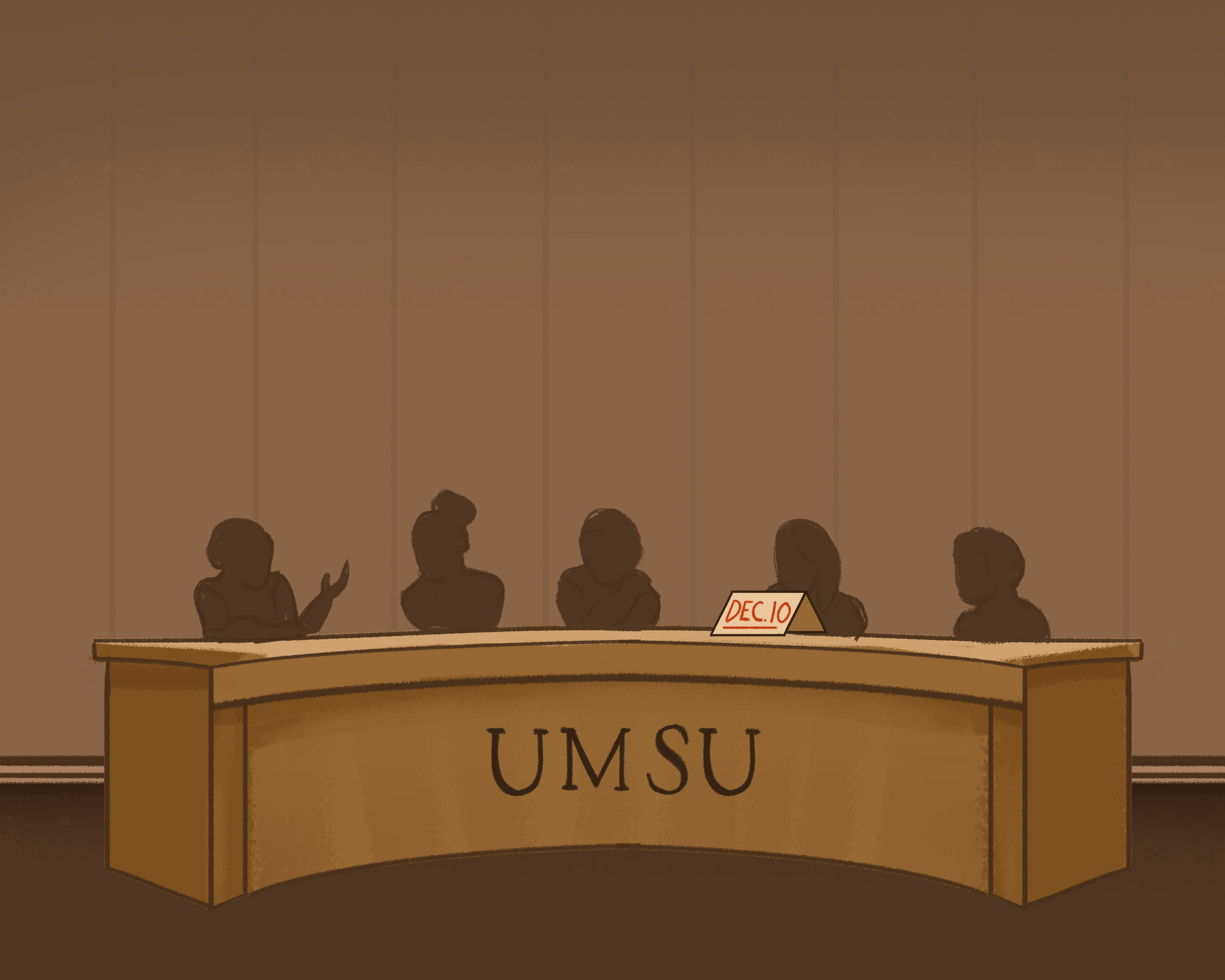 At its final meeting of 2020, held Dec. 10, UMSU’s board of directors heard a presentation on anti-Semitism, a report from UMSU’s judicial committee and comments on UMSU’s future departure from the Canadian Federation of Students.

A presentation from Emily Kalo — third-year student in the faculty of science, senator for the Science Students’ Association and president and co-founder of Students Supporting Israel at the University of Manitoba — was delivered to motivate motion 0498, a motion brought to the board to condemn anti-Semitism by Kalo and Jewish student groups Hillel Winnipeg and Students Supporting Israel.

“The reason I’m here is because I don’t think the University of Manitoba right now has a clear-cut definition of, first of all, how to prevent anti-Semitic incidents on campus, but more so what do in response to them,” Kalo said.

She stated that the resolution before the board was to “acknowledge, define and condemn anti-Semitism and more specifically it calls on UMSU to adopt the IHRA [International Holocaust Remembrance Alliance] definition of anti-Semitism.”

Many concerns have been aired regarding the IHRA definition among proponents of free speech, critics of Israel’s government and supporters of Palestinian human rights.

Groups such as Independent Jewish Voices have also objected to the definition. The group describes itself as “a grassroots organization grounded in Jewish tradition that opposes all forms of racism and advocates for justice and peace for all in Israel-Palestine.”

“When I first read this definition and started to come up with this proposal, I felt it was important to not only base it off of myself but also on other present and past Jewish students who have studied at U of M,” said Kalo. “And unfortunately, they basically all had the same story to tell me where they had not only experienced anti-Semitism in Winnipeg as a whole, but specifically on campus.”

She said she believes the definition should be adopted sooner rather than later.“I don’t think that we need to wait for more visible and, as a result, more violent incidents to occur,” she said. “I think that we can protect our Jewish students […] and all of our minorities before the fact.”

Judicial committee chairperson Anika Khan and vice-chair Judith Oviosun made a report to the board on the judicial board’s oversight of UMSU directors and executives. “We did not receive any formal complaints during the period of this report,” said Khan.

Recommendations were made to the board and the executive to address concerns found over the course of collecting information for the report.

“The first [recommendation] is maintaining professional conduct when performing UMSU-related duties and responsibilities,” said Oviosun. “This includes maintaining a certain level of professionalism when it comes to UMSU meetings, stakeholders, sending out email and also including not allowing personal conflict to influence any UMSU-related work.”

“We’ve seen, even based on what students have put forward, some emails or personal experiences [with UMSU executives] […] that’s one of the reasons why we think it’s very important as an executive, if you’re handling any UMSU-related issues, you should be professional in terms of your emails. Read over them and make sure the wording and the tone is appropriate and not coming off strong and rude.”

Other recommendations made include increasing accountability surrounding executives’ work hours, asking executives to have written documentation of their work, ensuring attendance of meetings related to an executive’s portfolio and ensuring the active delegation of tasks.

Leaving the Canadian Federation of Students

In her report to the board, UMSU president Jelynn Dela Cruz spoke about UMSU’s impending exit from the Canadian Federation of Students.

“My recommendation absolutely, especially with […] the board’s opposition to reaffirm membership, I do think that all efforts should be made as soon as the resources are available,” said Dela Cruz.

Your UMSU and Clear Slate face off