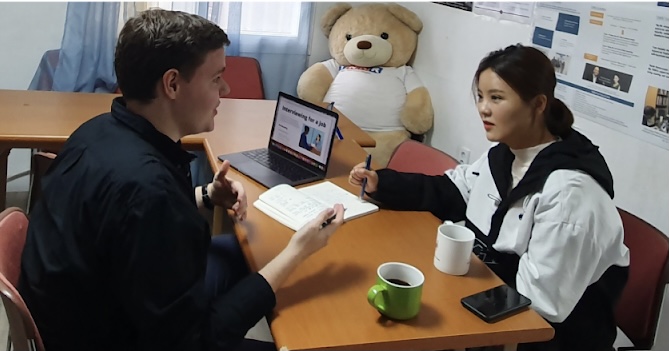 The master of human rights student association (MHRSA) is hosting a virtual panel on Jan. 28 featuring three North Korean refugees sharing stories about life in the Democratic People’s Republic of Korea (DPRK) and how they came to be refugees living Seoul, South Korea.

Speakers at the event include the refugees associated with Freedom Speakers International (FSI) — a non-profit organization formerly known as the Teach North Korean Refugees (TNKR) — as well as two of the organization’s co-founders. According to FSI’s official Facebook group, the organization is intended to “empower North Korean refugees to find their own voice and path through education, advocacy and support.”

The organization also offers free English language lessons to refugees from North Korea. Associate professor at Sophia University and former Harvard law fellow Sandra Fahy is set to chair the virtual event and give a keynote address discussing the possibility of reconciliation between North and South Korea.

Assistant professor of history at the U of M Jeong Min Kim will be discussing the history of relations between the two countries. Michael Campbell, a first-year graduate student in the master of human rights program at the U of M, has a history with FSI that goes beyond assisting in planning the panel.

Campbell completed his undergraduate degree in English at the U of M in 2019 before moving to South Korea with the aim of teaching English to elementary school students.

During this time, Campbell was looking for volunteer experiences and knew of someone who had done volunteering with FSI — at the time known as Teach North Korean Refugees — where Campbell would volunteer from October 2019 to January 2020.

Campbell had to return home to Manitoba due to COVID-19, teaching online rather than in person.

“Over the summer, I had a lot of time to think coming into the master of human rights program and I thought that it would be really wonderful to bring the lived experience of North Korean refugees to this program,” Campbell said. He also noted that he had spoken to the program director, Kjell Anderson, on one of his first days of the program, explained his idea and was told it was a great idea, to which Campbell began reaching out to other students to collaborate.

He went on to say the focus of the event is “twofold.”

U-Pass: Info on the upcoming vote