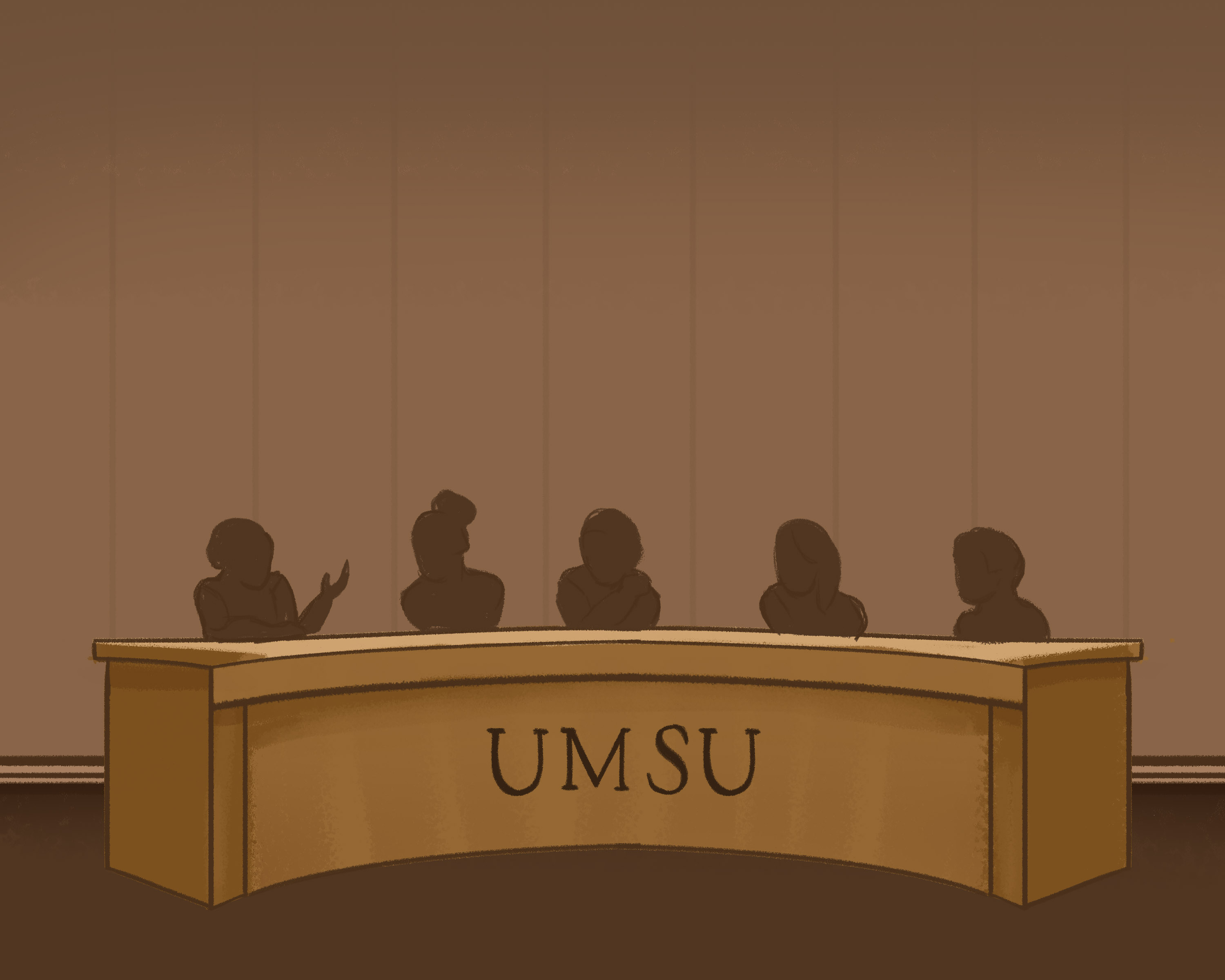 The UMSU executive informed membership of its activities and projects at its 2020 fall annual general meeting (AGM) Dec. 3.

The AGM did not meet its quorum of 200 members.

In her report, UMSU president Jelynn Dela Cruz said advocacy at the provincial level regarding COVID-19 has been ongoing since June, when she and UMSU vice-president advocacy Kristin Smith first met with Finance Minister Scott Fielding and Minister of Economic Development and Training Ralph Eichler.

Her report went on to discuss the asks UMSU had of the provincial government, including “reinstating the ACCESS program to assist mature and part-time students, funding of Campus Manitoba’s credit transfer database and high-speed broadband and internet access for rural Manitoban communities.”

The ACCESS program provides supports — such as academic advising, smaller classes and personal counselling — to students faced with unique situations and barriers upon entering post-secondary education.

Smith spoke about campus advocacy with the student senate caucus in her report, noting the recent success of the compassionate grading proposal.

She said the caucus had made another proposal that is seeking to make “adjustments to online learning.”

“For example, banning widgets that prevent students from going back and forth between questions,” said Smith.

“We spoke to some professors within the faculty of education, and they were able to confirm what our research had also suggested, that there’s no good basis in pedagogy for practices like that.

“Others request that professors post their lectures online, or give students the proper instructions before online exams, so there isn’t any issue with academic integrity.”

Smith spoke about the #SaveTheSemester campaign — the social media campaign that was run by UMSU to try to ward off a strike by the University of Manitoba Faculty Association.

In her report, Dela Cruz stated “international student healthcare premiums should be brought in line with domestic student rates” as an ask from UMSU to the province of Manitoba.

Dela Cruz said UMSU saw some “good successes” regarding the U of M’s 2020-21 budget but acknowledged an “average of a 3.75 per cent increase” in tuition for students.

“We tried our best at that time to direct the attention and direct the pressure toward the provincial government,” she said, while also noting that the province “didn’t budge” on the issue.

According to Dela Cruz, the COVID-19 UM student technology fund — which provides money toward a laptop from the Fort Garry bookstore for students who are without and require one for remote learning — has been recently replenished with a donation of $50,000.

She said the fund has “gone on to help […] hundreds and hundreds of students.”

Smith said that “lots of people” have had concerns surrounding fall and winter fees.

“The fee for [recreation] was reduced for 30 per cent off.

“All other fees, despite perception which might be an unpopular sort of opinion, actually remained relevant during COVID-19.”

Smith said “a lot of students” have been worried about Bill 33 — the Advanced Education Administration Act. Bill 33 would increase the power of the minister of economic development and training to “issue guidelines in respect of a tuition fee or a student fee set by a university board.”

The bill has drawn comparisons to Ontario’s student choice initiative (SCI), which was a directive issued by Ontario’s provincial government that allowed students to opt out of what were called ancillary fees — including student union fees.

The SCI was struck down in court in November 2019. Smith’s report touched on a variety of initiatives UMSU is taking regarding the bill, including “communicating with student unions who have faced similar bills, preparing a campaign and education effort for this issue alongside [the Manitoba Alliance of Post-Secondary Students], planning a multi-partisan student forum event to help students reflect on the implications of the bill, undertaking an independent review of UMSU fees with increasing affordability as a top priority and retaining legal counsel in regard to the bill.”

Smith said that due to the bill, “compulsory student fees at our union could become obsolete.”

“We remain vigilant on that front.”

Impending UMSU audit an opportunity to reflect on spending rules