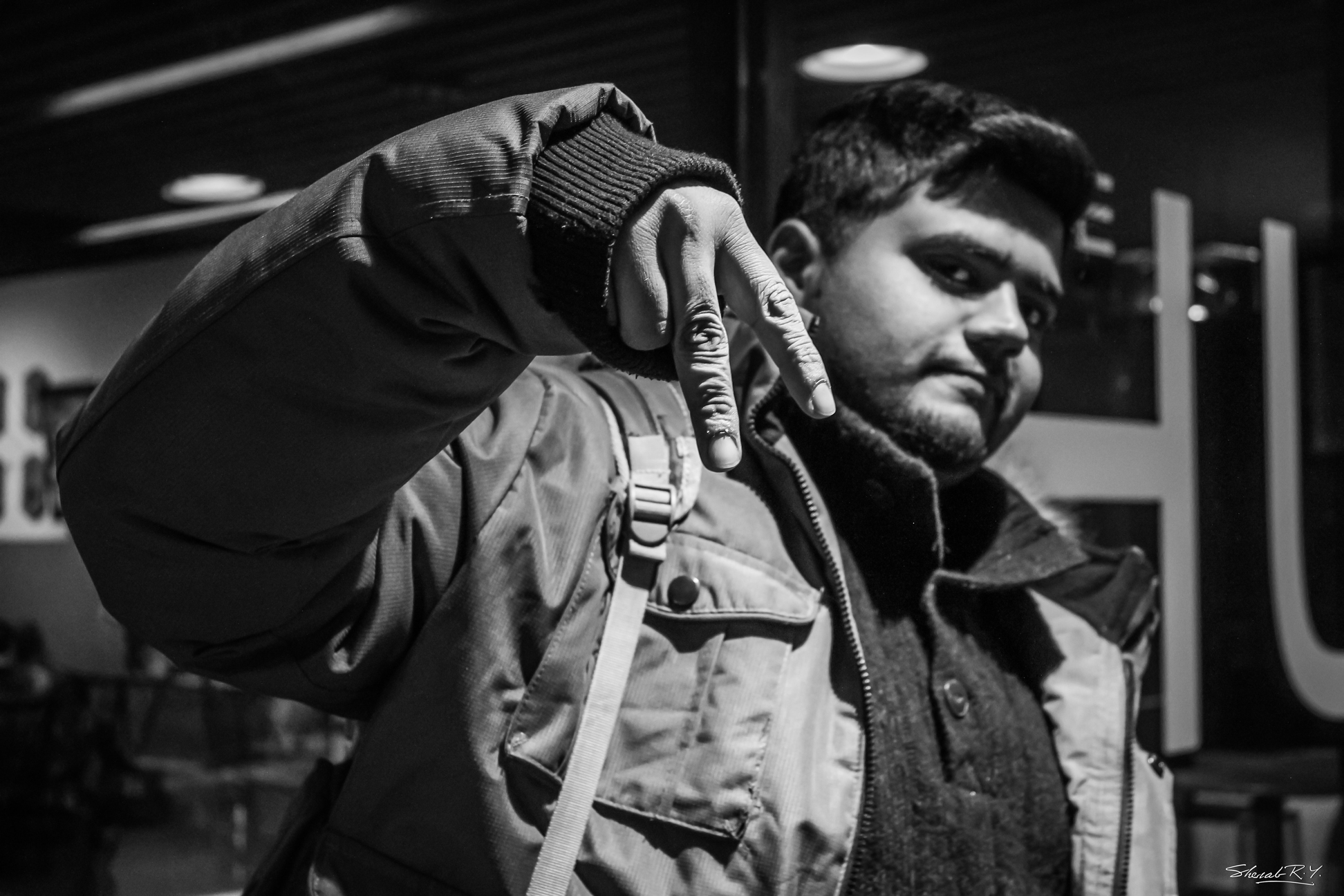 Making music is often as much of a business venture as it is an art form — a conduit for unspeakable feeling warped by an industry that’s only growing more cold-blooded and cutthroat.

Nabeel Khan, who raps under the moniker NABZ, can attest to the feeling of freedom that comes with making music for yourself, outside of industry pressures — he describes his work as a necessity more than anything else.

“I needed an outlet, because I was getting depressed,” Khan said. “I had nothing to do.”

An international student, Khan arrived in Winnipeg with no family and little support.

“I had to struggle, I had to work a lot […] two jobs, trying to pay off my school, basic necessities, all that fun stuff,” he said. “I’ve had nights where I didn’t eat anything […] and I just didn’t know what to do […] there was no solution.”

“Music was there when no one [else] was.”

So, in 2018, he started to write. Khan said that while he had friends who’d been rapping and making music for years, he had no clear idea of what he wanted this writing to reflect — he only knew that he needed a way to express himself.

“I started writing, and a few of the things that I wrote rhymed,” he said. “And I just made a project out of it.”

That project would eventually result in his debut single, aptly titled “The First Chapter.”

“It took me a year to write my first song because I just gave up on myself in between,” Khan said. “I [thought], ‘I should probably not do this.’”

Khan stuck with it, continuing to write and record with the help of friends and local producers. He describes rapping as freeing, a way to express the frustrations he’d been trying to understand.

Khan said there are “a lot of restrictions, coming as a Muslim boy coming from Pakistan — my parents were pretty strict on things.”

Although making music wasn’t meant to be priority, he found solace in it nonetheless.

“It kind of gave me a way to release […] everything that I felt.”

That sense of freedom has driven him to release a steady drip of singles, though he says it’s been difficult to find his muse amidst the lockdown.

“Finding inspiration in your bedroom 24-7 is really not that great,” he said, laughing, adding that you have to “go out and explore the world a bit.”

Still, Khan said he doesn’t plan to stop any time soon. He’ll keep writing, rapping and sending beats around, trying to pull himself up out of the dark.

Carving out a piece of the artistic pie

A small portrait of Cliff Eyland