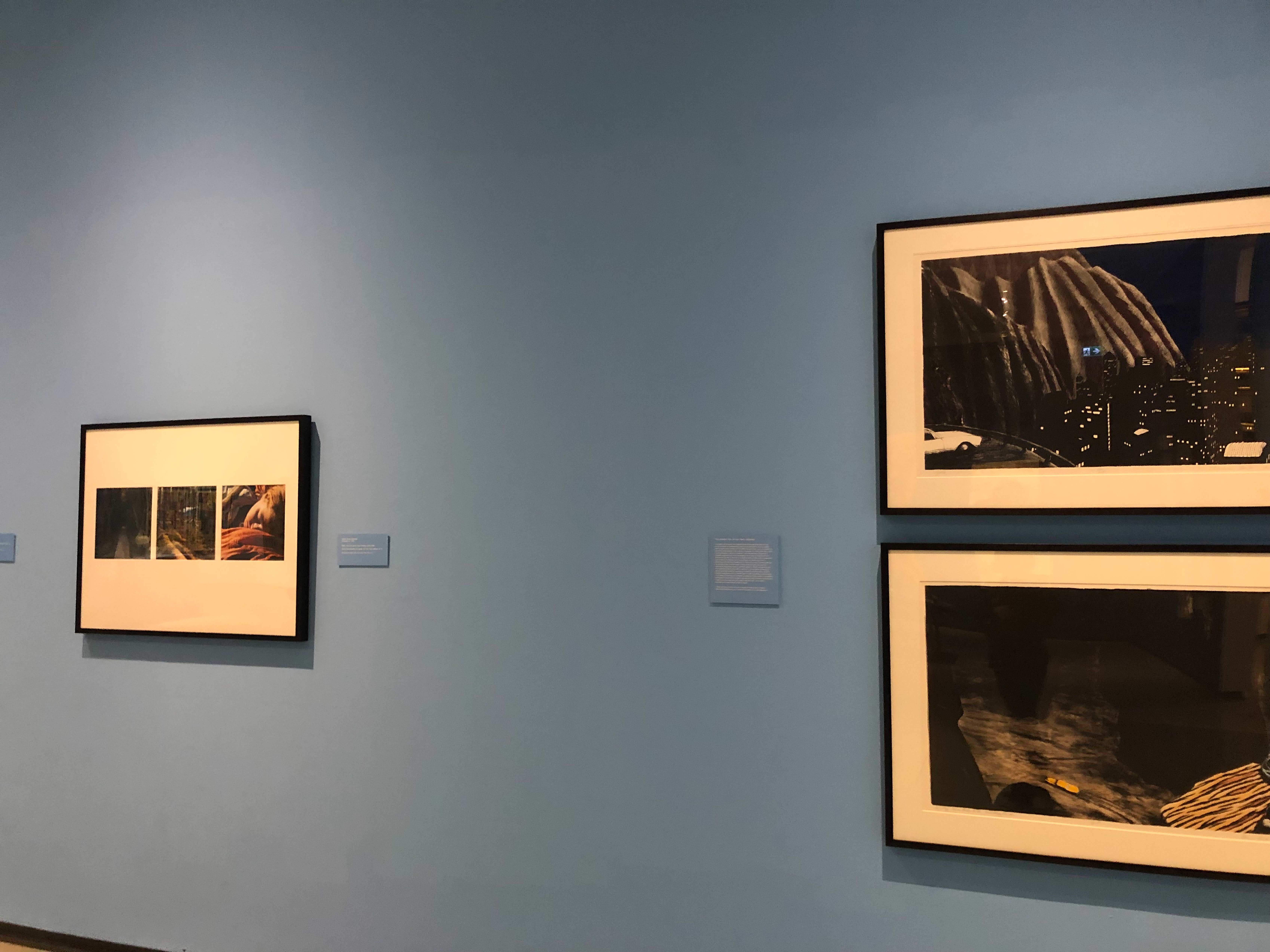 Beginning Oct. 10, art lovers were gifted with a celebration of Manitoba at the Winnipeg Art Gallery (WAG) in the form of an exhibit titled In Place: Reflections from Manitoba. The exhibit is curated by Riva Symko, the WAG’s head of collections and exhibitions as well as the curator of Canadian art.

In Place features work from 58 Manitoban artists and reflects on the ways identity and culture are set in place — a concept even more relevant given the COVID-19 pandemic, which has kept many in-province over the past many months.

In Place was conceived while Winnipeg was quarantined in March to flatten COVID-19 infection rates. Symko was new to the city at the time and could not explore it the ways newcomers usually might due to public health restrictions. She turned to the WAG’s permanent collection for both curatorial pursuits and to learn more about her new home.

While proceeding through In Place, attendees will notice a large space on one of the walls with a placard next to it. Here, Symko describes her disappointment in the lack of representation of Black artists in the WAG’s permanent collection and her plans to change this.

The exhibition itself, which contains 126 different works, creates a real sense of place upon entrance. With blue-painted gallery walls, the rooms containing In Place gave the impression of a wide-open prairie sky and provided both a sense of calm and excitement when moving through the space.

From sculptures to paintings and everything in between, the wide array of mediums displayed in this exhibition speak to Manitoba’s diverse artistic community over the last 50 years.

The Prairie landscape was, unsurprisingly, prominent throughout In Place but reimagined in the various works in a plethora of ways. Multiple artists took this plain setting and found truly unique methods to portray it, which is a testament to the way spaces can be perceived and experienced by different people.

Some pieces of note from the exhibit are Steve Higgins’s Cemetery (1991), Daphne Odjig’s Thunderbird Woman (1973) and Look at Me by Diane Whitehouse.

At first glance, Cemetery could be misinterpreted as a diagram of an actual graveyard. However, upon further inspection, fingerprints and lines made in charcoal betray its artistic origins and triggers a line of questioning about people’s relationship to physical places, the afterlife and the ways we perceive spaces around us.

Thunderbird Woman, with its undulating lines and colours, appears to move right before your very eyes — the longer you look at it, the more figures emerge from its depths — creating dark, cinematic energy.

Whitehouse’s Look at Me feels like many spaces at once. As you shift your brain in and out of focus, it seems to portray different things, making one realize the way that we infer a work’s meaning based on what we are able to see through abstract forms in space.

When many people think about Manitoba, they tend to view it as boring, but In Place proves this wrong and demonstrates the artistic ingenuity, humour and talent that our province provides.

In Place: Reflections from Manitoba is on at the Winnipeg Art Gallery until Jan. 17, 2021.