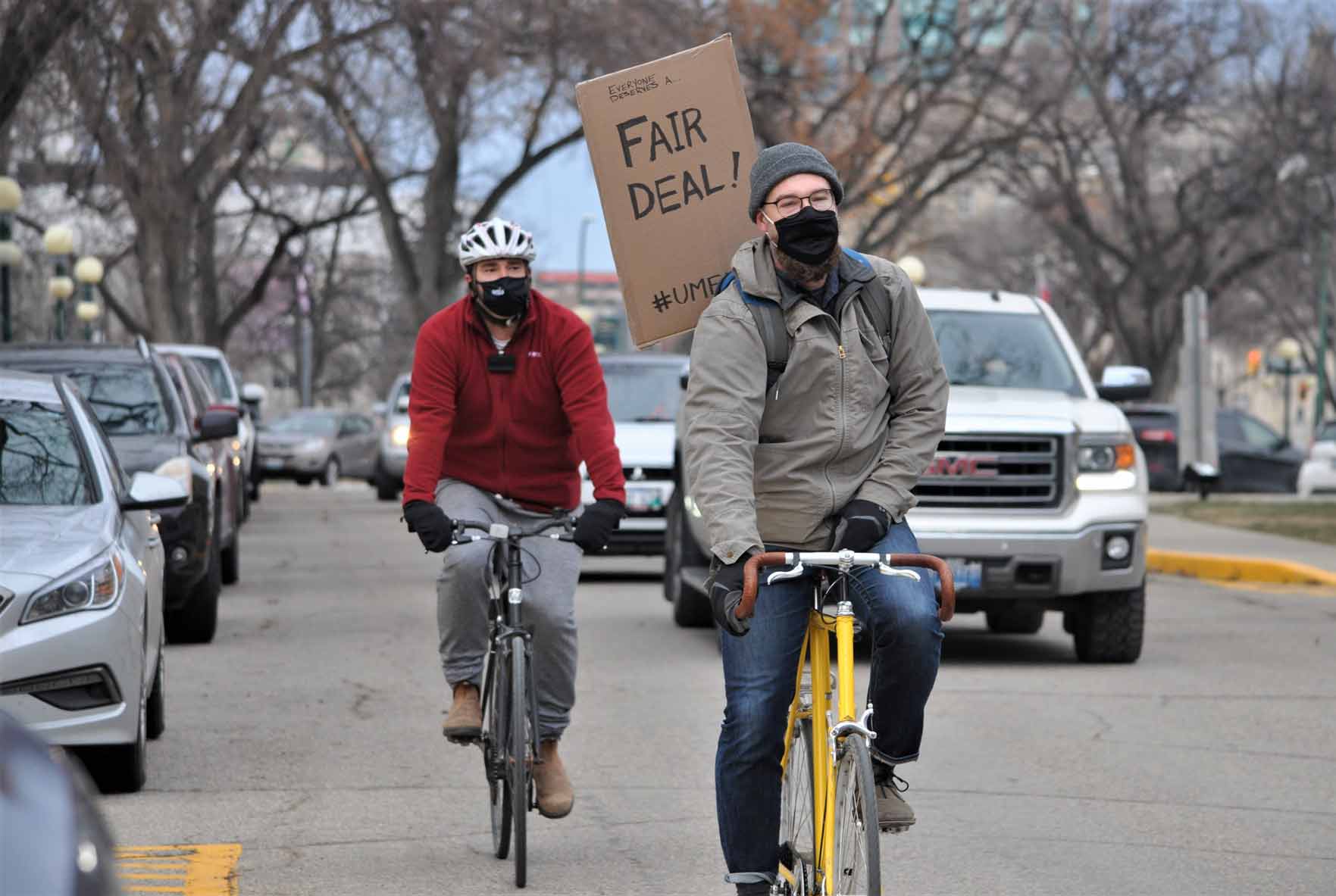 On Nov. 12, the University of Manitoba Faculty Association (UMFA) and U of M administration began third-party mediation ahead of an original strike deadline set for Nov. 14 at 11:59 p.m. The strike deadline was moved ahead to Nov. 15 at 11:59 p.m. for talks to continue. If an agreement is not reached by this deadline, UMFA could be on strike the following Tuesday.

“The administration has suggested mediation […] and hinted that they now have some room to move at the table,” said UMFA president Michael Shaw in a release Nov. 11. “We’re hopeful that room to move addresses our concerns.”

Mediation is a different process than third-party binding arbitration, which has been pushed for by UMFA and UMSU over the last few weeks — although still involving a neutral party, the results of mediation are non-binding and both parties are free to continue negotiating afterward.

On the other hand, binding arbitration legally guarantees the end of a labour dispute with a neutral third party making final decisions which both parties must abide by and cannot contest.

“The university remains committed ultimately to bringing UMFA salaries more in line with salaries at peer universities,” stated an open letter signed by U of M president Michael Benarroch and five vice–presidents Oct. 30.

“It’s clear that this isn’t just about the administration. It’s also very much about the [provincial] government,” said Shaw in the release.

“The Pallister government’s position has every appearance of using UMFA as an example for the rest of the public sector,” he said. “So, they’re pressuring the administration to keep us near the bottom of the U15.”

UMFA is among the first public sector unions to re-negotiate wages following a June ruling that the Public Services Sustainability Act (PSSA) — a legislated wage freeze for public sector employees from 2017 — was unconstitutional.

In 2016, the Manitoba government illegally interfered in university negotiations with UMFA — the university administration withdrew its initial offer and replaced it to adhere to the unconstitutional PSSA.

As a result of government interference in 2016, the University of Manitoba was fined $2.5 million and ordered to make an apology by the Manitoba Labour Board for engaging in unfair labour practices.

In 2016, the university and UMFA came to an impasse in mediation within a matter of days. Shortly after that, UMFA initiated a strike which lasted for three weeks.

Manitoba New Democratic Party leader Wab Kinew said in a tweet Oct. 30 that “This is all caused by the [Progressive Conservative’s] continued interference in U of M trying to insist on a wage freeze that got struck down by court.”

In a tweet on Nov. 3, Manitoba Liberal Party leader Dougald Lamont stated that “the U of M has the money [and] Pallister is saying no. That’s not his job,” and that the Manitoba Liberals are standing “in support of UMFA [and] opposed to [the Progressive Conservative Party of Manitoba’s] mindless austerity.”

In a press release on Nov. 13, the Green Party of Manitoba (GPM) stated its support for UMFA in the labour dispute, with GPM leader James Beddome stating that “instead of working with faculty, staff and students, the Pallister government is needlessly picking fights in the midst of a pandemic.”

“Currently there are 350 University of Manitoba teacher candidates on practicum in 123 schools,” the MTS wrote.

“In the event of a strike, [the MTS] will contribute $10,000 on behalf of public–school teachers to the group’s strike fund.”

Just turn off your cellphone

Drake and showbiz on their worst behaviour