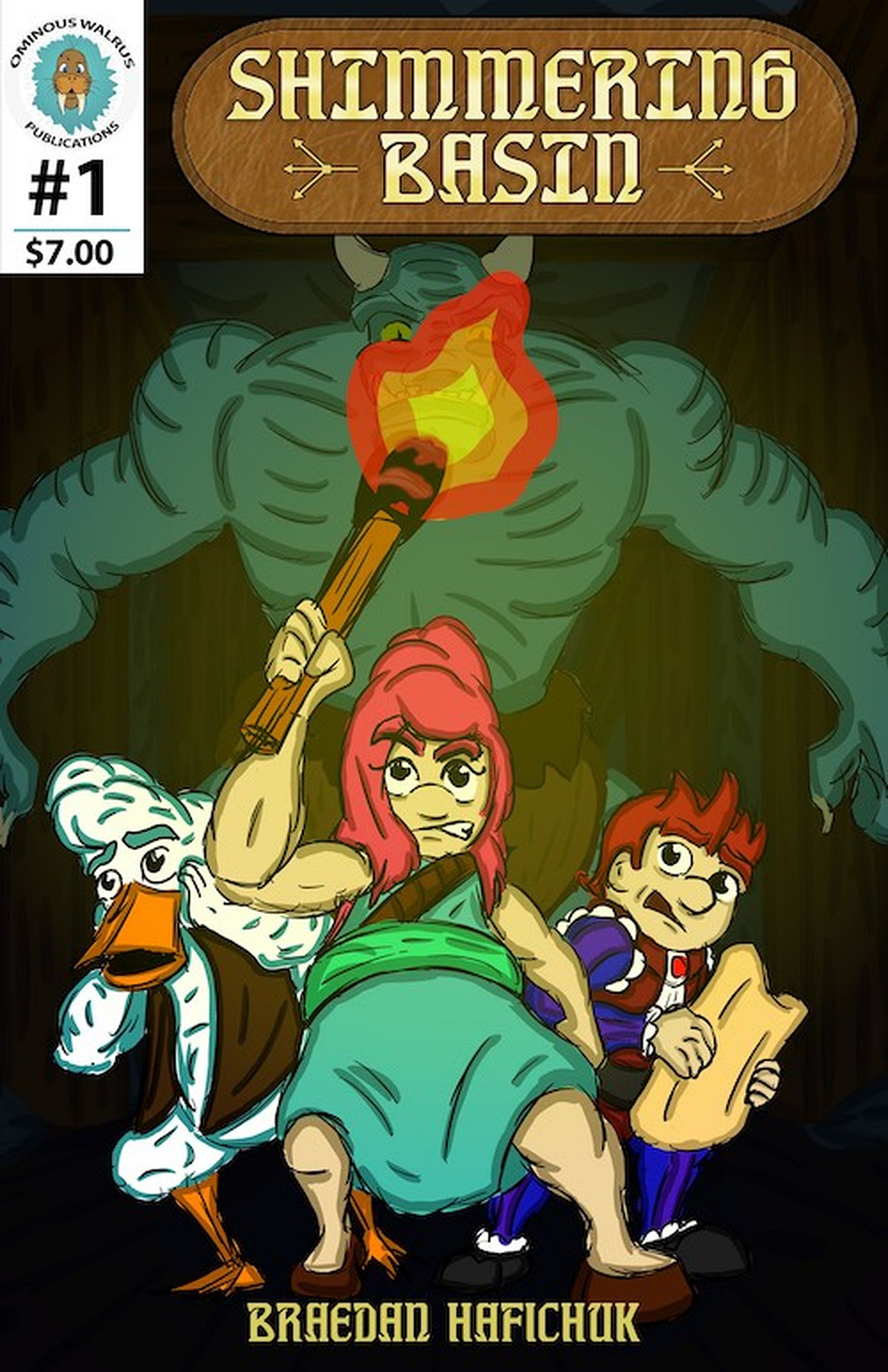 It’s been a month of firsts for Ominous Walrus Publications, whose debut offering is the first issue of a fantastical action-comedy comic book series by Braedan Hafichuk titled Shimmering Basin.

Hafichuk, who has loved fantasy his whole life, began his writing career with a book titled Stalvorhal and has taken what he learned from writing his first book into his newest project.

This independent comic series follows a girl named Shjema (pronounced “shem-uh”) as she moves to her new home of Shimmering Basin and embarks on adventures of a smaller scale than those of traditional fantasy with her new-found friends in this magical town.

In the first issue of Shimmering Basin, we learn more about Shjema’s past, get acquainted with the supporting characters and are introduced to the Kingdom of Harrow.

Compared to the seriousness of some fantasy series, Shimmering Basin is a lighthearted adventure story that presents an alternative plotline that focuses “on the everyday adventures and lives of the ordinary people often forgotten in those 1,000-page sagas.”

The result from this choice is refreshing — many fantasy series tend to have a certain heaviness to them, whereas Shimmering Basin leaves room for additional visual appeal and humour throughout its story.

Another unique part of Hafichuk’s story is that the main characters in Shimmering Basin are children, meaning that we get to watch these characters grow throughout the series. As Hafichuk eloquently puts it, this allows us to witness these characters experience “victories and losses, romance and heartbreak, comedy and horror and the crucial understanding of [their] parents as complex, imperfect and beautiful people.”

Those acquainted with the genre of fantasy will be well aware of the importance of worldbuilding in creating an engaging and believable fantasy world, and Hafichuk has set Shimmering Basin cleverly, leaving opportunities for additional lore to be revealed as the project grows.

For example, throughout the story, we learn that Shjema is actually the daughter of Missandra the war maiden, who went on a quest shortly after Shjema’s birth, never to be seen again.

It also hints at the background of Shjema’s father, Svain.

Hafichuk has layered many paths through which to intertwine the stories of all his supporting characters into Shimmering Basin as Shjema and her friends venture further into the world.

Hafichuk presents us with a fresh take on fantasy and a unique storyline that has the potential to grow and continue for many issues to come — but above all, Shimmering Basin gives us a story of connecting to one’s community, learning about those around you and the adventure of growing up.

Miriam Toews and her Puny Sorrows