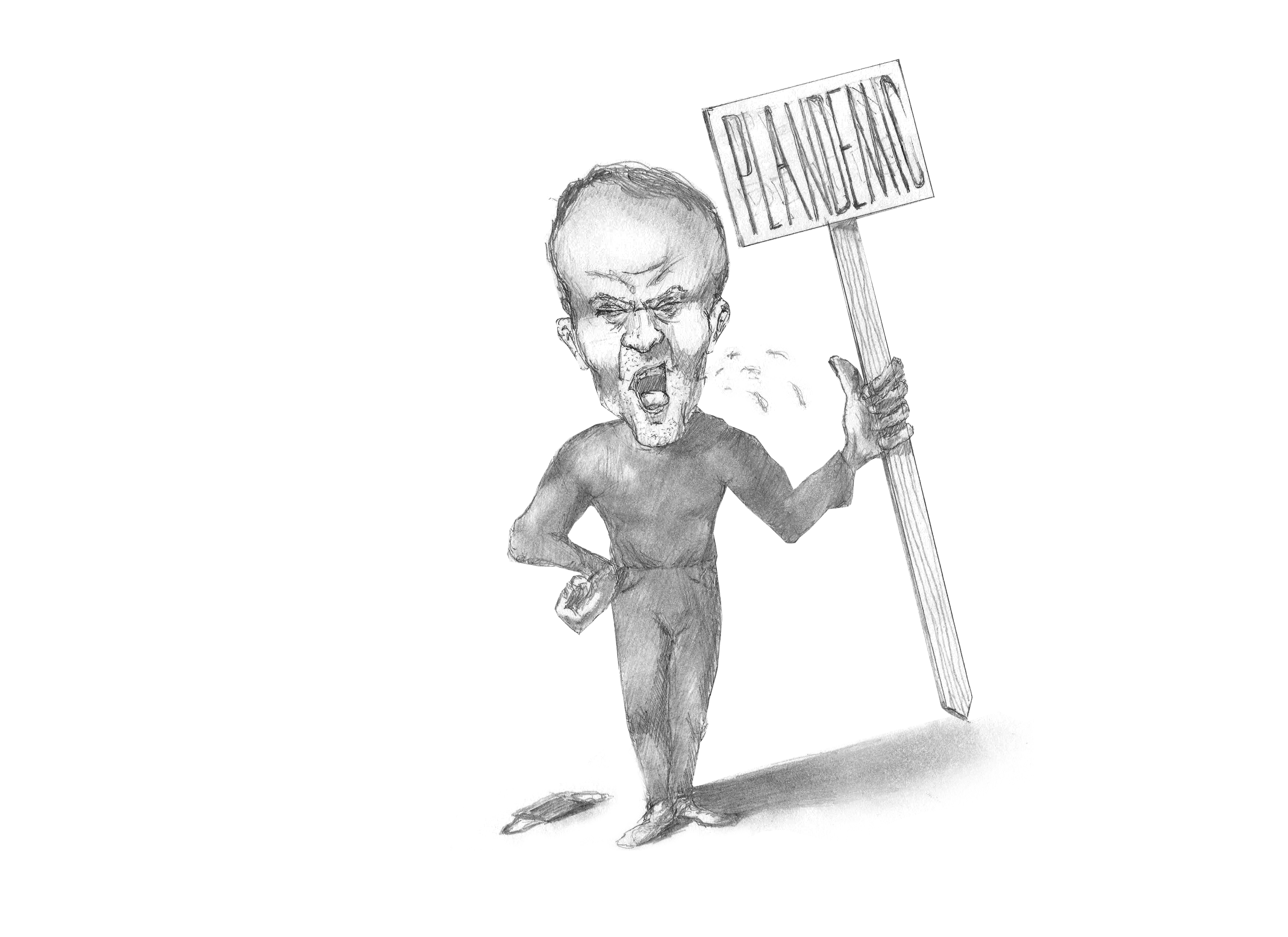 With COVID-19 cases in Manitoba currently spiking and increased restrictions being imposed by the provincial government, it has been a challenging time for many Manitobans as we all prepare to attempt to navigate a difficult winter. Most of us are complying with the emergency orders and trying our best to keep ourselves and people around us safe.

However, there is a small portion of the population that is attempting to subvert government authorities — a portion that seems to believe COVID-19 is not as serious as scientists and public health officials warn.

On Nov. 14, news of a “Hugs over Masks” protest in the city of Steinbach, Man. filled media outlets. A group of roughly 200 people from around the area flooded the small city to protest the government’s mask mandate and other code-red restrictions. All this despite the current limit of gathering sizes.

As of Nov. 22, the southern health region — which includes Steinbach — has over 1,000 active COVID-19 cases and 37 deaths. This is shockingly bad considering the region only has 204,274 residents.

Many of the protesters, of course, did not social distance or wear masks, thereby putting themselves, their families and the entire community at risk of exposure.

Attendees carried signs that espoused debunked conspiracy theories that have been prevalent on social media over the last few months.

The RCMP was in attendance to apparently “keep the peace,” but by and large, did not hand out fines.

Premier Brian Pallister said this week that fines would potentially be sent in the mail to attendees based on license plates seen at the protest, but it’s questionable how many fines will actually be issued. Instead, this may be an empty threat to appear as though the government is being stern with regulations.

It is shocking and disheartening to see so many Manitobans protesting government restrictions — especially considering that after eight months, the novel coronavirus has killed more than 200 Manitobans.

It seems social media has a large role to play in the demonstrations. Misinformation has been spreading like wildfire across the country.

In August, Canadian researchers warned that this misinformation could lead to Canadians putting themselves and others at risk.

In fact, these researchers found that the more someone relied on social media to obtain information about COVID-19, the more likely the same individuals would believe conspiracy theories about it.

In another study, researchers found that nearly half of Canadians believed at least one conspiracy theory about COVID-19.

Misinformation, by design, is meant to confirm our own biases or beliefs. Sometimes it’s obvious that something shared by a family member or former classmate is false information, but research has shown that when something shared aligns with our own beliefs, we are much less likely to question the integrity of the source. In other words, no one is immune from this.

For anti-mask protesters, when they see a video such as Plandemic, or posts that claim that most of the COVID-19 deaths are due to other underlying health conditions instead of COVID-19, it confirms their beliefs that the government is lying and that their lives should not be upended by the precautions in place.

However, these protesters should not be given a free pass just because they are being manipulated by bad actors on social media. Everyone has the capacity and agency to think rationally and question the sources they see.

Although individuals have the agency to problem solve, social media companies such as Facebook must do better at finding and removing misinformation from their platforms.

While these companies have claimed that they have been quick to act on disingenuous information about the novel coronavirus, one study found that nearly 90 per cent of reported posts were still visible with no warnings or fact-check notifications attached.

Even though it’s hard to understand how people could believe such conspiracies, there are many Canadians who do and it is starting to affect communities.

The provincial government must implement stronger enforcement during these protests. Anti-maskers are putting Manitobans at risk, and fines should be given out immediately in order to deter needless exposures.

The next few months will undoubtedly test each and every one of us, but as Manitobans see the light at the end of the tunnel with vaccine approvals nearing, we must do everything we can to protect ourselves and our communities.

Who are you giving your money to?

Bury me beneath tall-grass prairie