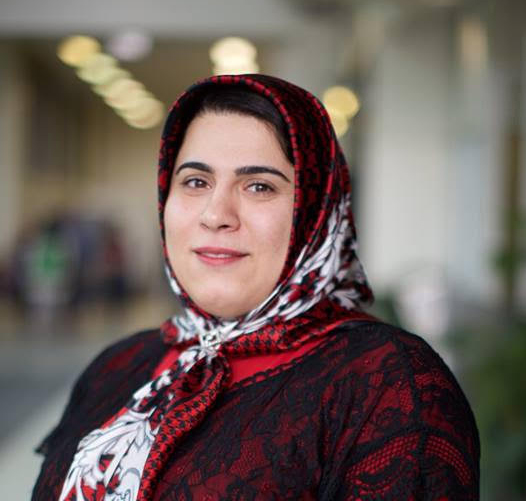 Earlier this year, Ukraine International Airlines Flight PS752 was shot down minutes after takeoff, ending the lives of 176 passengers and crew.

Among those passengers was U of M alumna and scientist Forough Khadem.

After her name was announced in the list of those on the plane, the university established a scholarship with an endowed fund of $200,000 in Khadem’s name, which will go to one international female graduate student conducting research in the biomedical sciences every year.

In her honour, Khadem’s family and her fiancé, Kourosh Doustshenas, donated $100,000 to the scholarship’s endowment fund.

Including that donation, the fund is only about $5,000 away from reaching its goal.

“She really, definitely, stood out as an advocate, and that’s why I think that this scholarship could not be a better tribute to her,” said Louise Simard, acting dean of the faculty of graduate studies.

The scholarship aims to support a student who “demonstrates leadership,” along with “a desire to have an impact on the world through science.”

After graduating from the program with a PhD in immunology in 2016, she went on to work for Mitacs, a not-for-profit organization that aims to support research and training initiatives in the fields of math and science.

While conducting research at the U of M, Khadem was recruited and supervised for her PhD by Jude Uzonna, Manitoba Health research chair professor and associate professor in immunology and medical microbiology.

Khadem focused her research on infectious diseases, specifically a particular strain of leishmaniasis, a parasite which, if left untreated, will cause a person to “almost certainly die from the disease,” said Uzonna.

While researching at the U of M, Khadem was able to identify a potential vaccine for the disease.

When she came from Iran to Canada to pursue her PhD in 2010, Uzonna recalled her fascination with the new environment, coming from a country where women are “very suppressed” and limited to the research they can do.

He said that the scholarship in honour of Khadem, a woman coming from an underdeveloped country to study biomedical sciences, was “just in line with the vision that Forough had in mind when she was here.”

At the university, 95 per cent of scholarships are eligible for all students. Still, only one to three per cent are specifically for those who identify as female.

“I think what’s more striking about this award is that it actually targets a female-identifying international student and in the sciences.”

The lack of indigenous student engagement

Canadian hockey robot is in the finals

A student’s guide to personal finance