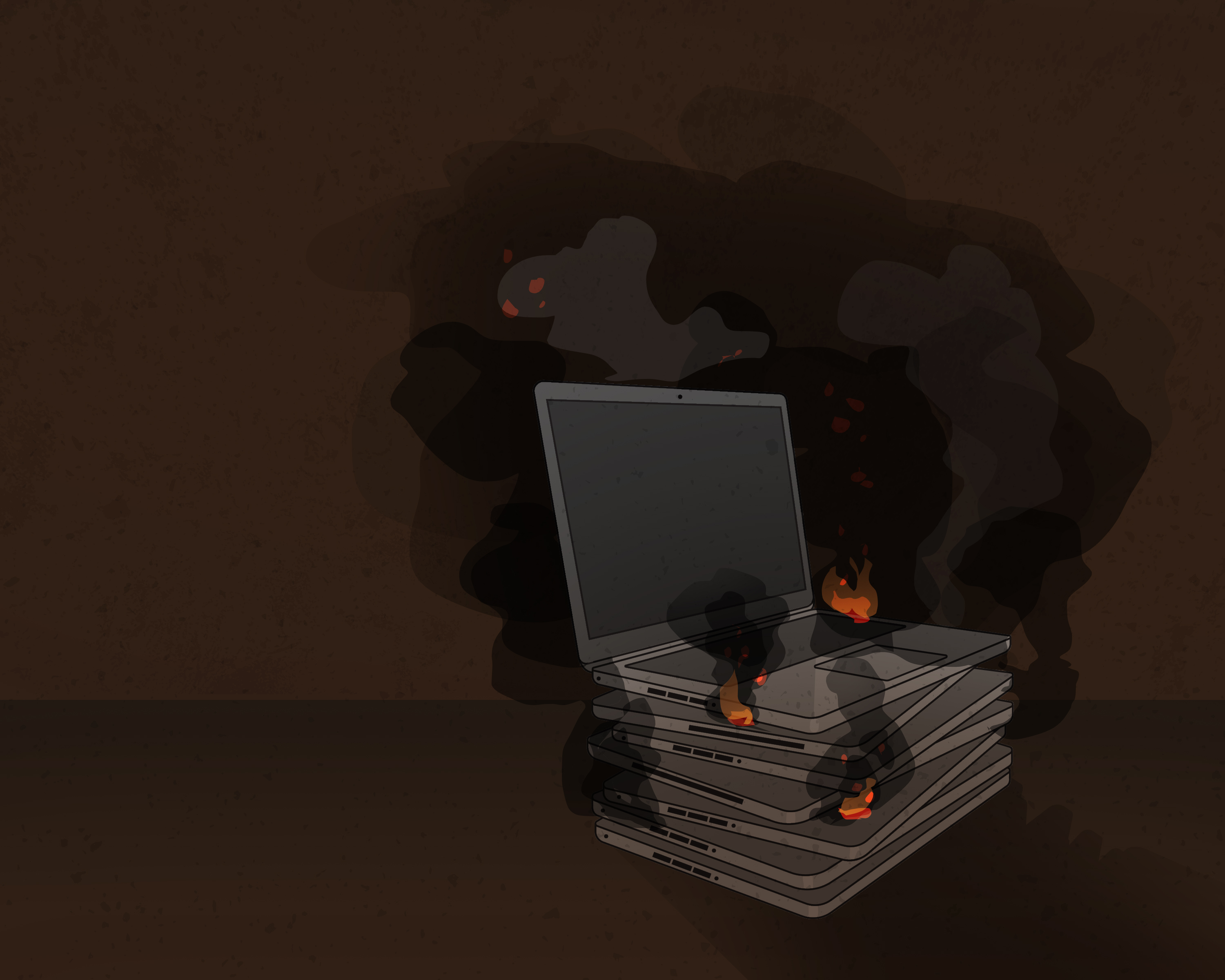 Fall classes have kicked off the University of Manitoba’s academic year once again, but this semester looks a bit different — professors are going over syllabi using Cisco Webex and Zoom instead of in lecture halls, students are griping over unmuted mics instead of crowded buses and the normally bustling campuses are unusually quiet.

One of the most encouraging changes, however, is less dramatic than the rest.

For once, not a single professor has banned the use of laptops in their classes. Admittedly, that’s because laptops and computers effectively are the classrooms now.

Even so, making laptops a more permanent education tool when classes return to campus would be a welcome development.

Professors often cite a 2014 study by Pam Mueller of Princeton University and Daniel Oppenheimer of the University of California, Los Angeles as precedent for requiring students to take notes by hand. The study suggested that the use of laptops results in a shallower understanding of lectures due to a tendency of students to take notes from a professor’s lecture verbatim instead of being forced to adapt notes in order to take them down more efficiently.

In fact, when the U of M’s Student Accessibility Services office hires transcriptionists to provide word-for-word transcriptions of lectures, they are usually assigned in pairs and switch off. This is because typing that quickly is exhausting and one person alone simply cannot manage the speed.

In addition, many professors use PowerPoint as a visual aid while delivering their lectures.

When students taking notes by hand are presented with a summary of a professor’s lectures and have limited time to write down information, what motivation do they have to use their own words?

The U of M prides itself on supporting students who need academic accommodations, but it’s hard to see this as anything but lip service when professors are allowed to forbid computers, which are a vital part of many students’ accommodation plans. Sure, a student can get their instructor’s permission to use a laptop anyway, but it comes at the cost of being noticeably different from the rest of their classmates.

Is an opinion about learning styles, however well-researched, more important than a student’s right to privacy? No one should be put in the position of having to disclose disabilities without their consent.

Professors who follow accommodation plans while instituting policies that all but announce any deviation from the abled neurotypical norm are essentially telling students from the very first week that they matter less than the professor’s feelings.

But wait, professors cry — what about students who play games, watch videos and message people during class? Surely even other students can understand how that would be distracting.

The problem is, professors are considering this from their own perspective, not the perspective of other students. At the end of the day, students pay a lot of money to attend classes. The goal is to pass the course. If a given student chooses not to pay attention during a lecture, that’s their problem. It will no doubt show in their final grade.

To denounce the misuse of computers during class time is one thing, but to ban computers altogether alienates students who rely on them. There is no logic in penalizing entire classes, present and future, for the misbehaviour of previous students.

With the COVID-19 pandemic pushing at least the fall 2020 semester online, the U of M should take this opportunity to put an end to laptop bans.

After all, the alternative is once more forbidding students to type their notes after months of requiring a computer to attend class. If the university really wants to be front and centre, now is not the time to take a step back.

Taking it to heart