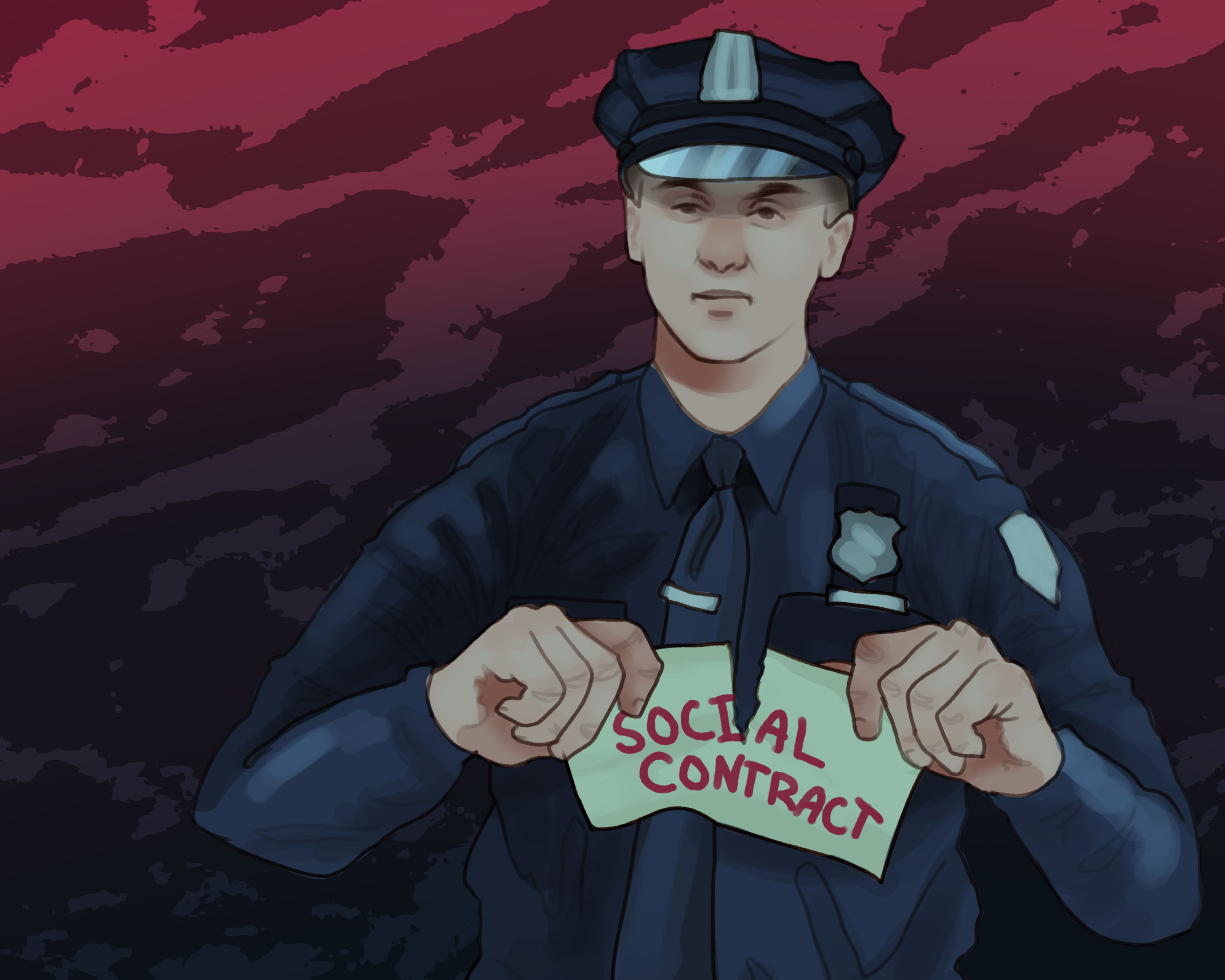 The idea that social contracts exist between peoples and institutions which form the foundation of civilization would suggest that there is a deeply participatory and democratic forum which people utilize to consent to structures of power and social organizations.

Danny Smyth, the police chief of Winnipeg, recently wrote an opinion piece for the Winnipeg Free Press discussing the “erosion” of a mythical social contract between citizens and police officers.

Instead of working toward constructive ends, Smyth seemingly used this platform as an opportunity to push a form of pity discourse which many police officers have run to since people have begun expressing their discontent with the system.

Contrary to Smyth’s assertions, no such forum or social contract truly exists in the elitist society we live in today. People have not consented to their racial and class subjugation.

Beyond this, the existence of a social contract suggests that culture is a bounded and homogeneous whole not subject to change. We are not born into a social contract nor do we ever re-negotiate them. A contract implies a level of permanence, but culture is in a continuous flux, often from individuals collectively redefining their identity and their relationship with hegemonic norms and power.

The social contract political theory is a dated and overly simplistic Enlightenment-era philosophy developed by a number of controversial figures to legitimize unequal modes of government.

The original thinker to publish work on social contracts, Thomas Hobbes, vouched for absolutism as the only viable option to maintain peace.

Absolute methods of ruling essentially provide an authoritarian ruler unlimited power to repress rights of the members of a society with impunity. Hobbes viewed humans as inherently greedy and self-interested. Therefore, he exclaimed institutions of power, in this case an authoritarian ruler, would be tasked with restricting peoples’ rights in exchange for peace — a suitable theory to help validate the expansion of the police state.

Another liberal thinker, John Locke, later built on the social contract theory, establishing that it was essentially rich white men that were to be in charge of maintaining power and peace. Locke argued that property played a central role in a person’s ability to participate in civil government. Due to the fact that virtually only white, rich men could own property — because African Americans were largely unable to own land before the American Civil War — the ability of marginalized groups to influence government was radically suppressed.

Locke was also an avid supporter and participant of the transatlantic slave trade. As a matter of fact, Locke was involved in the creation of the Fundamental Constitutions of Carolina, which supported the absolute authority of “freemen” over Black slaves.

The irony that the police chief is using a theory developed by such controversial and dated thinkers to validate and rally support for the police department is deplorable.

The fact is, police forces exist to protect status quo structures of power, not the people. Smyth’s article serves as a dangerous example of just how embedded the colonial rhetoric of service and protection has become. The paternalism that police forces express daily is part of the issue — certain peoples are delegitimized in the eyes of the law.

And now that the law has become delegitimized in the eyes of the people, it is suddenly the masses who are to blame for the so-called “erosion” of this mythical contract which, to my knowledge, nobody living has signed nor consented to.

What is more disturbing about this article is that Smyth truly believes that over the course of the Winnipeg Police Service’s 145-year history, the so-called checks and balances on police officers have worked.

Even if Hudson’s death is ruled within the legal parameters of lethal force, police should not have the right to act with impunity and publicly kill people, let alone children. Police must be held accountable for their actions.

If a social contract had ever existed, it was never the people who were to blame for its degradation — it was and remains the deplorable actions of power, systemic racism and violence perpetrated against Black and Indigenous lives which has sparked unrest with these so-called “checks and balances” Smyth holds such faith in.

This system’s roots are embedded in a colonial soil and these hierarchical systems will forever grow to enrich racial and class discrepancies.

This is precisely why “immediate and drastic” responses to injustices inherent in this system must be deployed.

Minor reforms have done nothing for Black and Indigenous lives over the past century and, if anything, work to simply keep populations docile while maintaining underlying power structures.

Defunding the police is not a “woke” or “instant gratification” movement like Smyth claims it is — it is a response to centuries of injustice and a demand for a more equitable future.