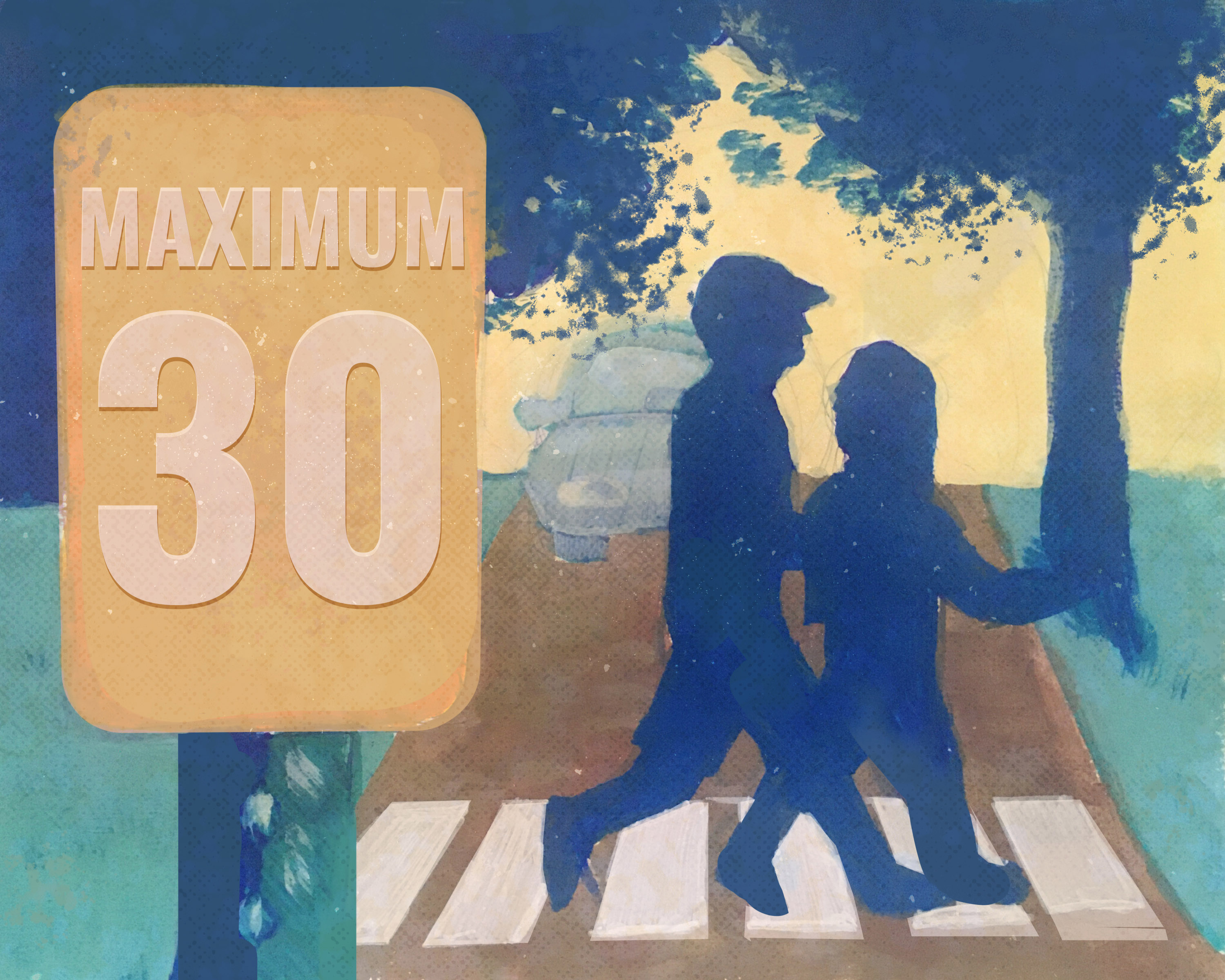 One of the benefits of the COVID-19 pandemic is, arguably, the increased numbers of cyclists and pedestrians turning to the outdoors for exercise. But with vehicles returning to the city’s roads, ensuring their safety is paramount.

The calendar year of 2019 broke the record for the highest number of pedestrian deaths caused by motorized vehicles in Manitoba — there were 17 deaths compared to Manitoba’s annual average of 12 deaths. On average, a further 130 pedestrians are injured by vehicles on Manitoba’s roads in a typical year.

Compounding this, there are approximately four cyclist deaths and 78 injuries per year in Manitoba, meaning action is needed to protect all users of our roads.

Winnipeg city council is set to evaluate, at its July 23 meeting, the proposal of conducting a pilot project to reduce the speed limit on several residential roads to 30 km/hr and on at least one street in each city councillor’s ward to either 30 km/hr or 40 km/hr.

Council will also evaluate the proposal of requesting the provincial government to modify the Highway Traffic Act to allow for reduced signage should speed limits be lowered city wide.

Currently, the traffic act sets an urban speed limit of 50 km/hr and requires frequent signage at any departure from that speed.

But having a universal residential speed limit would open the possibility of “gateway signage,” which is defined as the posting of default speed limits along the edges of neighbourhoods or cities.

This would allow the urban speed limit to be reduced along with reduced signage and greatly reduced cost — one estimate is $7.8 million to sign all residential neighbourhoods given the current traffic act.

Pushback to this proposal seemingly falls into just a few categories: 30 km/hr is too slow, it’s too hard to maintain speed while always looking at the speedometer — which removes drivers’ attention from roads — and cruise control does not work at such slow speed.

However, if a reduced speed limit prevents fatal collisions with pedestrians and cyclists and reduces the number of collisions with these unprotected users of roads, then it is appropriately slow.

These concerns, then, highlight the need for driver education. A reduced speed limit may take time for some drivers to get used to, but opposition may also speak to over-confident driving attitudes.

Frequently checking all the mirrors and driving under the speed limit is part of being an engaged driver. Checking mirrors ensures drivers are aware of everyone around them and driving slightly under the posted speed limit gives room for speed fluctuations without the need to continually monitor the speedometer.

Cruise control should never be used at lower speeds and should not be used in the city at all.

It is intended for clear weather and highway driving.

In setting a target for reduced speed limits and thinking about improving pedestrian and cyclist safety, the question arises as to whether it is about saving lives or reducing injuries.

A 2011 study done by Bert Lauwers — Ontario’s chief coroner at the time of the study — suggests that when pedestrians are hit by a vehicle travelling up to 30 km/hr, roughly 10.3 per cent are killed or maintain critical injuries. That rate reportedly jumps above 50 per cent of all pedestrians hit by vehicles travelling 60 km/hr.

Depending on the reports consulted and the priorities identified by city council, school zones may need a further reduction in speed if all residential speeds are reduced city wide. However, such a decision would likely be highly controversial.

But these actions alone are not enough. Alongside speed limit reductions is a need for driver education.

Education on why lowered speed limits are critical to saving lives and reducing injuries.

Education on safe driving strategies to ensure attention remains on the road and not solely on the speedometer.

Education on the need to be aware of your surroundings as a pedestrian or cyclist sharing roadways with speeding, possibly lethal rolling frigates of metal.

And re-education of currently licensed drivers on the new speed limits — 30 km/hr unless otherwise posted.

Following 2019’s record number of collisions with pedestrians, the city must investigate ways to improve pedestrian safety and road safety in general.

As well, the province must modernize the Highway Traffic Act.

Let’s hope these actions are embraced and we can all cross the road without yelling “I’m walking here!”

The threads that bind us