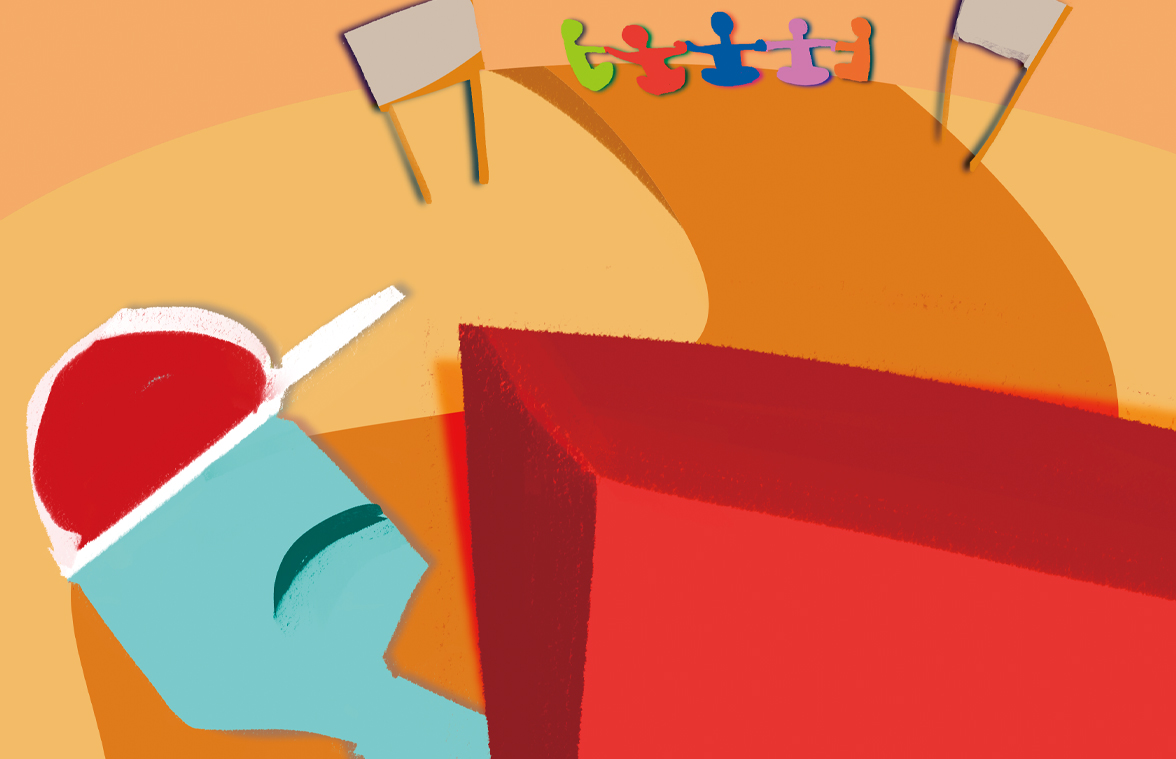 It seems that for David Chartrand, president of the Manitoba Metis Federation (MMF), solidarity with the ongoing mass movement in support of Wet’suwet’en in its struggle with the Canadian government is not on the table.

In a special statement issued last week, Chartrand denounced the movement after a Royal Canadian Mounted Police (RCMP) monument, the Canadian Museum for Human Rights and the Winnipeg constituency office of Minister of Northern Affairs Dan Vandal were all vandalized.

Chartrand labelled the actions a display of “cowardice” — then, somewhat ironically, went on to lament the feelings of RCMP officers and their families, and applaud the RCMP for the role it has played in reconciliation — forgetting, it seems, that the spark that set this fire in the first place was the cowardice of the RCMP.

For Chartrand, people who are presumably youths, engaging in symbolic political action — like defacing an RCMP monument, publicly showing defiance and undermining their legitimacy — are cowards.

The RCMP, on the other hand, who, knowing that land defenders were unarmed, raided a healing centre on Wet’suwet’en land and arrested matriarchs in a fully militarized way, are to be defended.

If only those young cowards with spray paint could be as respectable as those officers continually pointing sniper rifles at unarmed land defenders.

Chartrand seems to identify cowardice with resistance to power, even if the “victim” is public property.

His statement goes on to question the motives of the movement and denounce it for not being unified, questioning whether the demonstrations are for Indigenous sovereignty, against systemic oppression or for the environment.

These motives he offers are completely inseparable from each other — how can one fight for Indigenous sovereignty without also fighting against systems of oppression like settler-colonialism, which generate these struggles in the first place?

Traditional Indigenous ways of being are completely tied up in respect for the land, plants and animals.

The assertion of sovereignty and a break with settler-colonialism necessarily means a re-assertion of those cultural values.

Either Chartrand is completely clueless, stabbing in the dark at any way to distance the MMF from the movement, or he is writing in bad faith.

All of this adds up to an attitude toward politics that places respectability above effectiveness: if one wants to challenge power, to get anything done, it needs to be done in a way that does not offend the sensibilities of the power being challenged.

Such an attitude is completely ahistorical — it uncritically accepts the narratives of the ruling class around social and political change. One would be hard-pressed to find a single instance in history where the oppressors granted the oppressed any concessions because they proved themselves to be deserving of them.

The narrative, perhaps most famously, often invokes the legacy of Gandhi, conveniently forgetting there was an on-going armed conflict at the same time as his hunger strike — the successful assertion of sovereignty was likely more due to the armed conflict than anything Gandhi did.

All political struggles that have any chance of success necessarily offend the state of things. They aim to do away with them.

If your struggle does not do so, that is likely because your struggle is not truly for the most oppressed of your society and, as such, does not pose any serious challenge to the powers that be.

Of course, Chartrand is an intelligent, capable man, and he probably already knows this.

In his statement, he invokes the Métis nation’s legacy of rebellion — albeit to try to make an argument against the ongoing resistance to Canadian settler-colonialism.

If he is going to invoke these moments from history, he would do well to also remember that the North-West Mounted Police, a precursor to the RCMP, was arguably created for the purpose of putting down Indigenous resistance to the west-ward expansion of Canada — notably, playing a role in suppressing the North-West Rebellion and forcing through the building of railways that enabled further Canadian control of Indigenous lands.

In this light, Chartrand’s statement reads more as apologia for settler-colonialism, attempting to position the Métis nation as separate and more deserving of respect than those rowdy land defenders than anything.

Siding with the oppressor is shameful and should be criticized.

Chartrand must reconsider his position or elaborate on it further. His concerns about creating division among Canadians may be coming from a well-meaning place, but they are ill-conceived.

Bringing to the forefront a politics of Indigenous sovereignty and asserting power through it should be met with enthusiasm.

We cannot simply ignore the contradictions inherent in Canadian society for the sake of some abstract notion of unity.

Progressive Conservative climate action plan not progressive where it counts