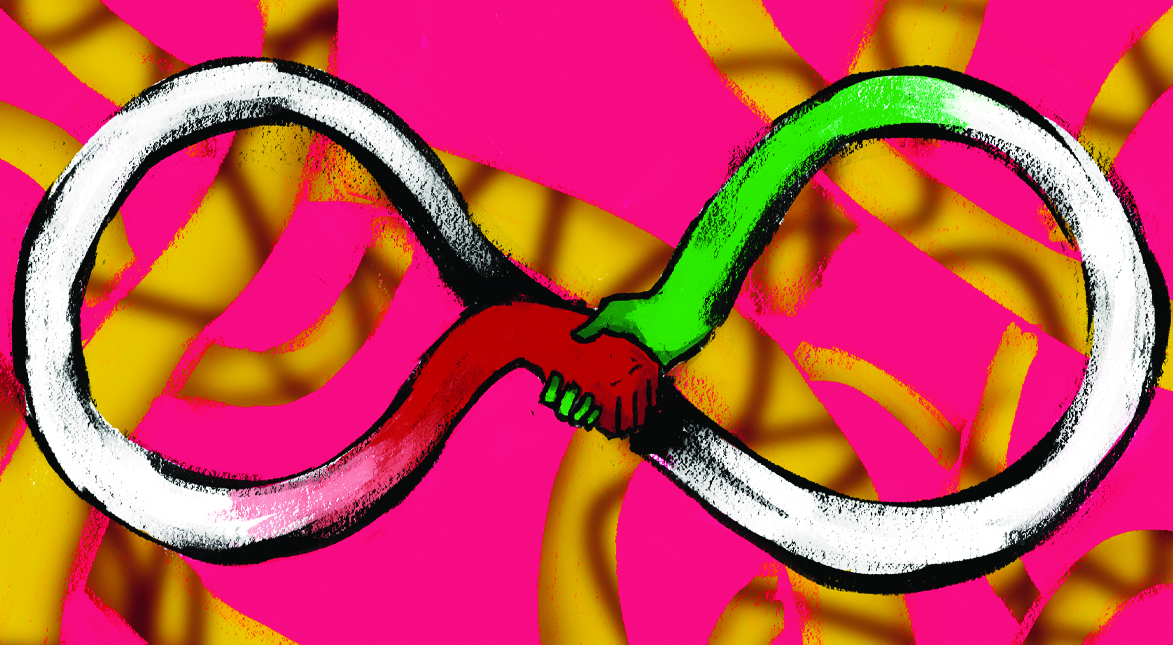 Across Canada, the neoliberal tide is sweeping across post-secondary education with little to no effective resistance from student unions or any other groups beyond non-combative advocacy.

The latest expression of this trend is to be found in recent changes to the funding of post-secondary institutions in Alberta.

The government of Alberta recently announced changes to how funds are allocated to post-secondary institutions through the Campus Alberta Grant. The changes are a move toward allocating funding through the grant according to the performance of universities following certain metrics.

Nothing is settled yet, but some possibilities the Alberta government has floated include allocating funding based on graduation rates, graduate incomes and employment rates, privately funded research revenue and student satisfaction. The funding tied to these metrics could represent as much as 40 per cent of total annual operational funding by the 2022-23 academic year.

These changes come on the back of the announced lifting of the current freeze on tuition — to be cancelled in time for the 2020-21 academic year — and overall cuts to funding for universities — amounting to as much as 7.9 per cent in the 2020-21 academic year. Interest charged on government-issued student loans also increased, accompanied by hundreds of millions of dollars in cuts to tax rebates for students.

The news has been received by student advocacy groups such as the Alberta Students’ Executive Council with optimism. It claims the move could enhance how university funds are spent and save students money.

However, others are less enthusiastic and are raising warnings about the potential implications of linking funding to outcomes for academic freedom, the arts and the integrity of post-secondary education.

The consequence of these changes is that universities are likely to be structurally compelled to prepare students for employment in the fields directly related to their degrees, rather than providing a genuine education which doubles as both a social good and has been demonstrated to benefit graduates to a greater extent in the long run. The liberal arts, which train students in critical thinking and how to synthesize information, are at risk because they do not belong to any single industry. Of course, this is not to take away from the experience of those students enrolled in science- and technology-related fields — these fields are necessary for any society to properly function. However, many of these fields could be seen as being in greater demand than the liberal arts so long as economic conditions favour them.

The issue is that a capitalist economy is fundamentally one that runs on boom and bust cycles and on competition. Workers compete against each other for the same jobs, driving down wages, and businesses compete against each other, driving the perceived efficiency and productivity. The result is that, for example, a promising student at the beginning of their studies may soon find themselves graduating in a world where the industry they were counting on for employment has folded.

Given the recent mandate letters issued to Manitoba’s universities — which will similarly tie funding to performance measurements — as well as the recent shuffle in the provincial cabinet, similar changes are expected to come to Manitoba in coming months.

Whether in Alberta, Manitoba or anywhere else, shifts toward performance or outcome-based funding models are bad news for students and bliss for big business, which can count on trained armies of graduates clamouring for jobs, driving down wages and making workers with that technical knowledge more and more replaceable. To some extent this is already the case — in Alberta in 2016, as part of a bust cycle, just 363 engineering students found internships out of a class of 812. But once universities are structurally compelled to only offer these types of educations, what happens to the rest of us? Do we continually re-educate ourselves hoping to be the lucky ones to predict where the job market will be in a few years?

Also at hand is the issue of what happens to students when institutions fail to meet their targets and then receive a shortfall in funding — are students expected to pick up the bill in the form of tuition hikes? Will this lead to an acceleration of the trend toward more casual teaching staff that only leaves our educators in increasingly precarious positions as institutions try to cut costs? In all likelihood, there will be a combination of both.

The reality is that these shifts in funding are a neoliberal act of corporate welfare. The only beneficiaries of these setups are the business owners that benefit from extra competition among workers and a growing untapped reserve of potential labour — the unemployed. Even better for them if they are saddled with student debt — desperation only exacerbates the problem.

It’s nothing but a downward spiral that promises to deepen inequality by making one of the only traditional methods of upward class mobility — getting a post-secondary education — even more out of reach for working-class students.

As these changes spread across the country, students need to be prepared not only for themselves, but for future students and society at large. Do we want to live in a society that’s run at the whims of a market for the few at the expense of the many?

It is not the time to rely on milquetoast liberal advocacy by groups of individuals that benefit from collaboration with sitting governments. Now is the time to fight.